VPN for Türkiye – a fast and reliable Türkiye VPN service 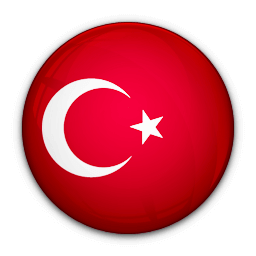 Türkiye is censoring its Internet since mid 2014, and although it is not on the very top of the world’s biggest Internet censors list, the censorship situation in Türkiye is still a big concern. A VPN is a great solution to bypass Internet censorship, but it’s not its only advantage. The recent ID fraud in Türkiye where over 50 mln personal details were posted online proves that online security and safe internet browsing should also be of a great concern.

The solution to all of these is a rapid and reliable VPN connection in Türkiye and abroad, and Le VPN’s Türkiye server is your answer!

Le VPN in Türkiye provides incredibly fast connection speeds for Southeastern Europe and Western Asia, providing unlimited traffic and a reliable and stable VPN connection at all times. If you are looking to protect your online privacy and a secured connection, then simply connect to our Le VPN server in Türkiye, and by changing your IP address to that of a Türkiye one, you will be able to enjoy the best VPN service in your region!

Le VPN offers all three of the major security protocols for Le VPN Türkiye servers:  Open VPN, PPTP and L2TP over IPSec. When connecting to our Türkiye VPN, you may choose any of these protocols and change them at your convenience, as Le VPN offers unlimited switches between servers and protocols. To learn more about each protocol please view the dedicated protocol pages:

If you are currently staying outside of Türkiye but still wish to access Türkiye-only websites, you might run into issues when trying to access them abroad. Le VPN for Türkiye allows you to easily unblock Türkiye’s TV websites from anywhere in the world.

With some Turkish media websites imposing geographical restrictions on viewing their content and online videos, it can be difficult to access from abroad. Geo-location intelligence has also been known to be implemented in order to prevent access to their content and services to users from outside of Türkiye. With Le VPN and a Türkiye VPN service, you can easily unblock any media website from Türkiye, allowing you the ability to watch Turkish TV from abroad.

With a Türkiye VPN service, you can virtually reside in Türkiye even when you are abroad. Stay “home away from home” with a Türkiye IP address provided by Le VPN. Simply connect to Le VPN and by choosing a Türkiye IP, you will be able to access all the content you desire from Türkiye, without even being in the country.

Get a Türkiye VPN included with the Le VPN Premium package!

Getting a Türkiye VPN is very easy, as Le VPN Türkiye, along with VPNs for 113 other countries, is already a part of Le VPN Premium package.