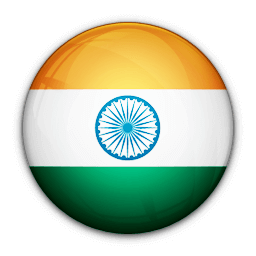 Are you living in India or even just travelling there? You might be after a quick and reliable Indian VPN connection, and our Indian VPN server is your answer!

Le VPN provides an ultra fast connection speed for India, a stable VPN connection and no limits on traffic. With online security such a high priority, you might be after securing your connection from wherever you are. Simply connect to our Indian Le VPN server, which changes your IP address to one in India, and enjoy our VPN service in India!

How to Connect to a VPN Server in India:

SUBSCRIBE TO ONE OF LE VPN’S HIGH QUALITY SECURE VPNs:

Getting started with a VPN in India is simple, thanks to our all-inclusive subscription pricing with immediate activation. Our secure connections can work with various devices and OS environments. Do you need to connect to Indian IPs while traveling abroad? Want to access international content that is blocked by Internet providers in India? We can take care of both! With Le VPN, you can stream content on Windows, Linux or Mac computers as well as various mobile devices.

No matter what device you prefer to use, we have the VPN protocols you need to get connected.

INSTALL LE VPN ON A LAPTOP OR MOBILE DEVICE AND LOG ON:

While providing VPN service to India is important, we also have 800 servers spanning across 120+ countries. If you get blocked when you’re in one location, Le VPN will use another server to route your activity — and can find the location where you have unrestricted access.

Le VPN’s software includes several VPN protocols and port options for connections to and from India. While we normally recommend OpenVPN Port 53 as the default option, there are also alternatives. If you the port happens to be blocked when you’re in India, our software includes five other options to connect via different ports and protocols.

With our all-inclusive subscriptions, you can continuously watch the content you want on multiple devices. Enjoy your favorite websites hosted in India (or blocked in India), TV shows and other exclusive online content hosted in India. Get simultaneous uses on different devices with Le VPN, as well as an unlimited amount of switches between servers and no caps on speed and bandwidth.

Le VPN offers all three of the major security protocols for Le VPN India servers:  Open VPN, PPTP and L2TP over IPSec.  When connecting to our India VPN, you may choose any of these protocols and change them at your convenience, as Le VPN offers unlimited switches between servers and protocols. To learn more about each protocol please view the dedicated protocol pages: 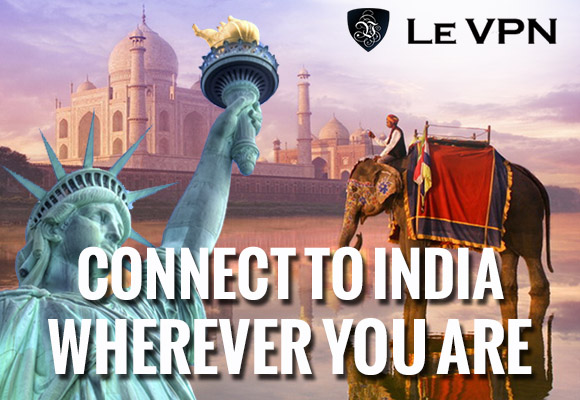 Unblock websites with an India VPN

If you are based outside of India, whether through work or just travel, you might need to access some Indian websites that are only available in the country. Le VPN for India will simply unblock these restrictions and allow you to access these regional restricted websites, no matter where you are.

There are Indian websites that restrict access from outside of the country, due to licensing issues as well as security reasons. Geographical systems restrict access to content and services to anyone from outside of India. With an Indian VPN service you can easily unblock any Indian-only website, allowing you to watch Indian TV from anywhere in the world.

Virtually reside in India with an Indian IP address

For anyone who often or occasionally travels outside of India, Le VPN offers other advantages. Travelling often requires being able to access certain websites, such as online banking and news sites. But unfortunately, these sites can sometimes be regionally restricted. Anyone attempting to access these sites from abroad will encounter a restriction, which can be very inconvenient when travelling.

With a Le VPN and an Indian IP address you can now virtually reside in India even when you are away. Even if you’re on vacation in Europe, you can still remain “home” by connecting to an Indian VPN by Le VPN.

Getting an India VPN is very easy, as the India VPN, along with VPNs for 120 other countries, is already a part of all Le VPN plans.