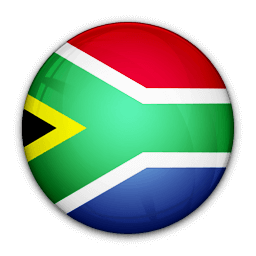 Are you based in the Republic of South Africa or in the rest of Africa?  If you’ve been looking for a quick, reliable and safe African VPN connection, then our South Africa VPN server will be perfect for you!

Le VPN in South Africa provides a quick connection speed for South Africa and the rest of Africa, without any limit on traffic and a stable VPN connection at all times.  If you are looking to protect your privacy online as well as securing your internet connection, then by simply connecting to our Le VPN server in South Africa, change your IP to a South Africa IP address and enjoy our South African VPN service!

If you are living in an internet-censored country that continually blocks news, media and social media websites then Le VPN for South Africa can help you bypass these restrictions.

By connecting to our South Africa VPN server, you will be leaving the restrictions of a censored country. With Le VPN South Africa, you can easily unblock any social media sites, such as Facebook, Twitter, YouTube or Google+. Use a South Africa VPN connection to bypass all restrictions imposed online and enjoy your true internet freedom!

For South Africa residents who travel outside of South Africa, Le VPN offers many other advantages. When you need to access certain accounts abroad, you may run into limitations, whether its online banking or just a certain account, which can be frustrating when travelling.  Such websites often restrict all access from abroad for security or safety reasons, which can be very inconvenient when you travel. 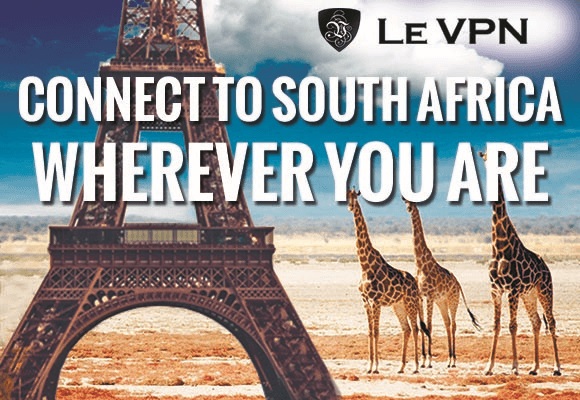 If you are based outside of South Africa, and have attempted to access certain South African websites but have been met with restrictions, then Le VPN can provide a solution.

Le VPN offers all three of the major security protocols for Le VPN South Africa servers:  Open VPN, PPTP and L2TP over IPSec. When connecting to our South Africa VPN, you may choose any of these protocols and change them at your convenience, as Le VPN offers unlimited switches between servers and protocols. To learn more about each protocol please view the dedicated protocol pages:

Get a South African VPN included with the Le VPN Premium package!

Getting a South African VPN is very easy, as Le VPN South Africa, along with VPNs for 113 other countries, is already a part of Le VPN Premium package.