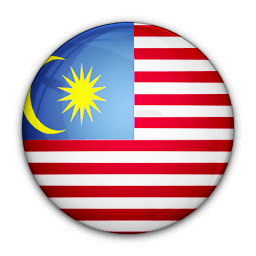 Do you currently live in Malaysia or Southeast Asia? Have you been looking for a fast and reliable Malaysian VPN connection? We have the solution for you, our Malaysian VPN server!

Le VPN not only provides a stable and safe VPN connection but it also boasts high speed connection times for Southeast Asia and unlimited traffic. The Malaysian VPN service is perfect if you need to change your IP address to a Malaysian one or just need a secure connection where your online privacy is protected.

Virtually reside in Malaysia from abroad with a Malaysia IP

Are you a Malaysian resident who often travels abroad? Do you find yourself locked out of websites/services websites whilst abroad? Often whilst travelling we need to access import things such as state websites, news or online banking, and sometimes we just really need to listen to music from an online account. But often when travelling outside of Malaysia we cannot access these services, which can be very inconvenient when stuck on the other side of the world.

Three major security protocols are offered with Le VPN Malaysian servers: Open VPN, PPTP and L2TP over IPSec. A Malaysian VPN means you are able to chose any of these protocols, switch them unlimited times and change them for another whenever you desire. Clicking on individual protocol pages provides more information on the security protocols:

Unblock Malaysian websites with a VPN in Malaysia

Have you been trying to access Malaysian websites outside of Malaysia to no avail? With Malaysia Le VPN you can unlock those websites wherever you are in the world!

Some Malaysian websites can only be watched inside the country, geo-location intelligence blocks viewers from other countries accessing certain Malaysian content and services. However with a Malaysian Le VPN service you can unblock any Malaysian only based websites, meaning you can access these websites wherever you are in the world.

Get a Malaysia VPN included with the Le VPN Premium package!

Signing up for Malaysian VPN is quick and easy, and not only do you get a VPN for Malaysia, but with Le VPN premium package you get VPN’s for 113 other countries.

Le VPN Premium not only offers three security protocols: Open VPN, PPTP and L2TP over IPSec; but it allows for unlimited traffic; unlimited switches between servers; and a simultaneous connection using two different devices at one time!