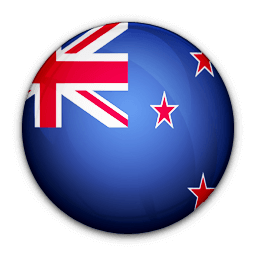 If you are living in New Zealand, or perhaps just staying there as a backpacker or traveller, you might be in need of a fast and reliable VPN service. Our New Zealand VPN server might be just what you are looking for.

If you are based anywhere that has restricted Internet access, whether it’s the workplace, school library or just heavily controlled Internet access then Le VPN for New Zealand can help you. By simply connecting to our New Zealand VPN server, you are bypassing all these restrictions and accessing the complete freedom of the Internet. With Le VPN New Zealand, you can easily unblock social media sites that are blocked, such as Facebook, Twitter, Google+ or YouTube. Use a New Zealand VPN connection to bypass all censorship and to enjoy true Internet freedom!

For anyone who lives in New Zealand but occasionally travels abroad you might find that it is difficult to access certain websites, including online banking, TV streaming sites or just any site that is regionally restricted. Le VPN can offer you many advantages, including the ability to ‘virtually live’ in New Zealand and access all the content that usually restricted outside the country. These websites impose geographical limitations as a means of security or simply licensing issues preventing access from anywhere else. Simply connect to Le VPN and by choosing a New Zealand IP, you can easily access all online content from wherever you are in the world.

Le VPN offers all three of the major security protocols for Le VPN New Zealand servers:  Open VPN, PPTP and L2TP over IPSec.  When connecting to our New Zealand VPN, you may choose any of these protocols and change them at your convenience, as Le VPN offers unlimited switches between servers and protocols. To learn more about each protocol please view the dedicated protocol pages:

Get a New Zealand VPN included with the Le VPN Premium package!

Getting a New Zealand VPN is very easy, as Le VPN New Zealand, along with VPNs for 113 other countries, is already a part of Le VPN Premium package.