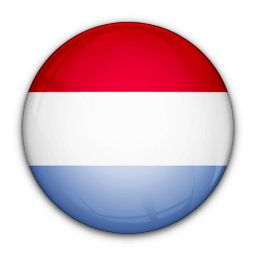 Le VPN Luxembourg has everything you need. It can protect your online privacy, change your IP location to whatever you wish and provide you with a safe connection. Not to mention it provides a fast and stable connection with unlimited traffic!

Are you are currently living outside of Luxembourg but want to reach content only available in Luxembourg? If so, Le VPN Luxembourg is for you. Geo-location intelligence is used to restrict outside users from accessing regional content. Which means if you’re travelling abroad you may not be able to access websites that you would normally have access to when you were in Luxembourg. Luxe.tv, Chamber TV, RTL9 and YouTube are all examples of websites that impose a geographical restriction on access to their content. So if you want to be able to able to have access to any content anywhere in the world, then all you need is Le VPN.

Do you find yourself in a country that has censored online media, social networks or news? Don’t worry, by using Le VPN Luxembourg you can avoid any internet censorship wherever you are in the world.

Le VPN Luxembourg allows you to unblock sites such as Facebook, Twitter YouTube and Google+ if you happen to be in a country that censors content. By using VPN Luxembourg, you can have unlimited internet freedom wherever you are in the world, in one click!

Do you live in Luxembourg but travel outside the country for work? if so you may have experienced geographical restrictions on sites such as online banking, state websites or even apps like Spotify. This can be a pain when travelling as not being able to access important and essential websites can really spoil a business trip or holiday.

Get a Luxembourg VPN included with the Le VPN Premium package!

When you buy Le VPN premium package not only do you get a Luxembourg VPN but you also get a further 113 countries too.

Not only does Le VPN premium package come with IP addresses from 100+ locations, it also comes with simultaneous connection from two different devices at one time, unlimited traffic and three security protocols.