Top 10 reasons to use a VPN

Whether you need Le VPN to keep your important business documents private or just want to be able to enjoy the new Netflix shows that people in the US have been raving about, we have you covered. The best part is, no matter what purpose of a VPN that you choose Le VPN for, you get access to all of our great features from one low cost plan. 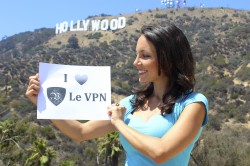 “I’m a newshound. I find that when you only watch news from one country, you get a one-sided perspective of what’s really happening. I use my VPN to unblock geographically restricted content. I can connect with a UK server and watch local NBC affiliates or live broadcasts of these channels, as if I’m based in the country myself. I can get the firsthand news I need instead of a summary from an international report.” 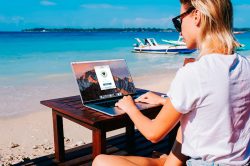 “I live in Spain and BBC iPlayer doesn’t work here. I use my VPN to unblock online television services and my favourite shows,  not to miss a single episode. Plus, it works on my smart TV too!

With Le VPN, I also get access to a SmartDNS service which allows me to stream content from multiple regions at fast speeds. The VPN allows me to change my geographic zone and unblock different content libraries from different countries. Because I speak English and Spanish, I can unblock American, UK and Latin American online TV through VPN servers in the US, UK, Chile, Costa Rica and other countries. This gives me more selection when I’m choosing my shows and movies.” 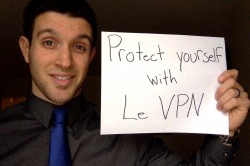 “I’m an independent trader in the financial markets, so I’m constantly traveling for my work. Because there is so much travel involved with my career, I’m always working on my iPad or Mac in public cafes, airports or co-working spaces in various countries. Because I work with a lot of sensitive information on behalf of my clients, Le VPN gives me peace of mind by providing an online security solution. My connection is encrypted, and my browsing footprints, transactions and communications stay protected at all times.”

“When I’m browsing the Internet or looking for a product, I don’t think it’s anyone else’s business to know what I’m searching for — especially advertisers who will cloud my next searches with ads I’m not interested in.

I use my VPN to protect my online identity and browse the Internet anonymously. Le VPN masks my IP address, so I am the only one who knows the true extent of my digital footprint. This helps me avoid being tracked by advertisers and their retargeting efforts.” 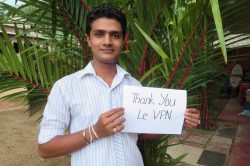 “I live in Sri Lanka, and I do not have access to a free and open Internet. The government censors the Internet and monitors our access. This makes browsing certain sites, watching certain videos, or uploading content extremely difficult.

I use my VPN to bypass Sri Lanka’s web censorship. Le VPN helps me access the content I want the moment I want it, so I don’t have to worry about my websites or content being blocked.” 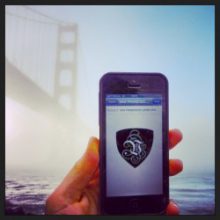 “It seems like every day I rely on my smartphone even more. While it’s certainly convenient, it also comes with serious security concerns. For example, how can I be sure of who’s monitoring my activity when I connect to a Wi-Fi or 3G network?

I use my VPN for the peace of mind that comes with guaranteed mobile security. Because Le VPN makes sure traffic is encrypted and routed through highly-protected and reliable servers, I don’t have to worry about anyone eavesdropping on my activity.” 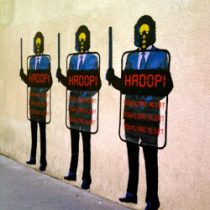 “I like using peer-to-peer networks to share files with people across the globe. But I’m worried about who can see what I’m doing when I use tools like uTorrent or eMule.

I use my VPN to make sure that no one can see what files I’m sending or receiving on peer-to-peer sites. Traffic routed through Le VPN’s servers is heavily encrypted. This means that if someone gets a look, they won’t be able to detect or determine my actions. Whether I’m transferring or downloading files, nobody can tell the difference. They also can’t see the content or its destination, so my file sharing always stays private.” 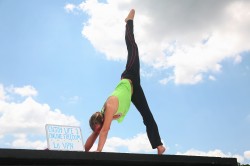 “I rely on social media to stay in touch with friends, keep up with breaking news and more. But when I traveled last summer through Asia, many of these sites were blocked in certain countries. I wanted to share my travel experience with my friends, but Facebook, Twitter and Instagram were inaccessible — I felt disconnected.

I use my VPN to make sure I can unblock social media sites no matter where I am, so I can always stay in touch with friends and family.” 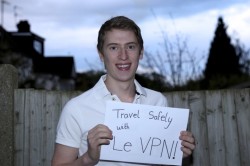 “I’m a college student and just returned from a semester abroad in Asia. It was an experience of a lifetime, but of course there were days that I was homesick. Fortunately I had Le VPN so that I could always maintain an “online” connection to home – whether I was sharing photos of my trip with my family through Facebook or staying up to date with my favorite shows on Netflix. I was even able to watch a few of my favorite football team’s games using Le VPN’s SmartDNS service.

I use my VPN to make sure that no matter where life might take me, I can access the websites and online content that I want. Le VPN provides an encrypted connection, so I can remain secure no matter where I am.” 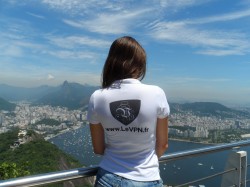 “I learned the hard way: When you use a public Wi-Fi connection, there could be someone watching. In my case, that person stole my credit card number when I made an online purchase during my travels in Brazil. A few days later, their splurges showed up on my credit card statement.

Now I make online purchases through the Le VPN tunnel, so my activity is protected regardless of how I connect to the Internet.”

Evading hackers, bypassing web censorship, unblocking online TV shows & more – it’s all in a day’s work for Le VPN clients.
Do you relate with these top 10 reasons for using Le VPN, or do you have an entirely different purpose for your VPN? Tell us, we’d love to hear!