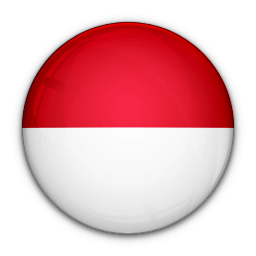 Have you been looking for a fast and reliable Indonesian VPN connection?  If you live in Indonesia or just simply staying there, our Indonesia VPN server is everything you need!

Le VPN in Indonesia provides ultra quick connection speeds for Southeast Asia, unlimited traffic and a reliable VPN connection at all times.   Securing your Internet connection and protecting your online privacy is easy with a VPN, simply connect to our Le VPN server in Indonesia, change your IP address to one in Indonesia and enjoy our Indonesia VPN service!

If you are based outside of Indonesia but wanting to still catch up with Indonesian TV then Le VPN can unblock these channels and websites that are usually restricted when attempting to view them from outside the country. Some Indonesian media websites impose geographical limitations on their content, which includes videos. With Le VPN you can easily unblock any Indonesia-only website, allowing you to watch Indonesian TV no matter where you are accessing it from.

For anyone who lives in Indonesia who regularly travels abroad, Le VPN offers other advantages. Travelling abroad you might find yourself having to access websites that can only be accessed in Indonesia; these might include online banking, music streaming sites or just news sites. This kind of websites often restrict access from abroad, whether for security or licensing issues, which can be very inconvenient when you need to access them.

With an Indonesia VPN service from Le VPN you can now virtually reside in Indonesia, even when you are thousands of miles away. By connecting to an Indonesian IP address provided by Le VPN, you can simply access all the websites as if you were still in Indonesia.

Le VPN offers three of the major security protocols for Le VPN Indonesia servers:  Open VPN, PPTP and L2TP over IPSec.  When connecting to our Indonesia VPN, you can simply select any of these protocols and change them at your convenience, as Le VPN offers unlimited switches between servers and protocols. To learn more about each protocol please view the dedicated protocol pages:

GET AN INDONESIA VPN INCLUDED WITH THE LE VPN PREMIUM PACKAGE!

Getting an Indonesian VPN is incredibly simple, as the Indonesia VPN, along with VPNs for 113 other countries, is already a part of Le VPN Premium package.