New communications data bill in the UK will oblige UK telecoms firms to store Internet history of their clients for 12 months, if passed 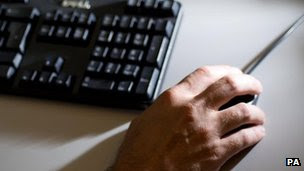 New communications data bill in the UK will oblige UK telecoms firms to store Internet history of their clients for 12 months, if passed. The UK Parliament is discussing a draft of a new communications data bill, also described as the “snoopers’ charter”, that is being heavily criticized in the UK.
The new data bill in the UK, if passed, will give an unprecedented power to the UK police to access and monitor the internet history and logs of all the Britons by obliging the telecoms firms to store the internet history of their users for a 12-months period.
If the communications data bill in the UK is passed, the telecoms firms will start storing for 12 months the following data:
The collected data will include the time, duration, originator and recipient of a communication and the location of the device from which it was made.
According to the bill, the police officers will not have access to the content of the messages without a warrant, but won’t need any additional permission to access the rest of the data at their convenience, such as the details of the time and the place of message. The following 4 bodies will have access to it: Police, the Serious and Organised Crime Agency, the Intelligence Agencies and HM Revenue & Customs.
The UK ministers argue that law enforcement agencies need to keep pace with changing technology, but civil liberties campaigners describe the proposed bill as a “snooper’s charter”.
As reported by BBC, the UK Information Commissioner Christopher Graham has warned that the plans to monitor all Britons’ online activity risk uncovering “incompetent criminals and accidental anarchists” rather than serious offenders.  Christopher Graham added that the “really scary people” could simply avoid detection by changing their behavior, including using overseas VPN networks that permit encrypted communications and keep no logs of their users.
The proposed communication bill is certainly a concern for those who reside in the UK and value their online privacy and anonymity. Mr Henry Porter, the regular columnist of the Observerand UK editor of Vanity Fair, said “I don’t believe this entire nation should subject itself to massive surveillance campaign by a few people who appear to be unscrutinised and the methods untransparent”.
Certainly, one of the best ways to protect oneself against the “unlegislated snoopers” or hackers and cyber criminals, who steal private information in the Internet, is using a VPN connection or virtual private network for all your Internet connections. A VPN network encrypts all your online data and sends your traffic through an encrypted virtual tunnel, making your Internet usage safe and confidential.
There are many VPN providers currently on the market that can help you to encrypt your Internet connection, and many of them are free VPN. When choosing your VPN provider, we advise to be careful with free VPNs for the many dangers that you may encounter using their service (for more detail, read our blog on Free VPN vs. Paid VPN). But even when selecting a paid VPN service, one needs to be careful making sure not to be subscribing to one of those “overseas VPN that keep no logs” that will probably be used by “UK snoopers” and that risk having their VPN IPs blocked in the UK and other countries in case of such usage. The best would be to study the Terms & Conditions of Service of each VPN provider that state the terms of use of VPN service, before one subscribes to a VPN tunnel.
Le VPN is one of the established European VPN providers and has anti-fraud systems in place that help it to filter out all subscription requests from cyber crime individuals. Le VPN currently has VPN servers in 120+ countries, including the UK, and already helps its many clients to protect their online activities and keep their Internet anonymity and privacy, whether they are based in Europe or overseas.