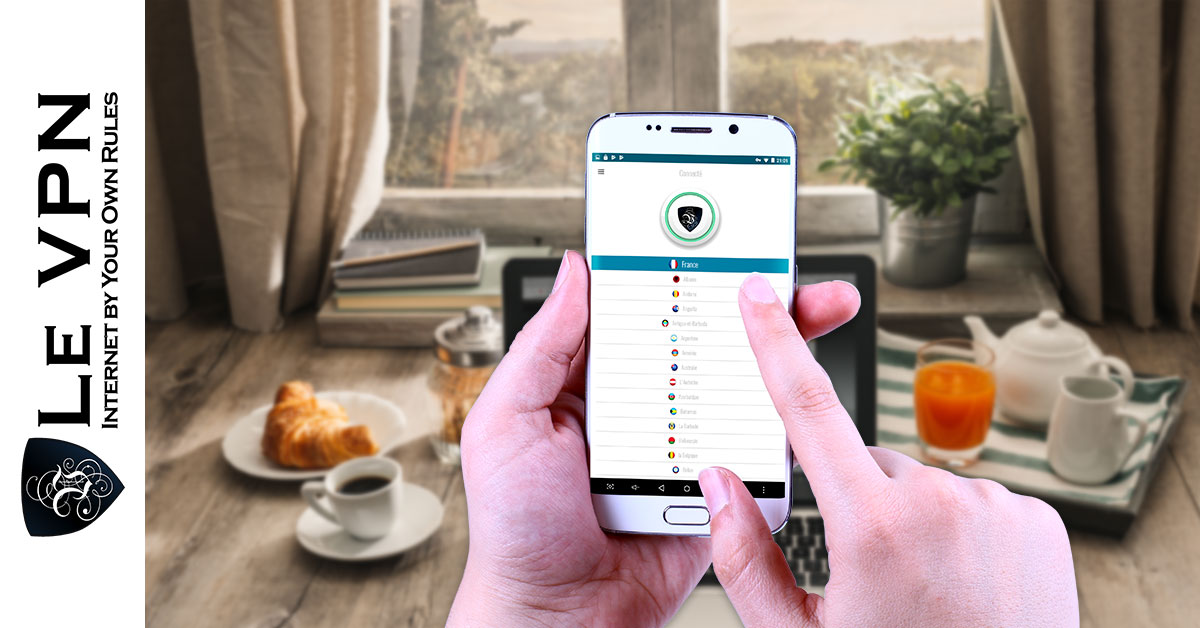 Google is planning to launch a new anti-spoofing feature for its Android OS. This feature will add more security to the biometric authentication mechanisms. As you know, such biometric technologies like fingerprints and face recognition allow unlocking devices without much hassle. However, at the same time, you become vulnerable to online attacks as they can be fooled quite easily! Therefore, Google’s new plan to hit the market and prevent cyber threats over Android. These threats can be cut off with the best Android VPN, Le VPN.

With the growing dependency on the internet, we are at an increased risk of online threat. Therefore, the need for a method that offers online security. And a VPN is one of the popular techniques for ensuring online security, privacy, and data safety. Additionally, you can unblock your favorite online content and bypass geo-restrictions. If you are using Android handset, make sure that you pick the best Android VPN service. And Le VPN is the right option.

VPN or Virtual Private Networks is popularly in use for internet security. The VPN hides the IP address and location of an individual, thus preventing from hackers and cyber threats. Do not fall prey to free VPN claims as they can be extremely unsafe. Le VPN is the best Android VPN with a Kodi solution. In the era of smartphones, we are always under cyber risk. The risk is more if we regularly engage in the online transactions over a public or shared Wi-Fi networks. Here, Le VPN is the best Android VPN that encrypts the data and masks users’ identity and location. Simply download Le VPN’s best Android VPN app and get going.

Many VPN service providers are offering free services. However, this may be a trap. You may have to compromise your data for the free service. The reason: Such companies may sell your user data and internet logs to marketing companies or third parties. Therefore, we suggest not to fall prey to such free VPN service providers. Instead, opt for Le VPN and then access Kodi from a secure and private internet connection.

Say, you are traveling to a country where the Government censors a particular TV show. However, if you are using the best Android VPN, you may still watch them without any hindrance. You will be able to unblock them with Kodi. When you access Kodi with Le VPN’s IP address, no one will be able to track you. Therefore, you maintain your online anonymity as well.

However, be aware of free VPN for Kodi, as it is vulnerable to the cyber threats! Go for Le VPN to enjoy internet connectivity at high speed. You can anonymously unblock Kodi. If you are using the best Android VPN, your IP and location are hidden. This makes the geographical content of the other location available which may be otherwise unavailable in the current location. No matter what you do online, from banking to sharing your personal data and documents, Le VPN ensures an encrypted connection.

Go for seamless internet streaming on the best Android VPN!