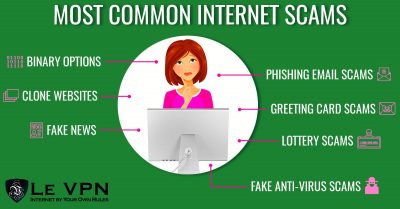 What cybercrime is all about

Internet fraud includes all criminal offenses committed through computer and mobile networks, including the Internet. Criminals are increasingly ingenious use of modern technology to commit various offenses. Also, there are many people who are specialized in hacking of data and information systems for such companies.

As for individuals, there are many packages, such as hacking computer data and systems, identity theft, distribution of child sexual abuse, fraud when selling through ads or Internet auctions (selling stolen or undelivered goods items …) unauthorized access to financial services online access, virus propagation, deploying botnets, various scams and varied via email, such as phishing (“phishing”), etc..

This is one crime that is currently experiencing the most growth: the anonymity that the new technologies are a strong asset for cybercriminals.

According to Norton, every second, 18 web users in the world are victims of malicious acts committed online, which represent more than a 1.5 million people every day. In 2012, this represents 556 million adults in the world who have been victims of cybercrime, which is more than the total number of people living in European Union.

In France for instance, the law says that internet fraud can lead to a 5-year imprisonment sentence and a fine that can reach a maximum of 375,000 euros. But it is not always easy for the authorities to gather evidence, due to the technical and execution speed offenses. However, there are a number of safeguards to prevent most of these critical offences.

Compared to older generations, a Symantec survey found millennials engage in more risky online behaviors. More than 30 percent of millennials admitted to be sharing a password, compared to 15 percent of baby boomers.

Fraud is out there and everyone needs to not only be aware of it but actively preventing it!

To protect its data, a company must have a system with very secure network safety. For individuals, a VPN service is a great way to protect your data and anonymity on the Internet.

Thus, for a few dollars a month, you will make sure that your data remains confidential and that your computer and mobile devices are safe. Its technology allows you to establish an encrypted VPN tunnel to a host (or server) on the Internet. You can surf anonymously, without limitation, as it is impossible for others to intercept your traffic because of the VPN server. Your Internet activity is undetectable. After enabling your VPN service, your IP address is automatically replaced by an IP address which is made anonymous and is based in the country where your server is located.

Your position on the Internet is virtually impossible to detect and it allows you to reduce your online traces. Enjoy the Le VPN offer with VPN servers available in 100+ countries and a third security protocol. surf the Internet safely and anonymously.