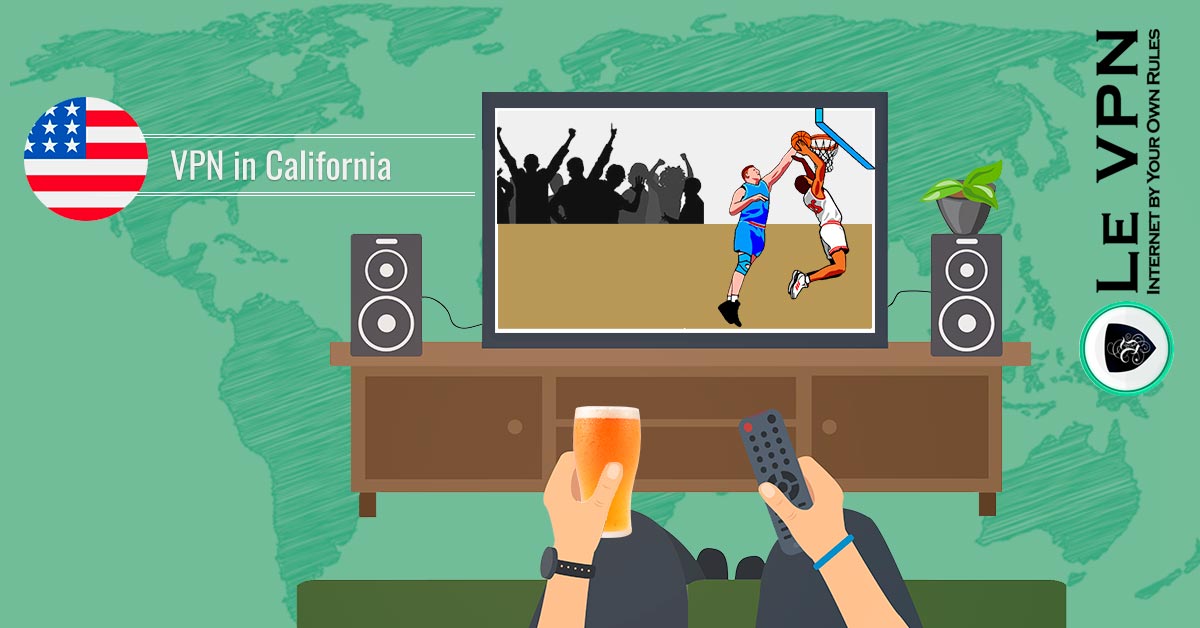 Basketball is an all-time favorite with scores of fans across the globe. People simply love to watch these matches live and there is a huge rush for the finals every year. No doubt! If you are a staunch basketball fan, you must not want to miss the NBA Finals 2017 matches. In case you can’t reach the playground, choose Le VPN to watch NBA Finals live from anywhere.

Basketball Fans Across The Globe

Like other sporting events, the NBA league is also popular among many basketball fans. This is one such event that is not only seen by the people of the US, but folks from different countries also enjoy watching it. After all, who would want to miss out the matches that witness performance by the best professional men’s basketball teams! This sports event generates a lot of public interest.

This Year Will Be No Different!

This year also, football admirers will witness some mind-blowing action. The Finals will see some of the best basketball teams fighting it out for the title. The regular playoffs, etc. will go on as per schedule and finally the all-important finals will happen in the month of June.

Actually, there is not much time left and you must start buying your tickets. Meanwhile, if you don’t want to miss the action, go and grab your tickets right away.

No Tickets? No Worries!

If you cannot be there in the audience cheering your favorite team, then never mind! In this world of live streaming, you can enjoy every live bit of the Finals. What if you can’t watch the games live due to Geo-restriction? No worries! You can opt for a VPN international service to watch NBA Finals live.

Yes, It Is Possible To Get A VPN To Watch NBA Finals Live From Any Place!

Problems like Geo-restriction no longer exist. With a Virtual Private Network (VPN), it is very easy to watch your favorite events and programmes from anywhere. You should therefore rely on VPN to watch NBA finals live. There are a number of VPN service providers in the market. And all have different subscription plans.

However, if you want to get the best services and assured security, then you must opt for a reliable VPN service like Le VPN. This VPN service provider has its servers in 100+ locations. No doubt, Le VPN is among the best and the easiest way of overcoming problems of Geo-restriction. It provides complete security at really affordable rates.

Le VPN offers high quality encryption. Hence, this helps hide your identity. You can leave behind your worries of being caught and use Le VPN to watch NBA Finals live.

Le VPN is compatible with different devices and very easy to install. Moreover, in case you are in a place which does not stream NBA league Finals then all you need to do is subscribe to Le VPN and change your IP and watch all the final games of the NBA live.