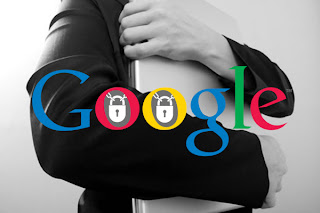 The French National Commission on Informatique & Liberté (CNIL) urges Google to obey regulations on personal data. They need to comply with the French law on personal data protection, within three months for the US giant not to receive a fine that can reach up to € 300,000.

The investigation by the French commission confirmed that Google violated the 1978 law concerning the regulations on personal data.

The CNIL has indeed found no less than six breaches of the law. It thus accuses Google of many inaccuracies in the explanations given to users on the use of their personal data. Google also delivered an “unfair collection” of information about users who do not have a Google account and are unaware that the sites on which they surf collect and transfer information. Finally, the search engine does not specify the length during which it stores the data.

“If you combine very vague goals, a very poor information and no specification about the time data are stored, the opacity of Google is extremely strong vis-à-vis its customers,” said Isabelle Falque-Pierrotin, President of CNIL.

The Committee even gives some advice to the internet giant to comply with the French law. For CNIL, the giant should inform its users about personal data management and get their approval before installing cookies. Google should also limit its combined use of user data through its various services (Gmail, Google+, YouTube).

This notification comes after a lengthy investigation, and more or less constructive discussions with Google, through a concerted approach by the 27 “CNIL” in Europe, with France as a leader. CNIL representatives mentioned the fact that Spain, England, Germany, Italy and the Netherlands were also up to set up a similar action against Google.

A VPN service will make sure that the web giants are unable to analyze your browsing data. Le VPN reduces your online movements by replacing your routing information through an anonymous IP address. Our secure DNS servers keep your queries secret, so that nobody can see your browsing history. In addition, your Internet connection is encrypted with a very strong system that protects you from hackers and illegal ears trying to listen or obtain sensitive information about you. And with Le VPN, you can easily change your IP address by choosing a hosting country between several servers worldwide. Le VPN allows you to hide both your personal information and your country. Your connection is made reliable and anonymous, and you can surf without limits, away from prying eyes.