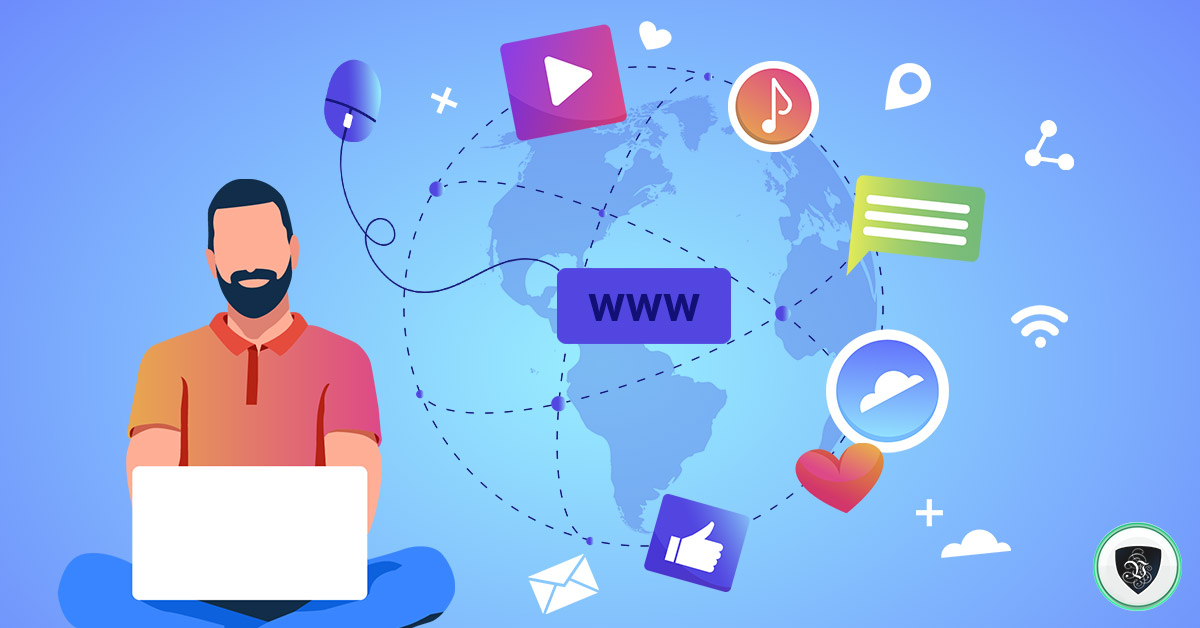 If there’s one true thing that can be said with certainty, it’s that the internet plays a vital role in our lives. We can not imagine the world without the internet anymore, understandably so. So, given all the good things it has brought, it does not come as a surprise that we have a day of the year, October 29th, called international internet day, dedicated to celebrating humankind’s greatest invention.

Generally, cybersecurity has evolved rapidly and shows no signs of slowing down any time soon. However, before we look too far and beyond into the future of cybersecurity, it’s good to look at the past. By understanding some of the most significant turning points in cybersecurity history, you will be more educated and prepared for the more advanced cyber-attacks we encounter today.

There is plenty of reasons why cybersecurity is important for every single one of us, some of the main reasons are:

As technology has evolved and developed, so has the dark web, and cyber attacks have strengthened and become more sophisticated. That said, it’s pretty apparent why cybersecurity is so talked about and a serious topic today.

Nowadays, we have plenty of security measures we can install to ensure that our sensitive data stays intact. From downloading antivirus programs to using premium VPN providers such as Le VPN, there are plenty of ways one can protect themselves from online threats. Unfortunately, that wasn’t the case in the past.

When Did Privacy Issues First Appear on the Internet?

At the beginning of the 2000s, when increasing numbers of people gained access to the internet, privacy concerns were minimal. In fact, during that time, internet users were more concerned about storage than privacy. However, that didn’t last long, and in 2005 the first massive customer data breach happened, with 1.4 million records stolen.

Suddenly, user data breaches start becoming larger and more common. From 2012 to 2017, more than 130 data breaches happened, all of different magnitudes, and more than 4.5 billion records were compromised, with the largest one being Yahoo’s three billion account breach back in 2013.

Soon after, people started to understand that their data could be misused, disclosed, or used unethically, and they were looking for ways to avoid becoming victims of cybercrime.

It can be said that 2018 became a turning point in embracing and taking online privacy seriously. After more than two interesting decades of using the internet, users and governments acknowledge the importance of protecting sensitive data.

Timeline of Cybersecurity: From Beginning to Today

The creation of the first digital computer was in 1943. During this time, there were only a few of these computers worldwide. The majority of them were extremely large, noisy, and complicated to use. Moreover, there was no connection between computers to move data; therefore, threats were basically nonexistent.

However, at the end of this decade, John von Neumann developed a theory about viruses and wrote about it in Theory of Self-Reproducing Automata, a paper he published in 1966.

During the 1950s, the roots of hacking were more related to telephones than computers. During this period, “phone phreaking” emerged. People were using this to make free calls and avoid long-distance tolls. Back then, there was no way of stopping phone phreaks, but the practice naturally died out in the 1980s.

The term hacking was developed during the 1960s. In 1967, IBM  welcomed a group of students into their offices to test out a new computer. The students learned a lot about the computer system’s language, which provided IBM with insight into the system’s vulnerabilities. Computers became more readily used during this time and were developed smaller.

The so-called birth of cybersecurity occurred during the 1970s with a project called The Advanced Research Projects Agency Network. A man named Bob Thomas figured out that it was possible for a computer program to move over a network. This sparked a lot of interest, and computer technology only continued to grow and expand in the following years.

In 1983, the terms Trojan Horse and Computer Virus were used for the first time. In the US, John McAfee released VirusScan. Andreas Luning and Kai Figge released their first antivirus product for the Atari ST, and three Czechoslovankians created the first version of NOD antivirus. This was when security started to be taken much more seriously.

During the 1990s, many viruses used new techniques and innovative methods such as polymorphism and macro viruses. Then, in 1999, the Melissa virus was unleashed, To this day, it remains one of the fastest-spreading viruses ever, and the damage was evaluated at $80 million.

During the 2000s, a new type of infection occurred, and just going to an infected website was damaging enough. Moreover, the first hacker group was developed; credit card attacks, yahoo attacks, and state-sponsored attacks occurred in the 2000s.

The cybersecurity industry is only continuing to spread, with the global cybersecurity market size estimated to reach 345.4bn by 2026. Nonetheless, cybercrime is also expanding and evolving, so we must do everything we can to stop it. At the moment, what we call ransomware is one of the most common cyber threats to any individual or organization and is forecast to continue to increase in the following years.

Who knows what the next decade will bring? We can only hope for the best. But, whatever happens, trustworthy VPN providers such as Le VPN are there to provide advanced protection and offer peace of mind to individuals as well as big companies and organizations.