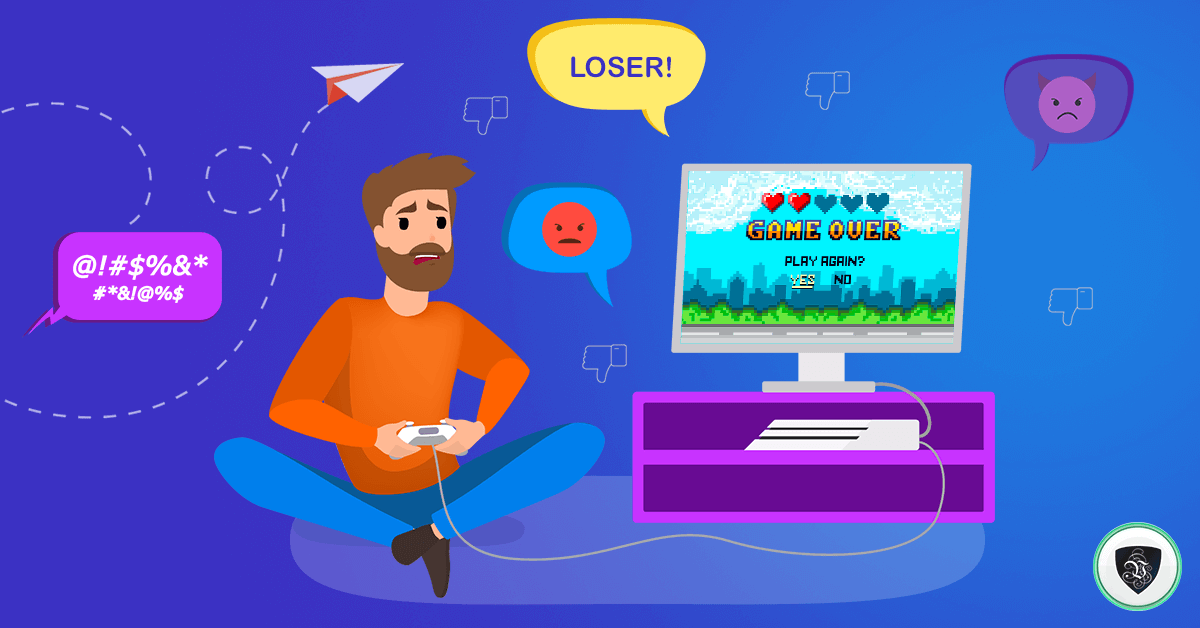 In-Game Abuse: Is There a Cure?

Conflicts online, especially in gaming, have become a hot-button topic in the last few years. But, with so many talking heads eager to push their political agenda through the issue, real features of in-game abuse are often forsaken.

Because verbal conflicts don’t get as many clicks, in-game bullying is often portrayed as physical assault and not verbal abuse. This may bring more people to the discussion, but conflates the toxicity sometimes found in gaming with focused online harassment campaigns, which is rarely the case.

Online abuse sprouts from anonymity. And, ironically, anonymity is the best tool to fight against bullies and griefers. Premium VPNs like Le VPN will allow you to mask your location without adding to lag, and with 3rd party voice chats, you can communicate with your friends, and no one else.

There are two distinct categories when it comes to abuse between gamers. The first is solely relegated to the game in question where there are no IRL consequences to anyone, apart from psychological.

The second group includes issues that have real-world consequences and can even be fatal to the victim. Such attacks include doxxing, swatting, and well as cyberstalking.

While the first set is objectively much more benign than the second, it can affect how we enjoy the game and even have lasting psychological effects. If we start fearing the log-in screen of our favorite online game, something bad has happened.

Why Is Abuse Happening?

Abuse is cyclical. Any person lashing on others for no reason has usually been a victim of abuse somewhere else. While there are cases of personality disorders that contribute to this phenomenon, most psychiatrists agree that even those most often stem from prior abuse or neglect.

Those who are victims of abuse would do well to understand that their behavior is never the reason for abuse and that they are under no obligation whatsoever to even reply to it.

We need to understand that in-game abusers and online bullies don’t even know who we are and that the entirety of their problem is internal.

Unless you are a hired medical professional of the person abusing you in-game, your best course of action is to block and report your abuser, removing yourself from the equation.

We use games as escapism. Where else can I fight fire-spitting Thomas the Train with Macho Man Randy Savage by my side but in a heavily modded Skyrim?

Sadly, there are some people who, in the same way, fantasize about feeling empowered and capable. These IRL frustrations prevent them from playing against you calmly but want to expend their negative emotions on their teammates and opposing players.

This is sad, but not your problem. They will need to learn to deal with their issues some other way.

Anonymity and the Inability to Empathize

Most online abusers would have a hard time dishing out the same abuse in real life.

The fact that games hide faces and expressions prevents some people from empathizing with the human behind the screen. For them, you are just another NPC that they can use for their entertainment.

Regardless if this is an issue of insufficient socialization or a personality disorder, you just need to get out. There is no point in arguing with someone who is not seeing you as a person.

Take comfort in the fact that they will fair quite badly in the upcoming AI rebellion for everything they do to the real NPCs.

How to Respond to Abuse?

Sometimes, the best thing to do is nothing. Any response can be seen as a victory to the bully, especially in games with younger demographics like Fortnite or PUBG.

The best thing you can do is stay off the radar and block any interaction that is even mildly unpleasant. Also, don’t be afraid to report any player that is behaving badly.

By using a gaming VPN, you can completely detach your gaming from your personal information. Additionally, you can always change your location to South Korea, giving an added fear bonus against your opponents.

Don’t give out any of your characteristics, as any of them can become the basis for verbal abuse. And, by all means, don’t give out your real name, as that can become dangerous IRL.

Every single modern online game has an option to mute and block specific players during the game. Also, most games have a strict policy against griefing and bullying.

Even if you are anonymous, there might be other players that will try to guess who you are and harass you via messages or team-speak. Mute them instantly, block them if they persist, and report once the session is over.

Is There a Cure?

The existence of the cure is not in question if we all play games with our real names, and with our faces visible to some software, we would be much less inclined to cyberbully. But most consider this solution to be nuking dirty dishes instead of cleaning them.

If we want to unblock games and play freely, we will need to risk being exposed to some of the darker aspects of gaming.

In-game abuse is a serious issue, and there is no reason to let yourself be exposed to it when enjoying your online games. But asking someone else to prevent human interaction is even more dangerous than bullying.

With premium gaming VPN providers like Le VPN, you can stay anonymous and communicate only with people you want to. The rest is easy to block and starve out in time.