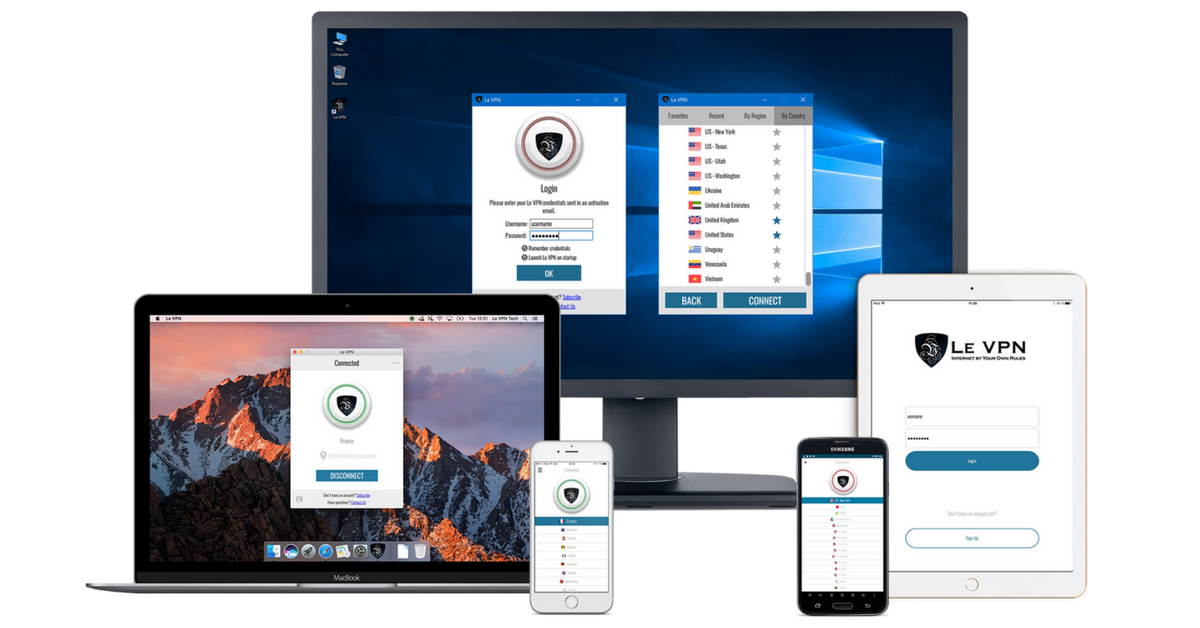 What is HybridVPN and How It Can Help You

So what is HybridVPN and how it can help you?

When you connect to the internet through a HybridVPN connection by Le VPN, you will be securely accessing the internet through an encrypted and secure connection. But you will also be able to automatically unblock any media in the long list of TV channels and streaming services pre-unblocked for you by Le VPN. This will allow unblocking foreign content in the US, the UK and France that is usually restricted if you’re trying to access it from outside the country. This is particularly useful when travelling outside you own country and want to catch up with your favourite TV shows or sports.

With other VPN providers, when you want to access regionally restricted content you have to sacrifice the speed of your connection or the security if using a SmartDNS, leaving yourself open to attacks. This can be especially dangerous when using public wifi zones such as hotels, coffee shops, libraries or airports. With HybridVPN from Le VPN you can at least stay protected when you watch all your missed shows. This means just because you are benefitting from a secure connection as well as unblocking media, you won’t be slowing your connection down. The secret is that HybridVPN allows you to access all the TV channels and streaming services without any bottlenecks, just as you would with a SmartDNS, but it still encrypts the rest of your online activities.

The ease with which you can setup a HybridVPN is another great reason to sign up to Le VPN, no need to change any settings or complicated device changes, just simply connect to HybridVPN in your servers list and the rest will be taken care of. So with so many stories about hacking and data thefts, nobody can really afford to use the internet without good security. With so many VPN providers out there, allowing unlocking of Netflix libraries, Spotify, YouTube videos and other regionally restricted content, security shouldn’t take a backseat.

HybridVPN service by Le VPN have been recommended by a number of different websites in different countries, all citing the secure nature of the service combined with fast connection speeds when unlocking media content. Anonymweb found that Le VPN is easily one of the best VPNs on the market. SecurityCatch call Le VPN solid and reliable and MiglioriVPN in Italy says Le VPN holds an important places among the best VPN services. Sign up to Le VPN today and not only enjoy the true freedom of the internet, as well as strong security, but enjoy them at the same time with HybridVPN.