How China spy on students on the web 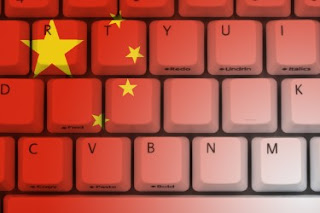 Censorship in China is still fierce, with the Internet and social networks being closely monitored. Baiyun students in the province of Guangdong in southern China bear the brunt. The regional government has recently congratulated the University of Baiyun for monitoring online activities and opinions published by students on the web.

The website GlobalVoices denounced this practice and reports that the team responsible for this control is called “Online Red Army”. This army, created in 2010 to monitor the conversations of students and to control the spread of negative opinions on the net, consists of nine teachers and six students. GlobalVoices indicates that the team is responsible for monitoring all online chat sites, forums and blogs. The team members are students who are paid € 25 per month, working 1.5 hours per day.
To know that you are being observed and not able to write what you want on the web must be difficult for the younger generation. When the existence of the army has been revealed, it has outraged public opinion. Censorship in China make students feel violated. Given the fact that the university is stalking their privacy, they asked for a stop of the system.
However, the team of “control of the internet and shared on social networks by students” seems to have good days ahead. When its existence was made public, the university students showed their anger through comments on a micro-blogging site. Not surprisingly, the reviews did not take long to be censored by the Red Army. A lawyer even mentioned that ” the control of thought is against human nature. All universities are trying to make their students spiritual slaves are garbage” The response of the university against the agitation was clear.” To clean Internet, we need the Red online Army ”. The statement also says that “The Online Red  Army of Baiyun University has made an outstanding contribution to the construction of a socialist spiritual civilization. Other schools, factories and organizations should learn a lesson.”
To avoid censorship on the Internet, go to Le VPN, a service that allows you to choose your country connection. Thus, a person residing in China can choose to domicile its connection in one of 100+ countries where access is not restricted and will thus access to the sites of his/her choice completely anonymously.