Behind the scenes of Cybercrime business 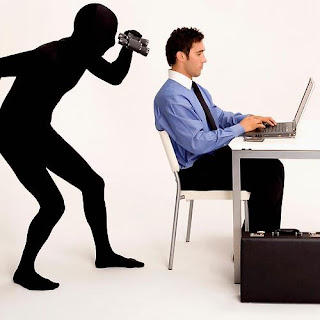 A recent study shows that cybercrime business today has become quite an organised field, with executives, managers and workers who depend on a variety of service providers to keep the illegal operations running.

The 2013 Cybercrime Report from Fortinet explains on such arena of criminal organisations either competing with each other to find and hire cybercrime experts, or cooperating with each other to buy or hire malware, bootnets and exploit codes… There are also some technical consultants and hosting providers who are eager to shut their eyes in exchange of money. The connexion of all these resources for building and exploiting botnets can be easily understood: “anyone can make some easy money without having to be a technical expert,” the report says. This has boosted monthly malware volumes to a level which is three times what it was five years ago.

Indeed, the organization structures of a Cybercrime business are close to those of legitimate companies. Executives make decisions, oversee operations and are responsible for keeping everything running smoothly.

“Once they get the operation off the ground, workers move to a business development role and leave the dirty work to the troops and are not involved with launching attacks,” the report says. The troops, comprised of common workers are typically under the supervision of middle managers recruited through underground forums. The managers often work with recruiters to hire people to infect machines using a variety of methods, such as email links, poisoned PDFs, compromised Web sites and social-networking links.

Different service providers assist these criminal businesses, with offer including high-performance password cracking for a few dollars. These services are often used to crack passwords for online services. Research and development companies do also offer tailored-made fake antivirus software or ransomware, etc… Such technology can be either bought or rented.

Hosting providers are also key partners for cybercriminals, who need space to store and exploit malware and stolen data. Such providers who do not care much about what they store on their servers can be found in countries such as Russia and China. In such businesses, small batches of money are usually transferred to avoid anti-money laundering laws.

With Le VPN, your online security is improved in different ways. Your Internet connection is encrypted with a top secret standard which protects you from hackers and eavesdroppers trying to listen in or obtain sensitive information.

Your computer is hidden behind Le VPN numerous servers: any malicious external influence, such as virus’ network attacks, is thus repulsed by the servers. And when you are connected to Le VPN, no one can access your computer without passing through Le VPN protected servers.