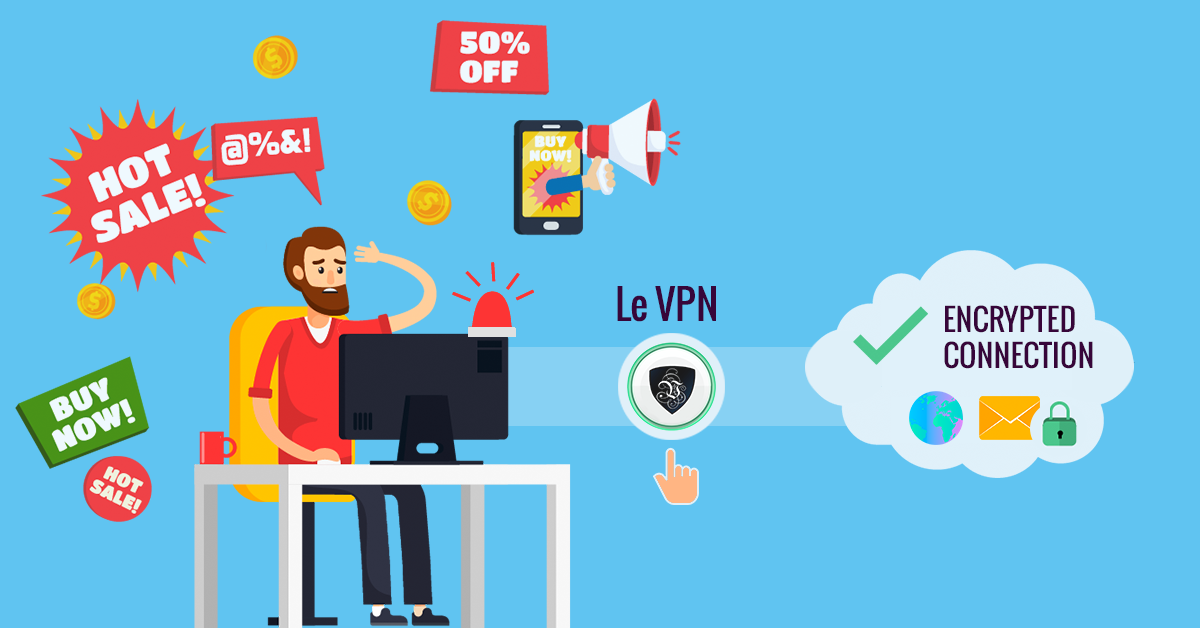 Adware vs. VPN: Who Will Win?

Adware is in a weird place when it comes to online security. It can’t be defined as malware, and it is not always dangerous for your device. But it can be, and it is always annoying.

Generally speaking, there is no good way to prevent your device from receiving forced ads. Adblockers will work for large apps like YouTube or Google Chrome, but there is no one way to block everything.

Additionally, some adblockers are strangely lacking. For instance, there is no way to block ads on iOS devices if you browse the web with Chrome.

The best thing most users can do is to use a premium VPN to prevent any downsides from adware that might harm your device. Providers like Le VPN have apps for Android, iOS, and many other platforms like VPN for Fire TV, and they will protect those devices with a virtually impenetrable server and military-grade encryption.

Adware is a relatively novel concept.

As apps and programs became more accessible to make and distribute, most developers found themselves unable to sell their product in the sea of freeware. Ads came in as a crafty way to monetize your product without charging directly.

But, this made a lot of issues, both for the users and their cybersecurity.

Ads that are included in the adware software are usually not contextual or developer-defined. These ads use cookies and other tracking software to determine what the users want to see and play those ads specifically.

Ads may be annoying, but as you are getting the software for free, that isn’t the main problem. The issue starts with the data collected by the ads and the software that can prove to be quite dangerous for your device.

Information collected by adware apps goes through developer servers which don’t always have the best security installed. Here, this information, which can be quite substantial, can be hacked and collected by various types of data criminals.

Finally, too many ads may slow down your device and bloat on certain devices, turning the app into bloatware.

There are three steps when it comes to issues concerning adware. In each of the instances, your information can be collected and misused for various reasons.

The first danger is from the developers themselves. Not all companies have a good history with data security, and they can collect and re-sell the information to subsidize their business.

Also, data thieves and traders might hack their servers and steal what they need. In those cases, your personal information can become a subject of trade without neither you nor the developer knowing anything about it.

Once personal data falls into wrong hands, it can endanger your safety, both in the digital realm and IRL.

While platforms try to supervise the apps that are hosted on them as much as possible, that sheer number makes 100% security impossible. Additionally, some apps are downloaded directly and aren’t supervised.

In those cases, it becomes possible for the developer to use adware for surveillance. The apps that gain access to your device can send your IP address, as well as other data, and the developer can collect it.

Not to mention that there are places where this practice is not illegal.

Either sold on purpose or hacked, data trading is happening more and more, regardless of the source.

Your personal information is valuable for governments, companies, and criminals alike, and there is a high chance for parts of these entities to survey your behavior online.

While the result may not always be devastating, the risks here become too high for anyone to disregard their private data being collected and moved around.

All adware collects some type of information. But, in some cases, this information may be much more than you first imagined.

Location data, as well as banking information, can all be connected to the HTTP cookies found inside the app, making the collection priceless to any malicious entity that can be found online.

Using a VPN is a straightforward way to remove any danger from online adware. Even though you will still receive ads on your device, they won’t be able to collect sensitive data.

But, it is vital to use only premium VPN providers. With just a proxy server or a free VPN, you might have the same issues as without anything, but with premium providers like Le VPN, you can use trusted servers and strong encryptions.

The first layer of VPN protection is the misdirection made by the server. As your IP address is masked, any data collected will be mixed with all of the other users passing through that server.

The end result is a scrambled mix of data, where it is impossible to define the primary user.

Even though you will still receive cookies, communication between them and the app will be reduced.

Additionally, any malicious cookies will be blocked and removed automatically by the VPN server and its protection. This will make data collection impossible, and any data collected unusable by the collector.

As communication between the user and the VPN server is encrypted, it becomes impossible for anyone to use adware to piggyback on that communication.

This feature becomes wildly important when it comes to untested 3rd party apps.

Ads are often annoying, but can also become quite dangerous.

Thankfully, if you are using a premium VPN provider like Le VPN, all of the dangers connected with them will be mitigated.

It will still be annoying, but at least it will be safe.