Google is warning about new forms of censorship 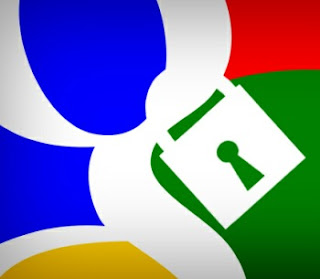 Google is warning about new forms of censorship. Although many believe that Google is a sort of Big Brother, the American company today shows its interest in transparency on the web: it does give an alert about the growing number of requests from governments and justice to remove Internet content or to request information about users or websites.

Google does not want to be the first victim of removing this information off the web, therefore the company decided in 2010 to choose a transparent approach by revealing the statistics of such requests from governments and justice in some countries. The U.S. firm does not wish to be considered responsible for settling such kind of censorship on the Internet.

Actually, Google indexes billions of content into its search engine and some comments on the Internet can sometimes be felt to be offensive or illegal. This is normal for a country or justice to evaluate that some users publishing content that should be withdrawn. But the U.S. firm indicates that queries become increasingly abusive and regularly Google does not run them. This is the case for the request to remove the “innocence of the Muslim” video by 20 countries, although the content did not contradict the rules of use of YouTube, or criminal law.

For the past three years, Google believes that the statistical curve has become exponential and shows a form of censorship is being created on the Internet. Thus, in 2010 when 1810 applications were solicited and 18070 deleted content, in 2012, there were 2285 demands of different authorities and more than 24,179 deleted content. Some countries are very high in the list of countries wishing to delete or censor content, such as Russia, France and more recently Brazil …

For Google, “it is becoming increasingly clear that government attempts to censor online content is growing. In a number of countries ever seen, we were approached by governments to remove text, images or videos of a political nature that people publish on our platforms. ”

Just in the last six months of 2012, there were no fewer than seven countries that have gone through a court decision to remove “blog posts criticizing those in power or their associates.” Some religious themes are also targeted.

Detailed tables of Google transparency report are rich and reveal each semester additional information. One can discover applications deletions by Google (YouTube often tops and Blogger blogs and search results), or pattern. There is a warning for everything. In France, it is the charge of defamation that is often an excuse to ask for deletion: thus a total of 270 applications, of which 29 with a trial. 69% of orders were acted upon.

The website dedicated to this report also reveals a new tab called “Traffic” showing that “some Google products and services were inaccessible at one time or another in more than 30 countries’ total, either due to failure or censorship. To date, six countries still have active filters: Pakistan, Bangladesh, Turkey, Morocco, Iran, and of course China, with three block Google services alone.

To avoid censorship, apply a warning and connect to the sites of your choice, choose a VPN service that makes your Internet connection completely anonymous. You just have to select a VPN server in one of the 12 countries. You can access blocked websites and also protect your Internet activities with a secure VPN tunnel virtual including an extremely strong encryption system. The VPN installation is simple and does not take more than 2 minutes. Buy a VPN service or test our free VPN offer.