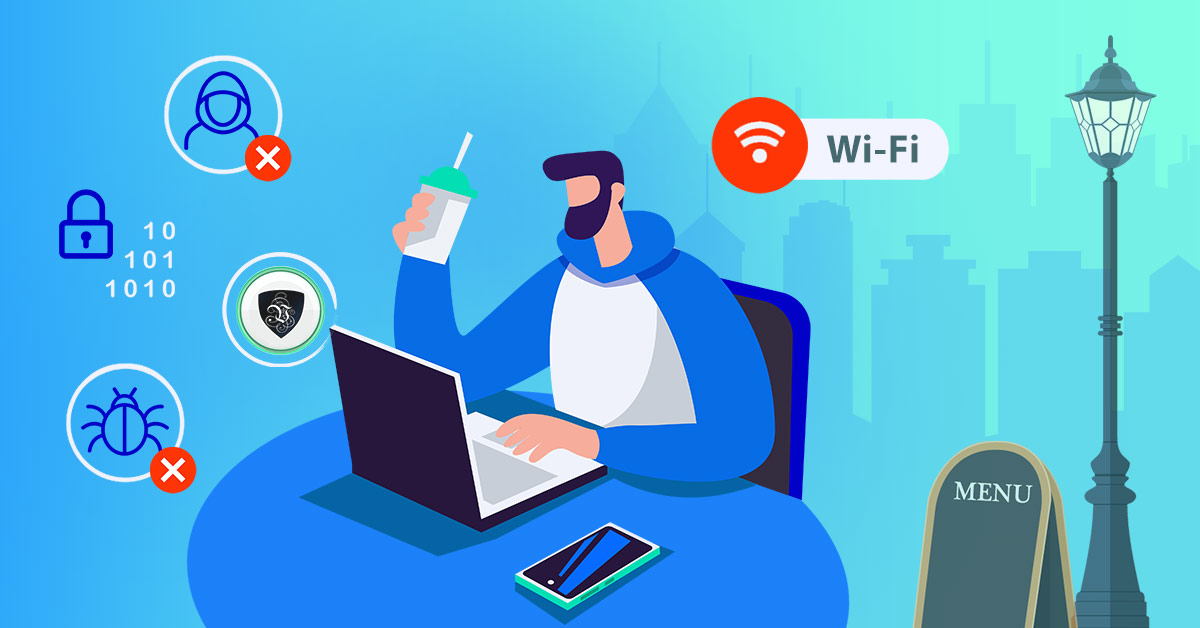 What Are the Risks Associated With Using Public Wi-Fi?

In this day and age, public Wi-Fi networks are pretty much everywhere, from hotels and coffee shops to supermarkets. The first thing we do going into a bar or a restaurant is ask for the Wi-Fi password. Although it is most certainly convenient, the dangers associated with using public Wi-Fi are not to be underestimated.

Generally, if you frequently use public Wi-Fi networks without precautions and concern for the authenticity of the hotspot you use, then you are most definitely at significant risk. Luckily, the precautions one needs to make to ensure that the public Wi-Fi is completely safe are simple and will allow you to have peace of mind when connecting any public network.

A VPN is one of the most secure and reliable methods one can use to protect their devices. When searching for the right VPN, make sure to keep an eye on  the following features:

In these modern times, having an internet connection has become a necessity. With that said, it can really be a hassle if you’re stuck with only a public Wi-FI network. However, that’s where hotspot apps come in handy. Keep in mind that the best hotspot apps are typically those that come with a VPN connection.

Overall, providers like Le VPN are there to ensure that cybercriminals and hackers don’t stalk you and snatch your data. It would be helpful if you did not let convenience outweighs the consequences of using free public Wi-Fi networks.

One threat that can occur when using public Wi-Fi networks and that most people know about is the implementation of malware on devices. While it’s impossible to avoid malicious software 100% of the time, you can drastically reduce the risk with a couple of the proper methods.

The first thing you need to do is understand how and where malware is most likely to appear. Some of the most known forms of malware distribution are:

If someone on the same public Wi-Fi as you has malicious thoughts, they could easily plant malware on your device using one of these forms. With that said, if you don’t want that to happen, you need to take public Wi-Fi security very seriously.

Malware infection is a very sneaky thing. You may be just opening news when an “innocent-looking” ad pops up on the screen. What you don’t know is that by clicking on it, you are welcoming dangerous software right into your device.

If you didn’t already know, man-in-the-middle attacks occur when an unauthorized third party intercepts a communication between two people. Such an attack aims to intercept transmissions of personal data that is sensitive, profitable, or useful if applied fraudulently. A few examples of such data are:

Essentially, internet users without Wi-Fi hotspot protection risk not only losing important information, but also having their information completely modified. Unfortunately, one doesn’t have to be a master hacker to intercept or steal one’s personal data on public Wi-Fi.

We live in a time where learning how not to get hacked at a coffee shop is essential if a person wants even remotely to feel like they have their privacy and that no one is watching their every step online.

Finally, if you are acting reckless and unsafe online, know that unsuspecting and careless user is the secret ingredient to every cybercriminals’ success.

Fake Wi-Fi hotspot, a.k.a honeypot, is often used by cybercriminals to lure in their targets with something quite irresistible – a Free Wi-Fi network. Hackers usually deploy phony Wi-Fi hotspots in areas filled with high-value targets such as airports, conventions, and hotels.

The tricky part about honeypots is that they tend to look similar, if not the same, as regular free Wi-Fi connections. Once the hacker lure in the victim, he gets access to read and download all of the files on the devices, including personal photos, videos, and text messages.

So, how can you avoid that? Well, the truth is that there are multiple ways one can minimize the risk of becoming a victim.

The best you can do is assume that all public networks are non-secure. Ensure that you have disabled file sharing, that your software is updated, and to have a VPN.

Although sniffing has legitimate uses to troubleshoot problems with network communications, it’s also widely used by cybercriminals to gather information illegally about networks they want to break into.

Hackers even go as far as to buy some special devices as well as softer kits that can aid in snooping and sniffing on several public WI-Fi connections. They have the power and tools to access almost everything you do online, including the websites you visit. This way, a hacker can get your login details.

Even though sidejacking is not as common a threat as the rest, some cybercriminals can go as far as using it. This is a technique where hackers use packet sniffing and target your pieces of pieces of information that have cookies.

For instance, when you log into your bank account, a cybercriminal can intercept cookies sent to your digital devices. From there, they can pretend to be you with such information and gain access to your account without even your bank suspecting it, let alone you.

With all the risks combined, it’s safe to say that you should consider investing in a VPN. VPN providers like Le VPN are there to keep you safe online and save you a lot of headaches.