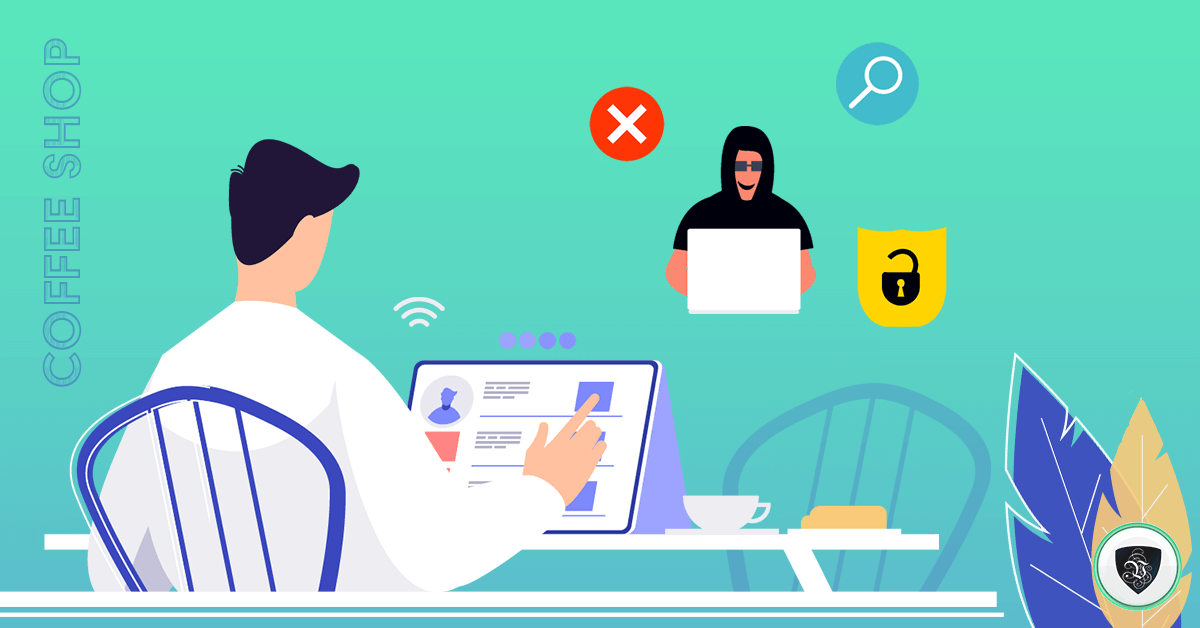 There are hundreds of ways to get yourself hacked. And, the biggest issue here is that it will rarely happen because of the skill of the hacker, but usually because of your own mistake. So, the only way not to get hacked when using public WiFi is not to make those mistakes.

Three things that can share all of your work documents and spicy holiday pictures with the entire internet are:

For the first two points, the solution is relatively simple. If you have a premium VPN, such as the one provided by Le VPN, on both your laptop and Android or iOS smartphone, you will be hidden from the hacker, and your data will be encrypted.

But, when it comes to #3, the issue becomes greater. Especially if you are a Western economic migrant who likes calling yourself an ”Ex-pat” the tendency of making yourself a target will be considerable. It would be best if you remembered to keep a low profile.

Prevention is better than healing, and it is much easier to avoid suspicious places in the first place than to count on your software to protect your devices. And these places can be categorized into places that are good targets for hackers and places that would hack you directly.

This is something that was learned by those who used to work from abroad but is now as important for people everywhere who work remotely. Also, you can just be visiting for coffee or to check your social media in a cozy place. The same rules always apply.

For one, if you are going to a place filled with trendy people who talk little but chat a lot, you can bet that this is a known target for hackers. In addition, especially if the venue hasn’t provided some cybersecurity instructions, using such connections without private internet access can be an issue.

On the other side, there are remote places that offer free WiFi that is purposefully an issue. For example, some public WiFi at a café might want to collect information about their patrons, and if you give them this, you will be at risk.

Thankfully, if you know how to use a VPN and have one both on your phone and your laptop, you will stay safe from such attacks. This is provided you don’t give them out intentionally for just a bit of free internet.

The fact that a public WiFi access point, regardless if it is a café, a library, or some other place, isn’t directly malicious isn’t the problem. Unfortunately, these places will rarely have extensive cybersecurity protocols and can get hacked themselves.

You might be tempted to leave your name, email address, and phone number to get some free coffee or coupons, but that is not the only thing someone hacking the café would get. They will receive all of that if they get in, plus your IP address and credit card information.

At that point, they are a CVC number away from stealing your identity and using your credit card as much as they want.

No Security on the WiFi

The fact that the public WiFi doesn’t have a password or encryptions isn’t a direct tell that it is after your personal information. But, these types of connections can easily be mimicked by hackers who are.

In this case, especially if you have unlimited data and a mobile VPN, you might be better off making your own WiFi than using the public one, even if your mobile internet speed is not as fast.

Finally, the fact that a megacorporation is providing your local café with free WiFi and wants your personal data is nothing new. Every big company now is craving that sweet personal information for targeted ads.

From the cybersecurity standpoint, this is not as dangerous as the other things. But, it is annoying, and you know that this data will be used to bother you in the future.

How to Stay Safe on Public WiFi?

Using an encrypted tunnel that will hide all of your internet traffic and online activities from snoopers is a must. Also, you will want software that would automatically connect through such a tunnel.

If you are generally sure that the WiFi you are connecting to isn’t directly malicious, the only thing you would need is a VPN. And, depending on where you are, you will want to check all of the VPN servers you are connecting to, as well as the number of servers on offer.

This way, your VPN connection can not only be safe, but you will also be able to pass any geo-restrictions imposed in the country.

How to Use VPN on a Public WiFi?

Ideally, you will want to have a VPN app that will work on your laptop and smartphone. This way, you can use the virtual private network automatically all of the time and won’t need to check every time you connect to a public WiFi.

Also, having the app removes the need to go through the process of checking servers and connection quality.

Otherwise, you will need to connect through the VPN app on your OS, and here both Windows and macOS don’t have any measures to show you when you are connecting to a bad server or a weak connection.

Half of the work in cybersecurity is not making yourself a target when you are connected. For public internet access, this means staying invisible both digitally and physically as much as possible.

Don’t look rich, don’t look important, and definitely don’t look like someone whose private information and identity would make the carrier of a cyber-criminal.

Also, try to avoid mentioning your private information in passing or with the people you are sitting with. Even such small fragments of personal info can be overheard by the hacked and used to start attempts on your devices.

Try to avoid having business calls in a public place. When it comes to MITM attacks, the hacker will usually be somewhere in the vicinity and might even be drinking coffee next to you.

And, when we are on business calls, we often share passwords and sensitive information all the time without even noticing. This can be an issue and might cause problems not only for you but also for your employer or client.

If you don’t want to get hacked when you are using public WiFi, you need to protect your devices and play it smart in real life. You can never trust the connection completely, and with premium VPN providers like Le VPN, you don’t need to.

This way, you can have your laptop, Android phone, and even tablet protected all at the same time at a very low cost, not to mention all of the benefits that come with using a good VPN.

And, when you are safe, you will be able to work from anywhere and at any time if you want.