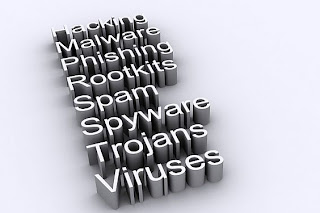 The closed environment of hacking market has become very competitive, prompting hackers to evolve. For their business to survive, cybercriminals must bring a marketing dimension in their activities.

The competition begins with the creation of malware. Hackers even call for designers to create a logo and the most attractive user interface. They also have to recruit the most efficient programmers. In turn, they are engaged in a fierce competition, which involves information leakage of competing products or source codes on forums.

The black market forums have some now disinformation campaigns. And a hacker literature is now emerging with former criminals speaking of the ongoing terror: in the book “Hacker’s confidence” released in Russia in 2010, a former pirate tells how difficult it is to find a business partner on forums, most trying to rip one’s associates to win the jackpot. The book was such a success than more have been published and a movie is even planned soon.

Competition is extreme to the point that there are even malicious codes with features that can detect malicious software that may already be installed and remove them on compromised computers.

Developers of such malicious code have no marketing department actually established, but use marketing to promote and sell their exploit kits or malware. To attract buyers, they highlight the 24h client service or significant discounts given to loyal customers. They also pay attention to how they make their sale on forums and are careful about comments concerning their “products”: a site showing a positive user feedback has also much influence, like on any merchant website. Some RSA researchers have discovered a Facebook page touting botnets, malware and other exploits. The page was also referring to a website demonstration revealing behind the scenes secrets, i.e. the functionality of a bootnet control panel. The Facebook page now closed has been active for several months.

The growing professionalization of cybercrime market is also well illustrated by the release late 2012 of the second version of the Blackhole exploit kit, one of the most successful and widely used products used by cybercriminals. The designers of this sophisticated tool which generate profits for a criminal and his clients do not fail to point out that they have improved their products by taking into account customers’ feedback. In addition, updates are free for the whole duration of the license.

In our business world, companies have a certain moral, especially as consumers are increasingly conscious about ethical values. Cybercrime market do not raise such questions, as their aim is purely financial. Specialists contribute to each step in the value chain from design to set up and operation of malware, teams are well organized, just like in a company are becoming more effective. And this type of effective operations is meant to grow, confirming that cybercrime has a promising future.

To keep your computer or mobile device safe, go for a VPN today. You will ensure that your online activities, online banking and all your downloads will happen safely.

Simply select a VPN server in one of the available countries, so as to protect all your Internet activities with a secure VPN tunnel virtual including an extremely strong encryption system. Your IP address will be automatically replaced by an anonymous IP address in the country you have selected. Installing a VPN is simple and does not take more than a few minutes. Buy a VPN service or test our free VPN offer.