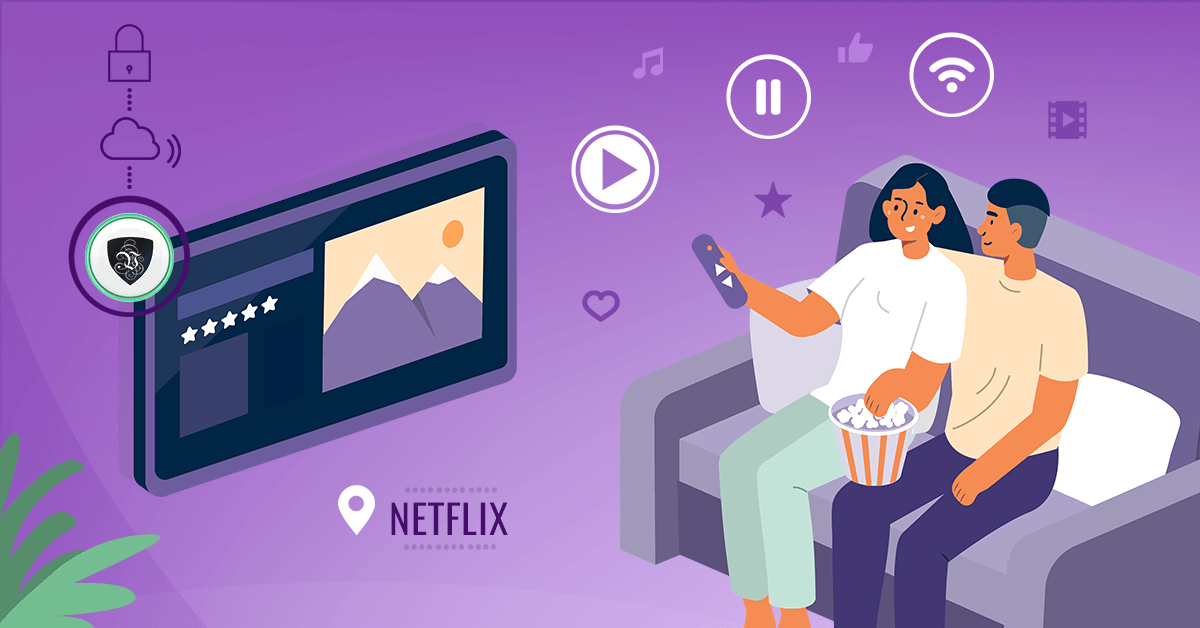 Netflix is touchy about not having good oversight about licensing, and for that reason, Netflix VPN connections have been an issue for the last couple of years. Since 2016 the company has tried to block as many VPN providers as possible.

There are three reasons for this fight from Netflix:

And even though these reasons might not sound important to the users, they are for the company. For a long while, media producers and publishers see anyone not paying them the full price as ”lost revenue”, making for some funny and some rather sad consequences.

Now, premium providers like Le VPN will keep you safe and protect your data, but you might not be able to unlock every library from every server. You will still be able to see your home country’s Netflix from anywhere, as your account will be bound to the place of purchase.

This way, even if you have a VPN on multiple devices and all of them are connected through secure servers, they will still see the same streaming catalog when logged in to Netflix.

As of June 2020, Netflix is no longer blocking VPN servers outright. Rather, if you are logged in through a VPN, you will still see the app, but the catalog inside will be based on what is available internationally. Also, you will always see your home country.

This is a hassle for those used to surf around the world because you might not even notice that your access has been restricted.

This change’s main benefit is that it will root out fake proxy server providers that alleged how they could connect to Netflix but used their servers to steal data. Now you will need to select a single country to watch shows from and won’t be able to move a lot.

Still, that country doesn’t need to be the one you are connecting from. There are ways to use a good VPN and Netflix’s in-built features to trick the system.

Although we can understand Netflix’s actions as a company, the policies they have formed are unenforceable for the most part. Unless they would opt to block users and ban them from the service entirely, people will just find ways to connect to what they need.

And, if you know what does a VPN hide, you know that it is more than just your IP address. The lack of metadata and private information mean that it is impossible for Netflix to easily distinguish if you have moved your physical location or are using a VPN.

That is why, even with these changes, it is fairly easy to connect through a server and access your home content. And with a good VPN, there won’t be any lags or slowdowns.

Your account will be based on the location where you pay your Netflix from. This means that if you are from the US and move to the UK, you won’t be able to see either English or American shows, as your IP address and the account will be clashing.

Some shows, especially older ones, will still be available, but nothing geo-locked will be accessible outside the primary region.

This is where a VPN comes in. Select a server from your home country and connect through it. The service will recognize that both your payment information and IP address match and allow you full access.

Following the news about the streaming giant’s new crackdown on VPN providers, there was a resurgence of amateurish proxy servers who marketed a ‘’Free VPN’’ that can unlock Netflix easily.

The thing is, the catalog you are looking at wasn’t locked, to begin with. Any service offering such servers, and especially for free, is simply trying to steal your data. As the saying always goes, if you are not the one paying, you are the merchandize.

There is still the possibility to access everything with a VPN, but it involves a few more steps, and it is not as easy to jump countries anymore.

Surviving online is all about creativity, and with a good VPN, you have more than just a solution, but a tool to create new solutions. You can change your billing country once a month, and that country doesn’t need to be the one you are living in.

You can unblock US Netflix by buying a subscription from the US.

Namely, you can use a VPN to buy a Netflix gift-card from abroad and then use that gift card to make a new account with a different home country. As both your new billing and IP address match, you will see the catalog of your desired country.

But, you will need to use a new email address, so creating an anonymous email is preferable.

Finally, because you can buy a gift card for only a month, you can always download what you want to watch and change the country next month to find something new.

With the new Netflix policy that connects accounts to billing and not IP address, it is not possible to simply change catalogs by switching servers or physical traveling for that matter.

But, with good providers like Le VPN, you will be able to mask your identity and use a new one to apply for Netflix in any country you want.