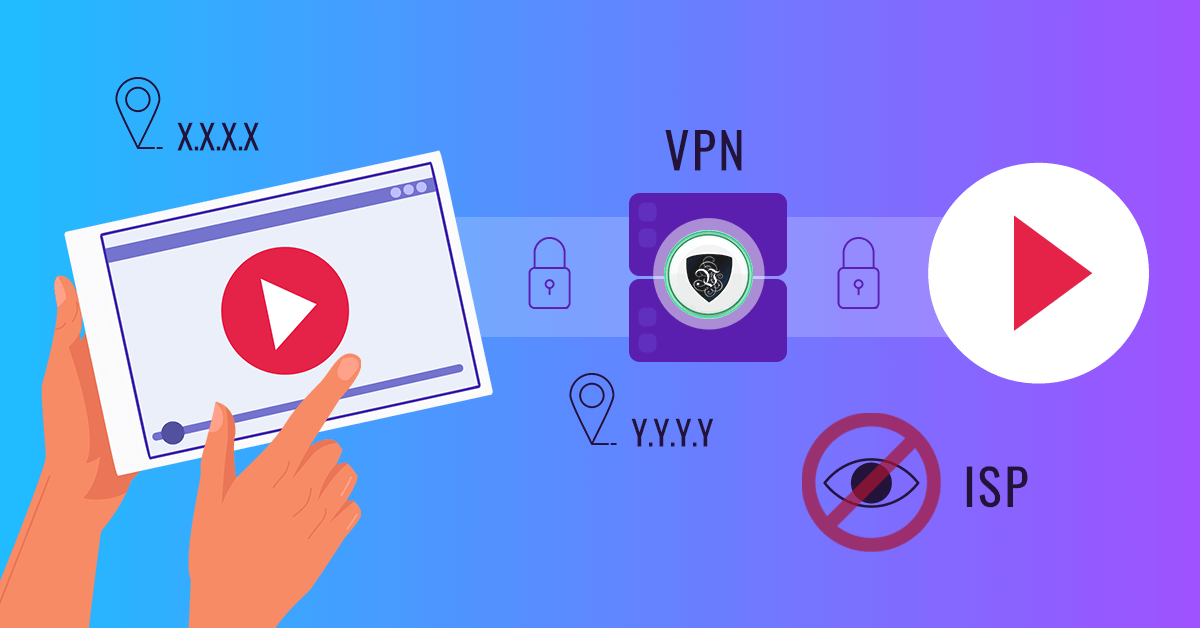 Can My ISP See What I am Watching on YouTube?

The reason I have started wondering can my ISP see what I am watching on YouTube was because of the many international channels that became unreachable. Ironically, that is because of the licensing and not any ill intent, but that’s the first time I realized.

Yes, they can see everything, not just the meta-data, but all of the websites I access and even where I click on those websites.

And this last one might sound like a joke, but it ties into a lot of social and political issues, not only videos and music. If you know what people are watching, you can categorize them by opinion and influences, and that categorization can and usually will lead to discrimination.

Thankfully, solving this issue is relatively easy. With a virtual private network and premium providers such as Le VPN, you can get an easy way to mask IP addresses not only on your desktops and laptops but also on smartphones and IoT devices.

How Can My ISP See What I am Watching on YouTube?

To access the internet, you need to send a request in the form of data. That request travels from your device to a router, which pushes it to the ISP server and forwards it to the nearest source for your request.

Every website you are accessing is hosted somewhere, and an ISP allows for an easy way for you to reach that location without needing to have exact access information, only the domain name.

Inside that information, you are also sending your ‘’return address’’, which is your Internet Protocol or IP address. Here is where the issue becomes complicated.

Because you have a contract with your internet service provider or ISP, they know exactly that that IP address belongs to you, as well as your home address, because they are sending you the bill. And, from all of the other data, they can know exactly what you have been watching and when.

Your ISP won’t have nearly as much browsing data as Google itself, but they will have enough to know if you have been watching something that is considered verboten. This can be something political or some media that might be frowned upon in your country, such as music with explicit lyrics.

Why Would They Do It?

In most cases, the answer is very simple: money.

Officially, data collection is used in cases when there are victims of crimes. For instance, if someone sends you threats online, the police can ask for the sender’s information from the ISP and thus make the arrest.

But, it can be used for government overreach. Even some officially liberal and democratic nations such as the UK have been known to set laws that damage privacy and expression more than assisting security.

Online tracking is technically useful for the user. Because the online service can know your location and identity, they can tailor their service to your needs.

For instance, knowing your location when your order something online helps the seller provide you with a better estimate on delivery or if there are any restrictions in your region.

But, it is questionable if such information should be collected without your express permission.

The fact that your ISP can see what you are watching on YouTube alone is not that risky. Unless you live in a country where consuming the wrong media is a punishable offense, the biggest risk with YouTube is just the annoyance that some things might not be available.

But, the implications are daunting.

Your ISP sees more than just YouTube; it sees everything you do online. And, with a bit of corruption and hacking, that data can be available to more malicious entities.

Most commonly, a hacker will not even try to attack the system itself but rather your ISP’s customer support. Because your IP is visible and may be connected to your name, they can assume your identity and often trick the customer support into giving private information.

Additionally, there are all of the websites and services that also see your IP address. If they are compromised, so is your private data. And when they have that information, even your physical place of residence can be at risk.

How to Hide Your Browsing?

Thankfully, this is relatively easy. Most online snoopers have yet to figure out how to trick a VPN, and in some countries, the authoritarian governments had to opt to ban the service as not to allow people to easily mask their data.

A VPN has two major privacy advantages. For one, it will substitute your IP address as seen by web-places to that of the VPN server. This is why it seems that your location changes when you use a VPN.

Secondly, anyone trying to hack your device with that IP address will actually be making an attempt against a VPN server.

People often like to say that hacking a VPN server is equivalent to hacking into NASA, but in all truth, it is much harder than that. Cybersecurity is a VPN provider’s job, while NASA sends stuff to space.

Yes. Your ISP can see what you are watching on YouTube. But, if you use a premium VPN such as Le VPN, the only thing that they will see is your connection to that server. Also, the connection will be encrypted and scrambled.

There’s only one thing left for you, and it is to enjoy your browsing and surfing.