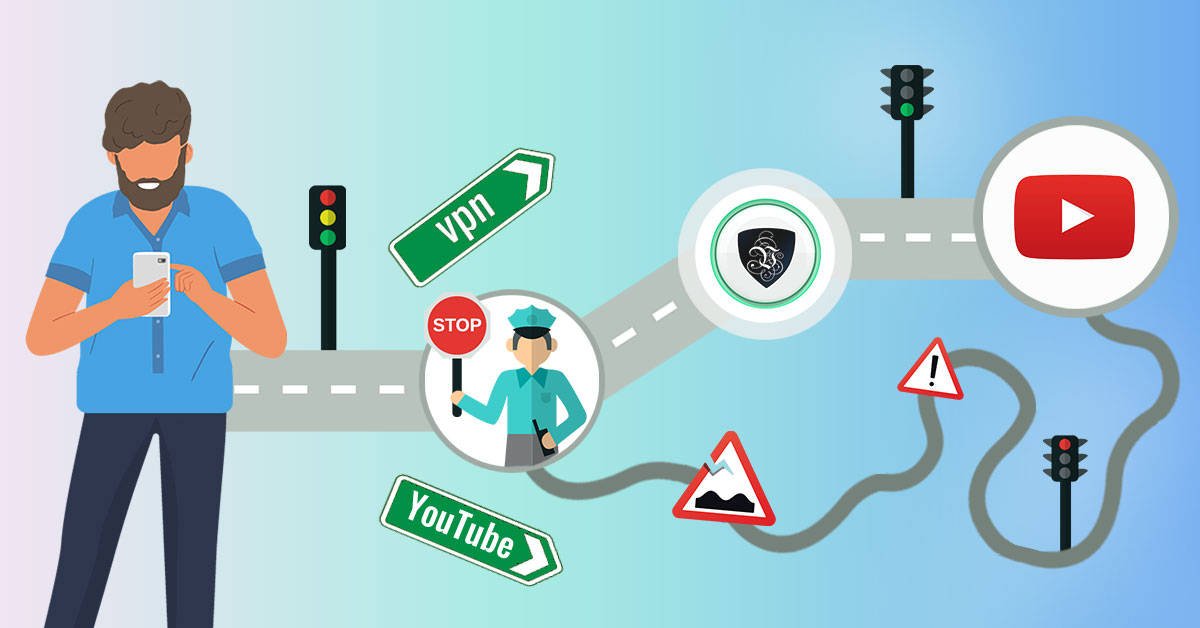 For future historians, it would probably be very clear that the 2010s were a change of an era. Back in 2016, we talked about how to unblock YouTube to watch entertainment, and not it is much more about getting the correct information.

YouTube has evolved to be the go-to source for a lot of what is happening in the world. Often, individual creators will provide a better insight into the matter and more journalistic integrity than much of the mass media, which is why an increasing number of countries don’t like it.

Generally, there are now three reasons why everyone should use a VPN when watching YouTube:

And, depending on where you are, each of these can be crucial for your enjoyment. Thankfully, with premium providers like Le VPN, there is access to every country in the world, leaving the entire internet safely at your disposal to enjoy.

It is a running meme on the internet that May 28th, 2016 is the day Earth as we know it changed, explaining a lot with the death of Harambe, a gorilla in Cincinnati Zoo. While it is a wide range of social and economic circumstances that changed how mass media and social networks function, this visual change happened after the tragedy in Cincinnati.

Where YouTube was once a place to watch funny cat videos and maybe some gaming and cosmetics, now it is a lot about politics and news. Such social commentary happened because of the value real people give to the conversation.

Regretfully, social commentary is a significantly more toxic subject for the internet and it was to be expected that some, if not most of the points discussed will be problematic for someone around the world.

Now, if you don’t unblock YouTube videos with a VPN you would be restricted from finding and watching a significant proportion of the content you are after; And for a variety of reasons.

The main reason is still licensing for music videos. But, some countries block videos for political, religious, or legal reasons. And, there are some like China (and maybe soon Russia) that block the service altogether in favor of their own curated platforms.

Licensing Is Stricter than Ever

YouTube became a huge business. Not only as a subsidiary of Alphabet INC (Google), but for the creators alone it can easily become the main source of income, marketing, or exposure. Reportedly, YouTube in 2021 has 122 million active users every day.

In total, around the world, more than 2 billion people use YouTube at least sometimes, making it the biggest global social media platform.

But, this amount of cash flow also demands better licensing. If there is even a discussion about who has a right to play some content it will be blocked in places where the content uploader doesn’t have a license.

The biggest benefit of YouTube for a wide range of musicians is the fact that they don’t need to have a distributor if they are popular on YouTube. A global license can be made and they can play their songs in every country that wouldn’t ban them for other reasons.

But, if you are using a music distribution platform, then licensing will always be an issue. Many platforms don’t have an agreement for a lot of countries and they will prevent your content from being played there by YouTube because they can’t charge anything for it.

For those who want to listen to music and see videos, this is a constant issue when they want to find a song. And, to make matters worse, you will often find a bootleg video, thus blocking income and views from the original creator.

But, if you know what is a VPN for, you will know that it can show your connection as if it is from a different country. That way you can connect to the content’s country of origin and support the media you like directly.

While reaching content is good, it is not the only reason why you don’t want to publish your IP address when you are going through YouTube. Cybersecurity is a significant reason why you would tray covered, now much more than before.

Even keeping your IP address uncovered for Google alone will cause annoying ads and a feeling that someone is watching you all the time. This is rarely dangerous, but it is bothersome and if you are not using ad-blockers it will influence your experience.

But, the bigger problem occurs with the links found in the description from either untrustworthy accounts on YouTube or simple affiliate links. Unlike Google, it is much easier to hack into a company selling art, and your IP address and even other information can be compromised this way.

Finally, the issue can be on your end. If you are on some faraway beach and want to watch some videos, the connection itself can be surveyed. If you don’t have an encryption tunnel you might be providing a streaming experience for some hackers.

YouTube in 2021 is much more focused on news and communication than ever before. And, while this may be entertaining for many, it does come with even more reasons to learn how to unblock YouTube videos.

Thankfully, with premium VPN providers like Le VPN, you are already almost at home base. By using a liberal search engine like DuckDuckGo and a VPN you can find the content that you want and connect to it from its native country.

The result will be a better experience for you. And, hopefully, it will mean a freer internet for all of us.