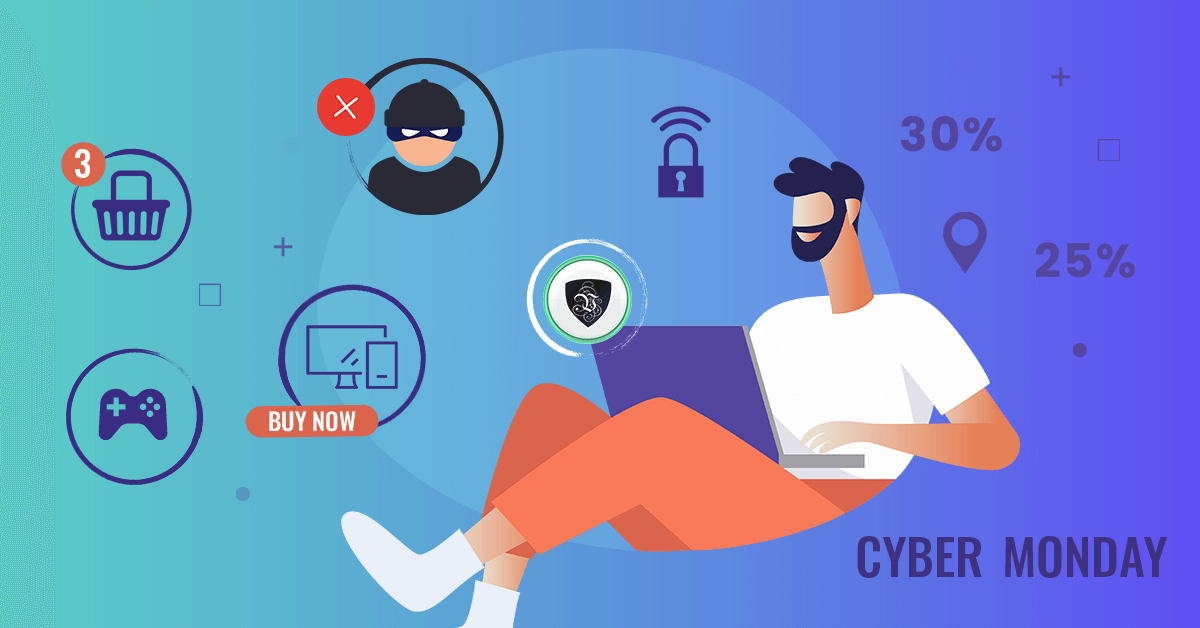 History of Cyber Monday: Birth of a Tradition

With Cyber Monday inching closer and closer, it’s a good time to reminisce on the history of one of the most important shopping days of the year.  At the moment this “holiday” is more than 15 years old, and this year it will take place on November 29th.

Whether Cyber Monday is still standing on its own feet or has entirely merged with Black Friday is most definitely up for debate. Regardless, Cyber Monday is very popular in today’s world, and its popularity keeps on growing by the year.

Cyber Monday was originally created as a counterpoint to the brick-and-mortar Black Friday.  As you may already know, tech is the cornerstone of Cyber Monday deals, and you can expect great deals and discounts on laptops, tablets, TVs, and among other things, VPNs.

Three main reasons why you should consider looking at deals of some of the best VPN providers are:

With more buyers shopping online, the debate over which shopping “holiday” is better is everlasting. Given that many Black Friday deals become Cyber Monday deals, it’s best to shop on both “holidays” and take advantage of the best of both worlds.

Purchasing a VPN is as tricky on Cyber Monday as it is on every other day. With that said, one should be extra cautious and take the time to do thorough research to opt for a premium VPN provider, such as Le VPN.

How the Shopping Holiday Started & Got its Name?

The Monday after Thanksgiving has been an extremely popular online shopping day since 2005. Before the smartphone era, people used the first workday after Thanksgiving weekend to go to their favorite retailers’ websites for discounts they might have missed at in-person Black Friday sales.

Back in 2005, the Nation Retail Federation decided to give the day an official name Cyber Monday – a name that is used to this day. This holiday was coined by NRF executive Ellen Davis.

Today, regardless if you are looking for games, productivity software, or something like IoT Security and VPN protection, this date is when you can usually get the best deals.

Finally, as technology continues to progress and change, the ways we use the word cyber is likely to adjust. Until then, we will continue to call this holiday “Cyber Monday.”

To say that Cyber Monday wasn’t a major hit from the very beginning would be a lie. Every year this holiday has made a new milestone, the first one being in 2005 when Cyber Monday sales rose 26% to $486 million.

The popularity of this holiday continued to grow in 2008, however, not as quickly as it had the previous two years. That year, Cyber Monday sales reached $846 million.

In 2010 Cyber Monday sales had another major breakthrough, hitting the billion-dollar mark for the first time. Two years later, the line between Black Friday and Cyber Monday started to become blurry.

By the year 2017, Black Friday and Cyber Monday were pretty much indistinguishable. That year, Monday Cyber sales reached more than $4 billion.

Blurred Line between the Two Holidays

There once was a time when Black Friday and Cyber Monday were considered two separate holidays. One was originally for in-person shopping, while the other one was for online shopping. However, in recent years, these two holidays have almost entirely merged, and the line between the two has become pretty much invisible.

Generally, some retailers host Cyber Monday and Black Friday sales that highlight different deals. On the other hand, others simply rename their sale to “Cyber Monday.”

These holidays are becoming increasingly indistinguishable from each other, which quite frankly doesn’t bother anyone, as long as those deals and discounts keep coming our way. And for those who know the advantages of a VPN and how to find them, these deals become even better.

Similarly to 2020, experts believe that Cyber Monday will be the biggest day for online shopping in 2021, understandably so. Browsing the internet during Cyber Monday will undoubtedly be overwhelming. With that said, you should approach it as you would approach buying some of the best VPN providers, like Le VPN, with care and time.

All in all, you should do your homework, be calm, and take time to do your research on the best deals and compare pricing. Some retailers will tease upcoming sales on social media, so keep an eye on that as well. Take advantage of everything you have and have a pleasant shopping spree.