Google is to launch an automatic censorship software 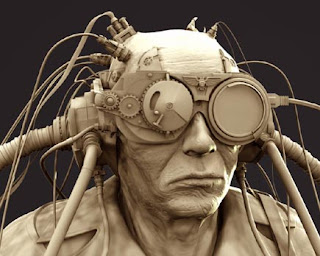 Google is working on a new software which can enable us to validate automatically the legality of the content of an email before sending it.

Google has filed a patent that makes many internet users to be concerned: it is a software called Policy Violation Checker, which scans e-mails at the time they are being written. If the issuer has written something that goes against a law, the software identifies it immediately and can act accordingly, for example, by informing the authorities about it.

The problem is that the software also allows you to automatically alert a third party, if the words contained in the email out of the legal framework. The systematic study of email exchanges can also enrich the database with other “problematic sentences.” Upon detection of a sentence “problematic” the system can however suggest using another phrase “no problem”.

Legitimating its approach, Google comments that “it is in the interest of companies to prevent the violation of internal rules and laws.” The software could be used by a company to discreetly monitor the exchange of e-mails from employees to avoid “actions that potentially lead to violations of the charter of the company, such as privacy.” It can be installed directly in the mail in a company’s intranet or on a computer. And the database can be programmed in one or more languages.

According to Google, this software can help companies that need to monitor what is reported about them to avoid lawsuits or information leaks. Nothing is specified, however, of a possible use by Google mail or government services, whether those of the United States or other countries. Indeed, if the patent is validated by the U.S. Patent and Trademark Office, the commercialization of the Policy Violation Checker could begin within a few months, to companies and governments that want to optimize their web monitoring.

To counter espionage, opt today for a VPN. Simply select a VPN server in France, Switzerland, Germany, UK, or elsewhere, including a selection of IP addresses in 12 countries.

All your Internet activities will be made anonymous and protected by a complex coding military type, which uses PPTP and OpenVPN VPN technologies.

Moreover, thanks to the virtual VPN tunnel that you will have set, your VPN connection will appear as a secure connection from the selected country, allowing you to change and hide your IP address.

Install a VPN today, or follow the VPN blog and social media to make the most of free VPN offers.