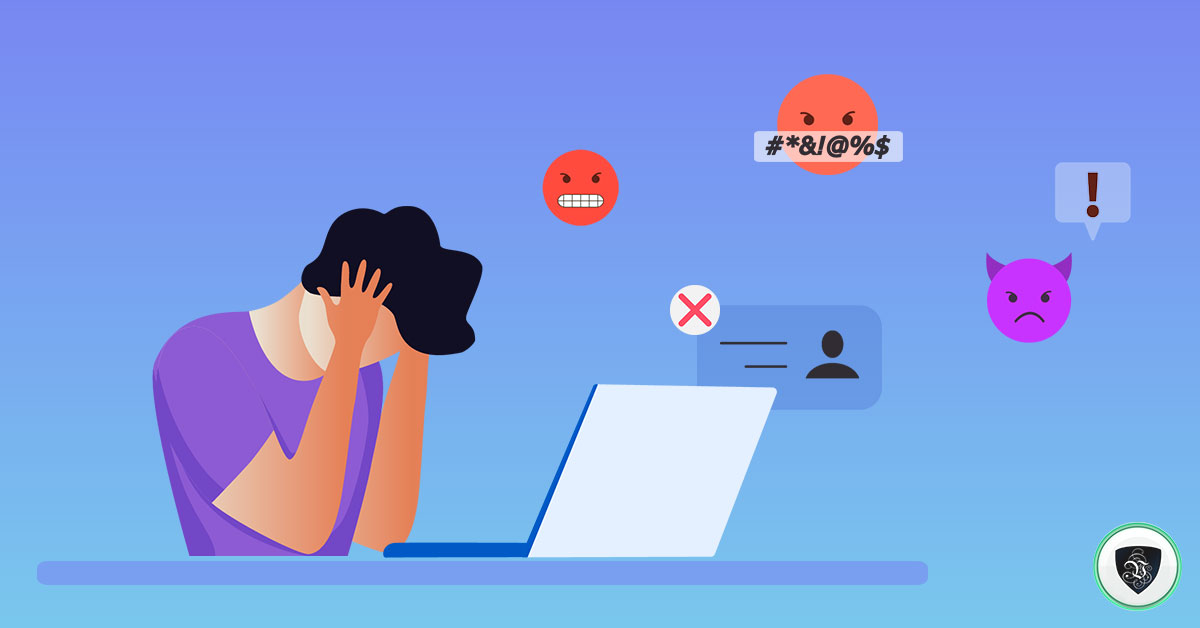 When talking about online threats, we usually try to mention some high-tech dangers like hacking, industrial espionage, and internal data manipulation. But, cyber misbehavior happens a lot more often than high-level cybercrime, and it is more akin to schoolyard bullying than the Cosa Nostra.

But, the fact that such actions are not as complex as some others we try to protect ourselves from doesn’t mean that they are not detrimental. Especially in today’s age, when a lot of people spend their entire lives online, digital molestation can be as bad as physical, at least psychologically.

Generally, when we mention cyber misbehavior, we are focusing on four things:

Each of these has particular circumstances that happen around it. But, what they all have in common that they can be both benign and near-fatal, depending on the perpetrator and the victim, as well as their prior relationship.

The best course of action, as always, is to excuse yourself from the negative conversation. That doesn’t necessarily mean not to read and comment on things that are contrary to your world-views, but rather to prevent becoming a personal victim of social and political conflicts.

Thankfully, this is relatively easy. By making an online avatar and using a premium VPN service such as Le VPN to mask your IP address and other data, you can join the conversation without fear that it will affect your personal life or cause any long-term harassment.

There is a significant difference between crime and misbehavior, and that doesn’t change when things go online. While legally we can include different interpretations made by the Department of Justice, there are also clear lines that can be observed by laymen.

Primarily, cyber misbehavior needs to have the intent to be illegal, and the same action that would be punishable in one situation might be completely okay in another. For instance, teasing between friends online is fun, but doing that to strangers can be harassment.

Sexist, racist, or homophobic remarks are entirely okay if you are using them in jest against members of your clique of friends. But if you are doing that to people you don’t know; you might cause irreparable harm depending on their past experiences.

Cybercrimes, on the other hand, are always a crime, regardless of who is the victim and who is the perpetrator. If you steal information from your parents and misuse their funds – that is still stealing, and you can be punished.

It is Definitely Illegal

There is no question about the legality of cyber misbehavior. While primary offenses can only incur a warning, extended bullying, stalking, and mainly targeted harassment is something that will land you in jail or even prison.

The level of the crime depends on the level of the transgression as well as where exactly you are located. Harassment and molestation can end up with the victim harming themselves or worse, which will make the person harassing the instigator to that harm and culpable.

While laws vary between states and countries, almost all places have some sort of law that forbids online harassment. In some cases, there is an argument that these laws even go too far and that you can be punished for simply not behaving correctly in the eyes of the law while not misbehaving in the legal sense.

Regardless, not knowing the law doesn’t make you immune to it, and maybe some rules should be stricter as harassers of all kinds somehow always find ways to toe the line when it comes to what is legal and what is illegal.

Cyber Misbehavior Is Hard to Prosecute

Ironically, those who break laws online usually have a much better idea of cybersecurity and how to protect their identity on the web, and the same goes for when it comes to cyber misbehavior. They usually follow all the rules we frequently mention should be practiced.

An offender will usually know what is a VPN used for any try to stay anonymous when probing people online and trolling the internet for victims.

Additionally, this kind of harassment, even including cyberbullying and cyberstalking, can often be done across the globe and overall jurisdiction lines. If you know the aggressor, in this case, you might sue them in the place they live, but good luck starting the investigation.

Not to mention that some types of cyber misbehavior that are illegal in places like the US and the EU may not be illegal in other parts of the world. As far as the aggressor is concerned, they are only having a little laugh at your expense while your life is being ruined.

Prevention is, by far, in this case, the best medicine. If you want to ensure that you are safe online, you will need to buy VPN services that are reputable, as well as proven anti-spyware and anti-virus software.

But, even more, you will need to keep your human desire for self-actualization at an appropriate level. If you can feel attacked over any part of your identity, you shouldn’t expose that to the possible attacker.

The rule of large numbers states that there will always be harassers, and you don’t need to take it.

Cyber misbehavior doesn’t need to be wrong on its own. It is the harmful intent behind the action, as well as the consequences for the victim, that makes it so.

While it is illegal, it is much better to have a VPN provider like Le VPN masking your identity than to have to go through the legal system to stop someone from bothering you.