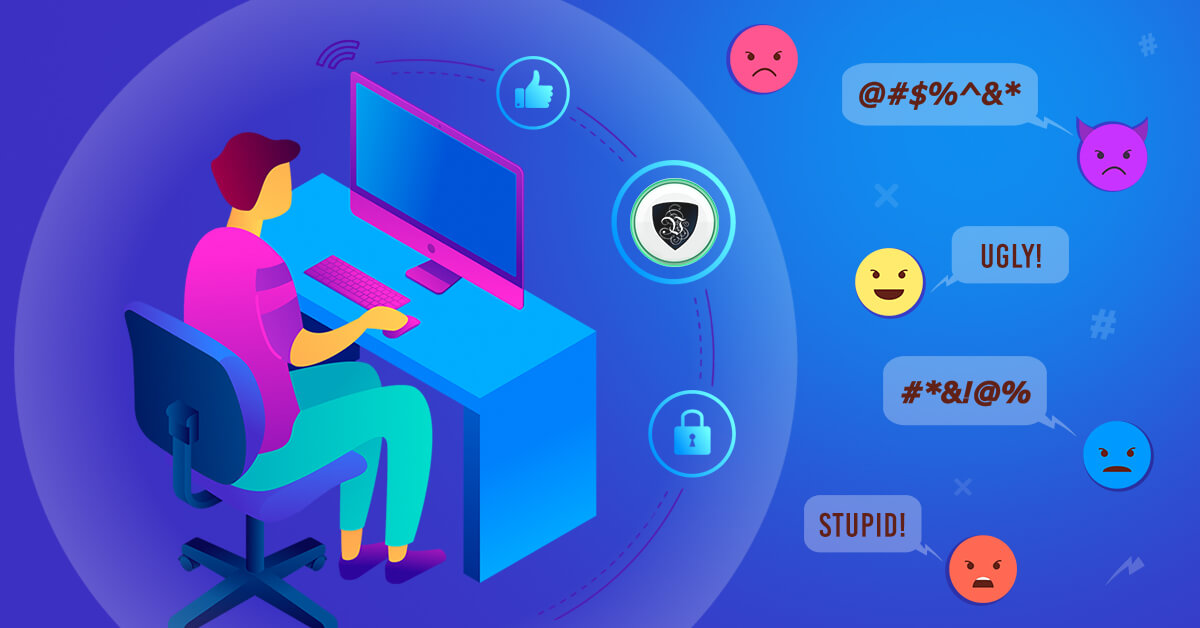 Legal Actions Against Cyber Bullying: What Can You Do?

It seems that there are as many cyberbullying definitions as there are internet users. But, if we are to examine the term, it becomes much easier to see if there can be legal action against cyber buying, or there can be a different solution to our problem.

Sometimes it is impossible to sue your tormentor, as they are under a different jurisdiction, or simply anonymous. These scenarios will force you to forgo civil accords and return to more ‘high school courtyard’ rules. You can either learn to stand up for yourself or avoid the situation entirely.

Through stoicism and meditation, you may use the bile and toxicity found online and transform it into your entertainment. But, that takes a lot of time and a lot of emotional stability to begin with. There is a chance you will break before the journey is complete.

The other option is to remove anything that can be bullied from the view of the harasser. Through cyber hygiene, you can remove your name and history, and with premium VPN providers like Le VPN, you can completely mask your location and device identity.

Finally, from that position of comfort, you can slowly pursue legal action and punish those that torment others on the internet.

What is Cyber Bullying?

By definition, bullying is worse than harassment, or even torture in some cases. This is because a bully will always pick on someone they see as vulnerable or defenseless. Unlike assault, which can be committed against those equal or even superior in strength and durability, bullying is always against the weak.

Cyberbullying is often disregarded because the online space removes the physical characteristic of the interaction to a point. But, this doesn’t mean that it can’t be psychological or threatening. Regardless if it is repeated comments on social media or in-game abuse in multiplayer, someone can pull on your heartstrings.

Online bullying can be as harmful as IRL oppression, forcing people to fall into fear, depression, and despair. This is done by exploiting any weakness the victim shows from a position of power and ill will.

Recourse Depends on the Culture

The idea that cyberbullying is a terrible thing is not global. In some countries, this issue has been taken seriously, while in others, it is waved off as nonsense. You will need to take that into consideration before you call your lawyer.

Cyberbullying laws are in effect only in a couple of countries. Thankfully, this includes most countries that house the largest social media platforms. This means that while you can’t sue every harasser, you can at least flag them to be banned.

Harassment is prolonged unwanted and unwarranted communication. And, bullying is all that done to someone perceived as vulnerable. It is exploiting something the bully knows about the victim to make them feel bad, scared, or otherwise vulnerable.

Someone commenting on your online posts, or sending a random message, can be scary or insulting, but unless they persist in their communication, it is not bullying. That is the reason why we have the block button.

While all platforms and regions have their own specifics, general options are always the same. You can either remove the person harassing you from society or the platform or remove yourself.

Thankfully, by using clever tactics and a VPN, you can still use the same services as the problematic person, but without being bullied.

Regardless of the issue, you should act quickly. Preventing cyberbullying, and cyberstalking is the easiest at the very beginning before it starts affecting you emotionally.

While not all countries have explicit anti-bullying laws, there are cases where you can sue anyone for damages. Harassment, especially of a protected category, as well as defamation, is a criminal offense in almost every country.

Additionally, if someone is sending your explicit death threats, don’t even wait to report them to the authorities. Every major platform will ban them for that and, if they can be found, they will be charged by the state.

Even if it isn’t possible to prosecute someone because of their behavior, you don’t need to stand for it. Reporting online harassment to the social media platform will ban that person from using the service.

Additionally, you can report the incident to your school, or any other place where you think the bully comes from.

Bullying and cyberbullying, as well as similar bad behavior, are frowned upon everywhere, so you should use that.

Taking Yourself Out of the Picture

Your final option is to remove yourself from the picture. If the person on the other side has no personal information about you, they won’t be able to grab a thread they can pull on. Some basic insults will still happen, but nothing that can be directly harmful to your health and wellbeing.

You shouldn’t use your real name and personal information on social media, and you should use a gaming VPN when accessing servers, especially private ones. If neither you nor your devices share any data, there will be nothing to threaten.

The risk of someone harassing you online shouldn’t be a reason to avoid the wonders of the internet. And, whatever you do, you need to remember that it is never your fault.

You should never suffer any bullying and should report, or even file a lawsuit every time you are attacked. And for the rest, there are cybersecurity solutions like Le VPN that will protect your identity and devices.