Can your computer contribute to cybercrime? 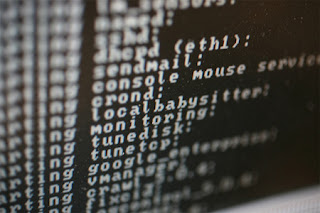 In July 2009, the Internet on computer was very slow for several days throughout South Korea and many sites were unavailable, including official government websites. According to the information service in South Korea, North Korea was behind the attack.

However, for this large-scale attack, computers located in several countries, including Belgium, were involved. These computers were connected simultaneously, in order to saturate the server from these official sites South Korean websites. This attack would have involved in Belgium only several hundred computers. Those computers had been hacked after a visit to a website offering a free video to download.

“By hacking a computer, criminals can develop the complete profile of an individual and gain control over the computer itself,” explains Luc Beirens, head of the Computer Crime Unit of the Federal Police (FCCU) in Belgium. This makes it possible to develop all sorts of crimes: hacking online bank accounts, hacking computers which were allegedly blocked …

According to a Spanish company specializing in security, nearly one-third of Belgian computers are infected with viruses that allow others to take control of them, which represents approximately one million computers.

To avoid being taken as a hostage by cybercriminals, opt for a VPN: this will allow you to browse the Internet, away from prying eyes. So you can surf the web, do your online banking activities and download the files you want, safely and completely anonymously.

No attack can reach your PC or mobile device, because all traffic goes through the VPN secure servers.

Simply select a VPN server in one of the countries available to protect all your activities on the Internet, via a secure VPN tunnel virtual, including an extremely strong encryption military type. Your IP address will automatically be replaced by an anonymous IP address in the country you have selected. So no one will be able to track your online activity.