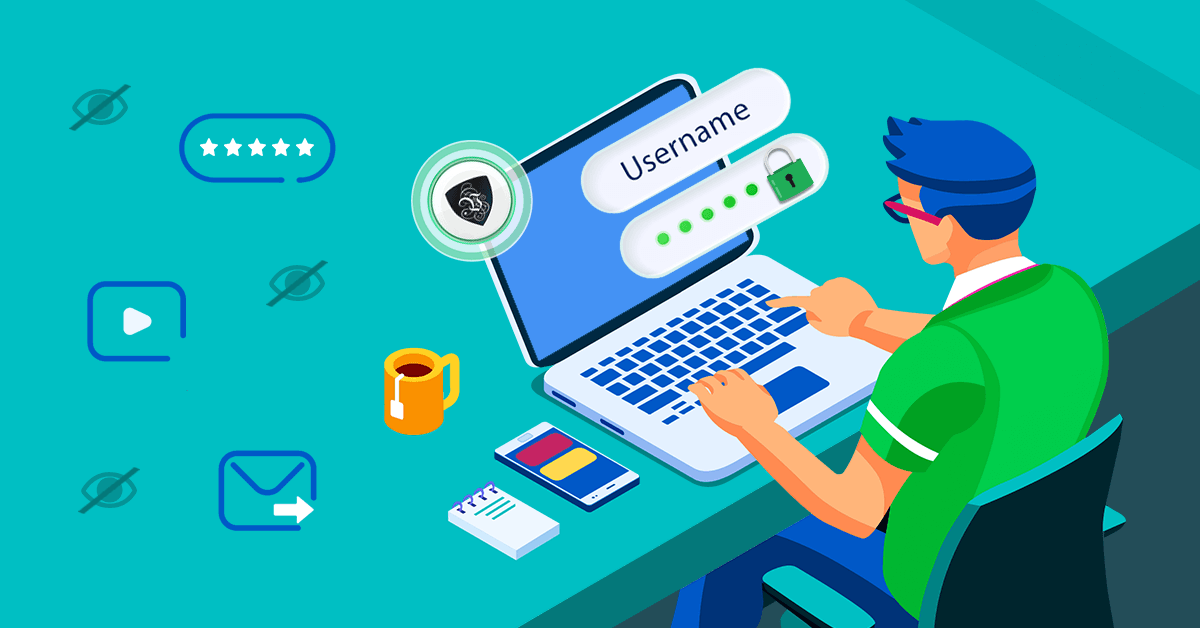 Can VPN See My Passwords? What can a VPN see?

No, a VPN provider can’t see your private passwords, and a good provider will have a policy against any type of attempted supervision. That being said, a VPN will see your log-in data for their service, and a bad proxy connection combined with a malicious website can be a dangerous tandem.

There are three things your VPN provider will be able to, theoretically, see, as well as three things that they won’t have access to.

A VPN can theoretically see:

A VPN can NOT see:

And in the case of premium VPN providers like Le VPN, the company policy strictly forbids from collecting any type of browsing data.

Because of this difference in policy between reputable VPN connection with extensive privacy policies and simple free proxy connections, using the former is considerably safer. Best VPNs offer their customers complete anonymity and are proud of that fact.

Issues that stem from ”Free VPN” don’t always need to be because of malicious intent. Many internet enthusiasts want to offer the world their connection and allow their devices to be used as proxies. This is the basis on which software like the TOR browser was made.

But, once they have enough traffic, these connections become prime targets for hackers. Quickly, the devices used are compromised and can be used to hack users connecting through them.

Even though a proxy connection doesn’t see anything by an IP address, it has an open channel to send data back and re-route connections.

Only with a premium provider which has developed VPN protocols and a VPN kill-switch you can be sure that your connection is always safe.

What Can a VPN See?

As is the case with any service, a VPN needs to confirm your identity, so allow your access to the server. This is, in fact, one of the things that keep the system safe.

But, a good VPN will severely limit their options when it comes to what they see, and especially what they save. Keys will usually be exchanged in advance, and there won’t be any need to collect any type of data for the convenience of the customer.

Still, there are some things that you can expect that your VPN will see.

The VPN server sees your IP address because it needs to know where the packets are coming from. Once it has it, it will forward it to your browsing destination with the IP of the server instead. This is the main reason for what is a VPN used for and simply needs to be done.

Most of us who have accounts of dozens, if not hundreds, of online services, realize that the company on the other side needs to have the data we are providing to confirm our identity.

But, this brings to a small cybersecurity issue that you should be mindful of. Namely, you should never use the same password for two different services. You can use a password generator or make your own nomenclature, but you should keep them different.

Even though the chances of someone hacking a premium VPN server are negligible, this is a good practice to have in general. It should be used mostly out of principle, as much as for protection.

A good VPN provider will never collect or extrapolate your browsing data. It will not give cookies or any other type of tracking. Generally, this type of data is exactly what does a VPN hide, and collecting it will be missing the point.

But, that doesn’t mean that they can’t technically do it. If you are using a simple proxy connection or a ‘’Free VPN’’, you might be under some type of surveillance.

Generally, this is the same type of surveillance your ISP provider will conduct if you live in a country where civil liberty is not an important value.

What Can’t a VPN See?

Some things can’t be seen simply by the virtue of a VPN connection. Private and localized information is just that, and it is invisible to the server you are connecting through.

Any types of leaks in this domain are the product of malware. Bad connections can send malware back, but a premium VPN will never do such a thing. It will even screen websites that would want to send it.

A VPN can’t see your passwords or anything that you are typing on your computer or mobile device.

It can see the data you send to the service, but that would be it.

There is no way for a VPN server to monitor local data. Unless you have a Trojan that can be controlled from another device, the connection itself is incapable of such surveillance.

There is a possibility for a direct connection to be compromised via a MITM attack, but not with a VPN connection.

This is a blessing and a curse. On one side, you don’t need to fear someone seeing your data; on the other, there is no way to know if you are downloading a virus.

Any type of encrypted communication or download won’t be visible to the VPN server. The server will know that you are downloading something and will know the source IP address, but that is it.

A VPN can’t see your passwords. Theoretically, it can see and collect your IP address data, but if you are using a premium VPN provider like Le VPN, even that won’t ever happen.