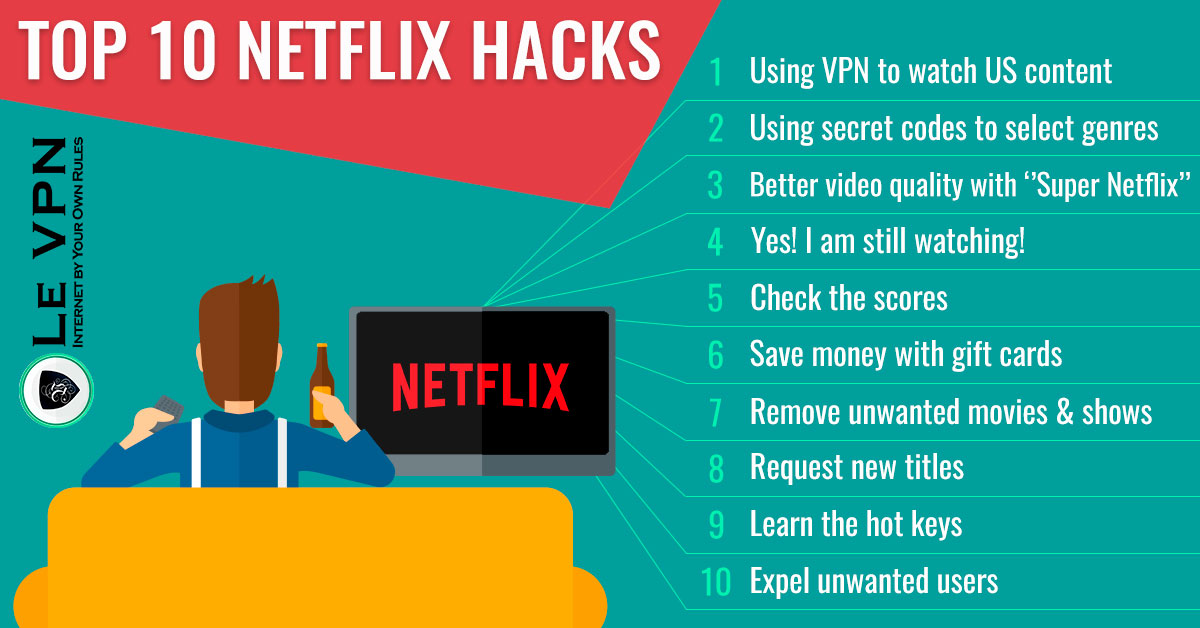 How Can You Avoid The Netflix Ban On VPNs?

Gone are the days when we actually have to wait an entire week for the next episode of our favorite TV show to air. As a matter of fact, the television has lost its importance today. Back in our childhood in the 90s, the television was a luxury few people could afford. And now, online streaming links and websites such as Netflix proxy are replacing TV. Such websites promise to deliver all the latest and trending TV shows to your fingertips for free or a nominal fee. More importantly, for websites like Netflix, all you need is a stable internet connection. As a result, you get to watch TV shows and movies online.

How To Work Around The Netflix Ban?

Netflix, although one of the most popular websites for streaming TV shows and movies, has one disadvantage. Unless you are living in the United States, chances are, you may not be able to access the website. This is owing to geo restrictions imposed by the company itself. Now, although that isn’t fair, there are always ways of bypassing such restrictions. One such way is using a Netflix proxy.

One of the most common kinds of Netflix proxy is a VPN or virtual private network. By using the best android VPN, you can access Netflix irrespective of where you are living in the world.  A VPN works by routing off your internet services to another geographical location. So, even if you are living in any country, your location is still shown as that of the United States.

Clever, right? That’s what the guys at Netflix thought too. Naturally, they took measures to block Netflix proxy and came up with a policy that banned all VPN IPs. The moment you try to access Netflix using a Netflix proxy, you will be shown a message says that the un-blocker or proxy you are using is banned. And you are back to square one.

Now look, using a blocker or Netflix proxy to access the website isn’t entirely lawful. And the company has taken necessary steps to prevent it, which is well within their rights. However, some VPNs remain accessible by a sheer stroke of luck.

Now you can use these lucky, remaining VPNs if you want to use a Netflix proxy to access Netflix that isn’t regional. Or, you can just play it safe and watch the regional Netflix. The worst that can happen is that you might not be able to watch some shows. But there are always other websites that you can use. It is not only ethical, but also safe. It is because we do not know which websites are blocked by Netflix?

The best part about a VPN is that you get uninterrupted services; just make sure the VPN you use is not put on a block list by Netflix already. Le VPN is also offering a promo offer which allows you to purchase its services for $69.60 for two years.