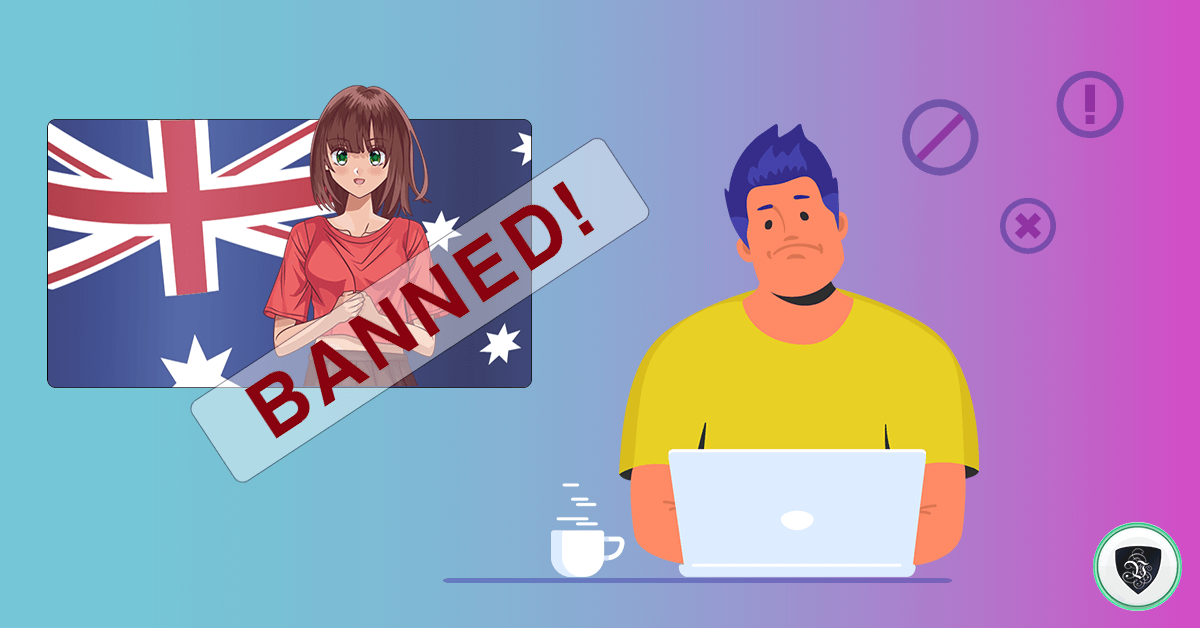 How to Pass the Australian Anime Ban?

While there has been a great commotion online about the Australian anime ban, not everything is as black and white as they appear. The Commonwealth Criminal Code, being the law that governs the ban, isn’t as strict as promoted online.

But, it may be outside its means and impossible to enforce. It is known that laws that ban problems where there are no victims and where the perpetrators don’t feel as they are doing something wrong usually won’t take any ground.

The ban is quite specific and includes only five explicit points:

Additionally, there is a restriction on all adult products that are marketed as such. And that is the problem because many of the legitimate anime series and shows have their adult variants in the same way there is bootleg pornography for any western media.

On one side, children and minors certainly need to be protected from adult themes, especially from any exploitation. On the other side, it is ridiculous to ban adults from enjoying any media that isn’t hurting or exploiting anyone.

Thankfully, the restriction on anime as a whole and any other website are generally easy to circumvent. Using a premium VPN provider like Le VPN, you will be able to access the internet from any server worldwide and watch anime online without restrictions.

Why Is Australia Banning Anime?

Some might call the Australian government’s decision short-sighted, but the reasoning behind the ban is understandable, at least on the surface. Protecting children and minors from any exploitation or immoral acts should be high on the list of priorities for any society.

The general idea is that, as some anime shows portray images that can be interpreted as minors, may be used to groom or incite minors into something immoral or damaging.

But, on further inspection, this argument is seen as short-sighted.

There is no direct evidence linking the medium with any types of perpetrators. Also, some imaging more akin to pornography might be filling out a niche that would otherwise contribute to the market of exploitation.

This is why reasonable advocacy is needed on one side to modulate the laws and bring them up to their full potential.

On the other side, the simple consumption of anime, including the unsavory parts that are basically pornography, is not immoral – provided that you are a responsible adult that is not harming anyone with your behavior.

There is a fine line where censorship ceases to protect one’s rights and becomes an infringement. If you are banning an action that doesn’t have visible victims and has no detrimental effect on society as a whole, you are simply being authoritarian.

Best examples are always made when we take note of censorship outside our cultural borders. We might think that cutting our sexual and adult content is bad, but we realize how banning political speech can be detrimental.

The thing is that both issues are the same. The Sony censorship we have experienced in the West is no better than Chinese or Russian censorship in the east.

This is a good value and something every society should strive for. But, there is a question if the law provided by the Australian government will have the desired effect. Regretfully, it could be just the opposite.

Primarily, there is no connection between child abuse and anime consumption. Even countries where the medium is extremely popular such as Japan, have even slightly lower child abuse rates than Australia.

Additionally, the ban itself is neigh-impossible to enforce. Not only are there VPNs capable of watching anime from the United States, Canada, or the United Kingdom, but there are also plenty of pirate websites that can still be accessed from Australia.

These websites might be stricken with ads and spyware but don’t have an IP address tracker attached to them as they don’t care about where you are watching from.

How to Pass the Anime Ban?

For better or for worse, very easily. If you already have a good premium VPN, you will have an option to connect from anywhere in the world virtually and watch as if nothing has changed.

The ban would still impact your ability to order comics and other paraphernalia to the island, but even this can be avoided if you are patient and careful.

Those who want to unblock websites need to connect to a server where the service is not blocked at all. For Aussies, the best option is connecting to any server in the US. But, one from New Zealand (Aotearoa) should also work perfectly for most of the needs of Australia’s netizens.

The use of a VPN should be primarily for security reasons. With such protection, you will be safe and free from all kinds of snoopers, hackers, and other malicious entities that want to use your data or your devices to harm you.

But, it can also be used to go around the Australian anime ban and not ask permission from the nanny state for anything you would want to watch.

Watching anime is enjoyable, and unless you are using it very incorrectly, it doesn’t harm anyone. But, until the government of Australia finds a better way to protect children online, you will need to use a premium VPN like Le VPN to get around the ban.

Don’t go overboard with binge-watching, but be free to enjoy yourself.