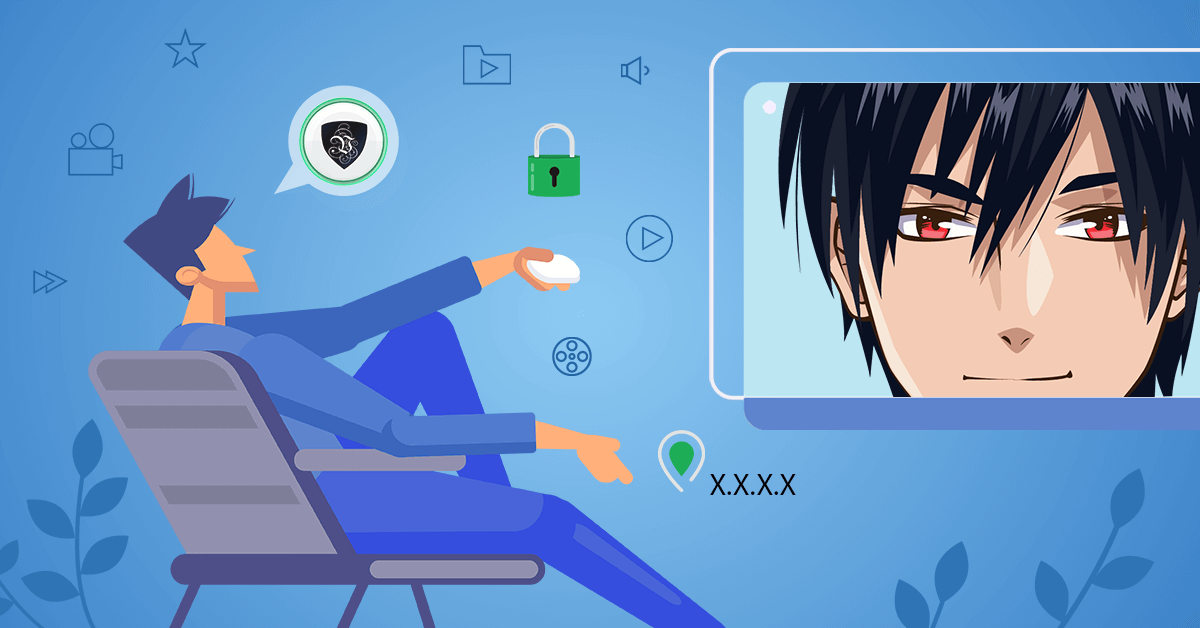 How to watch anime online?

For the last couple of years, the predominantly Japanese medium has been on the rise. Either because of the interesting stories and characters or because of the pure novelty for the western market, and an increasing number of people are trying to watch anime online on a plethora of platforms.

Generally, there are three major platforms online for watching anime shows in the West:

But, other streaming sites are joining the game.

And, there are also less-than-official ways to watch anime, which is not as frowned upon as sailing the high seas when it comes to Western Cinema as it is a new channel for the shows to become popular outside of Japan.

Regretfully, regardless if you are using official or unofficial sources to watch anime online, you will need to protect your personal information. Only by using premium VPN providers like Le VPN you can be sure that you are protected while you are entertained.

Also, using a VPN online for browsing and entertainment allows you access to a wider range of content. This includes access to both large streaming sites and studios directly.

Why should You Check out Anime?

There is a misconception amongst the uninitiated in the West that Anime is just a single genre. Rather, it is a medium, just like film or cartoons. There are as many themes and subjects in anime as there are in Cinema, and probably even more.

Unlike cartoons, which are predominantly gauged towards a younger audience, there are Anime series and movies that deal with deeper or even adult themes. For instance, there are so-called ‘’slice of life’’ anime that show the lives and tribulations of the characters.

Additionally, Japanese anime doesn’t have many of the constrictions present with Western media. Social and economic conflicts present in the US or Europe don’t exist in Japan in the same way, leaving room for a higher degree of artistic freedom.

For these reasons, people find enjoyment in the stories even though they are not live-action, simply because they are stories that they can’t find anywhere else.

For those who want to get into anime right now, the best platform to use is actually Netflix. And, ironically, the first show to watch is not even Japanese. For those who have access to the US Netflix library, watching ‘’The Avatar’’ is probably the best first step.

Once you are more familiar with the genres and types of anime that exist, you can dwell deeper and find other platforms that stream certain series or have exclusive movies.

Keeping Information Exposure to a Minimum

Almost every current platform has cookies that include an IP address tracker. This way, the operator knows what is my private IP address and where you are and is even used to present their achievements to shareholders and investors, as well as potential advertisers.

This breach is not an issue per se but can become one if the company is compromised. Also, being swamped with ads is annoying, and that is what you will get if you leave your info everywhere.

The best solution is to have a dedicated email address and a virtual debit card to apply for these platforms. That way, you can enjoy all of the series you like without the risk of losing your personal information.

Although we completely object to anyone breaking any type of law at any time, the truth is that there are a lot of people who don’t have legitimate access to some anime and need to resort to less than legal means.

These anime lovers may watch anime for free but often contribute by buying manga or figurines.

But, watching anime from torrenting sites can be very troublesome for your cybersecurity. Not only are there anime websites with direct malware, but the honest ones usually can’t stand up against hacks and exploits.

That is why additional precaution is necessary if you want to be safe from spyware, malware, and other malicious occurrences online.

Always Use a VPN

The main reason why use a VPN is to protect your system from hackers and data thieves. But, it is also the only way to unblock websites from regions where they are unavailable. Because some countries like Australia frown on all types of anime streaming, you will need this tool.

Because of the issues present in 2020 that we will try to mention as little as possible and hopefully soon forget, there are a lot of shows in 2021 that are simply amazing.

First of the bat is Demon Slayer, or Kimetsu no Yaiba, which has been made into an anime movie and will probably be in US theaters soon. With its fandom, it rivals some of the biggest comics heroes from the West.

Next, there is Mushoku Tensei, or Jobless Reincarnation, a story of an old dropout from society getting reincarnated in a fantasy world. This is the prime example of one of the most popular genres in anime called Isekai, or literally ‘’other world’’.

Finally, for those more inclined towards personal stories, there is Gokushufudō or ”The Way of the Househusband” that will come out sometime this year with a funny take on stay-at-home husbands.

While there’s a lot to say about anime, it is certainly entertaining. Those that are yet entering the world of the Japanese medium will soon find out the hundreds of shows.

But, whatever you do, always keep your personal information secure.

And by using a premium VPN provider like Le VPN, you won’t only protect your information and devices but also gain access to websites around the world.