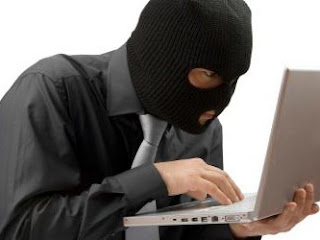 Hacking is often a booming activity, every year in January. In Belgium, no less than 170 websites have already been hacked since January 1st 2013, as revealed by Belsec, a blog specialized in Internet security. The site Gezinsbond which represents the league for Flemish families, is on the list of the victims. “We took the needed security measures and we immediately filed a complaint against the hacker from eCops,” said Helga Basteleurs, spokesman Gezinsbond.

The hacker has indeed changed the presentation of the websites of Gezinsbond and Foret Wallonia, without permission. Another hacker targeted the sites of the Department of Infectious Diseases at Saint-Pierre Hospital in Brussels and the Institute De Mot-Couvreur, a secondary school in Brussels. And there are many other examples. It seems there is no political motive behind, explains Belsec but “it means that someone has managed to get into a system. Recently, the pirates seem to enjoy breaking into as many websites as possible. And the principle used by pirates is that once a site is hacked, it will come again, with attacks then followed at a steady pace. ”

In 2011, the last full year of reference, the Cyber Emergency Team (CERT) has identified 2609 cases of hacking or cybercrime, which represents 217 incidents per month. Out of which 1494 (ie 124 per month) were examined in depth and 1161 of these cases (97 per month) were classified as serious, that is to say, representing a threat or a virus (attempted) fraud.

To secure your Internet security, choose a VPN. Through its technology, a VPN allows you to establish an encrypted VPN tunnel to a host (or server) on the Internet. You can surf anonymously and without restriction: it is impossible for others to intercept your traffic because of the VPN server. This makes your Internet activity impossible to be spotted. After activating a VPN, your IP address is automatically replaced by an anonymous IP address in the country where your server is based.