According to UN, "cyber war is declared" 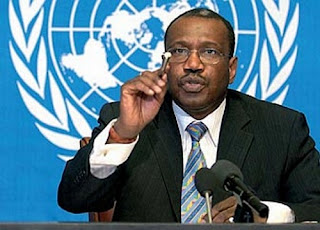 According to the United Nations (UN), the war on the Internet has now become a reality. The UN has urged the international community to further cooperate for a better track down of cybercriminals.

The war on the Internet has actually started, as mentioned by the UN members, at an international conference that brought together technology experts, diplomats and journalists.

Hamadoun Touré, Secretary General of the International Telecommunication Union (ITU) said during his speech that the cyber war – that is to use the internet to carry out attacks in cyberspace – has become a reality and that the world must get prepared. According to him,” war on the Internet is declared.” Comparing cybernetics to a conventional war, the general secretary added” As in a conventional war, there are no winners, only destruction.”

The head of the UN specialized agency did not want to finger point a specific country, but he urged the international community for more cooperation, in particular to better identify the trail of criminals who know no boundaries.

If the attention of the public and the media often focuses on hacking official authorities’ pages, war on the Internet can be much worse and wreak havoc on the financial sector or in public services.

For the first time in June this year, cyber defense was among the addressed topics during a meeting between the defense ministers of the 28 NATO countries in Brussels. This has become a key top with the recent various cyber-attacks targeting Western armies. According to the Washington Post last May, Chinese hackers have used cybernetics to steal data on U.S. military systems. Recently as well, the “Syrian Electronic Army” hacked Western mainstream media social networks to broadcast worldwide the word of Bashar al-Assad’s regime.

So as to avoid being taken as a hostage by criminals, opt for a VPN service; this will allow you to browse the internet, away from prying eyes, without your computer or mobile phone been targeted by the next hacking nerd. You can surf the web, do your online banking and download the data you want, securely and stay completely anonymous.

No one can attack your computer or mobile device, due to all the internet traffic goes through Le VPN secure servers.

Simply select a VPN server in one of the 20 countries available to protect all your activities on the Internet, via a virtual secure VPN tunnel that includes a very strong military encryption level. Your IP address will be automatically replaced by an anonymous IP address based in the country that you have selected. No one can thus monitor your online activity.