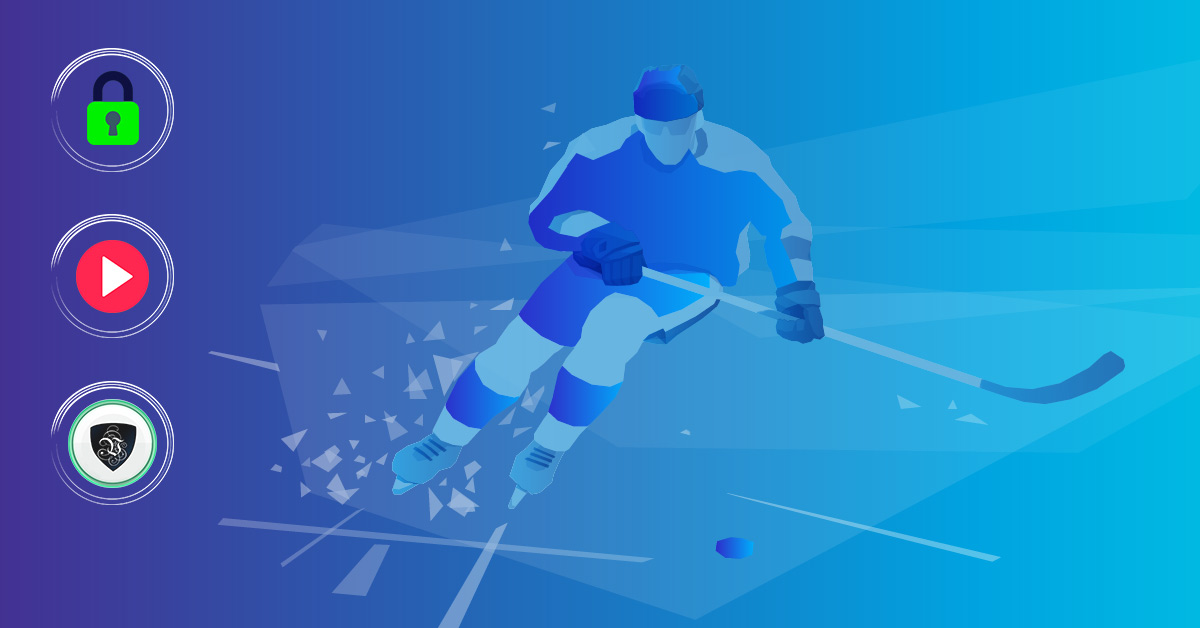 How to Watch the 2022 IIHF World Championship

If you happen to read this, you’re probably already aware that hockey is hands down the best sport on the planet, and you might be correct. Hockey is oftentimes overshadowed by sports like basketball and football. But, the reality is that even the most casual hockey fans will tell you it is a blast to watch.

There are a lot of reasons why so many people that get introduced to hockey get hooked and fall in love with it immediately. Some of the main reasons are:

Reports state that last year’s world ice hockey Championships, held in Slovakia, attracted a global television audience of 1.6 billion. More than 450,000 fans attended matches in Bratislava and Kosice. With that said, there’s no denying that hockey is a popular sport to watch.

With last year’s report, it’s safe to say that the majority of people tuned in online to watch the event. But how many of them were safe while doing so?

Cyber Hygiene is very important no matter what you are doing online. Downloading antiviruses to your computer, regularly updating your operating system, and using a VPN from a reputable VPN provider such as le VPN are some of the main steps if you want to surf the internet safely.

Dangers of Live Streaming the 2022 IIHF World Championship for Free

Generally, there will be many ice hockey fans who won’t attend the event in person and are on the hunt for online streaming services to watch their favorite teams fight for the trophy, understandably so.

Truth be told, free streaming sites usually appear like an obvious choice when you are in search of a way to watch the event. However, the reality is that a number of them not only show stolen and illegal content but act as bait to catch sports enthusiasts unaware of risks such as malware, financial scams, identity theft, and more.

One of many things one should be aware of is ads. Free streaming sites are brimming with advertising that not only gets on your nerves because they are so annoying, but they are often outright malicious as well.

There’s no doubt that traditional online streaming services have become increasingly popular. In addition to that, many people attempt to gain access to streaming sites at a discount or find other methods of watching content online as long as they are not paying for it.

Generally, there are a lot of streaming sites that will encourage their users to create accounts and enjoy it for free, but on the other hand, they offer minimal to no protection of your data. With that being said, the first risk one faces when using free streaming sites is data leaking and sharing.

To make matters worse, even if the site itself doesn’t engage in selling your data to third parties for a profit, it is often poorly executed. It makes it easy for cybercriminals to hack and steal users’ data because of this.

The next major concern of using free streaming sites is that your device will most likely end up getting infected by malware. As previously stated, these sites are usually filled with tons of pop-ups that contain malware which also could put you and your sensitive data at risk.

Finally, the majority of free streaming platforms require users to create an account to use their services. Unfortunately, a lot of people tend to use their main email address and username for all of their accounts. Allegedly, more than 65% of people reuse the same password for multiple accounts.

This is a major safety hazard, as it makes it easy for cybercriminals to obtain access to users’ accounts. Hackers love when people make this easy mistake as it makes it 10 times easier to extract sensitive data, putting users at risk of identity theft.

These are just some of the examples of the kidneys of threats one can be exposed to when using free streaming platforms to watch major sporting events. Hopefully, this will show you that it pays off to be picky when choosing a way to watch the games.

Now that you know some of the potential risks you can face when having poor cyber hygiene, it’s time to learn how exactly you can avoid being a victim of cybercrime and watch this big event in peace with no worries.

If there’s one thing you learned is that using free streaming platforms is just too risky. With that being said, the first thing you should do to improve your cyber hygiene, as well as your safety, is only use legal streaming sites. Luckily, there are many legal streaming services out there, and most of them don’t cost a fortune and can be shared with your family and friends as well.

Secondly, no matter what sites you visit, any device that has access to the internet is at risk of getting infected by malware. With that said, using antivirus programs as well as keeping them up to date is an excellent way to protect yourself from such attacks.

Lastly, if you don’t want anyone to watch your online activity, then you should opt for a VPN. A VPN will mask your online activity; hence it will protect you and your data from getting into the wrong hands. There are a lot of VPNs available, but it is recommended to opt for one that comes from a trustworthy provider such as Le VPN.