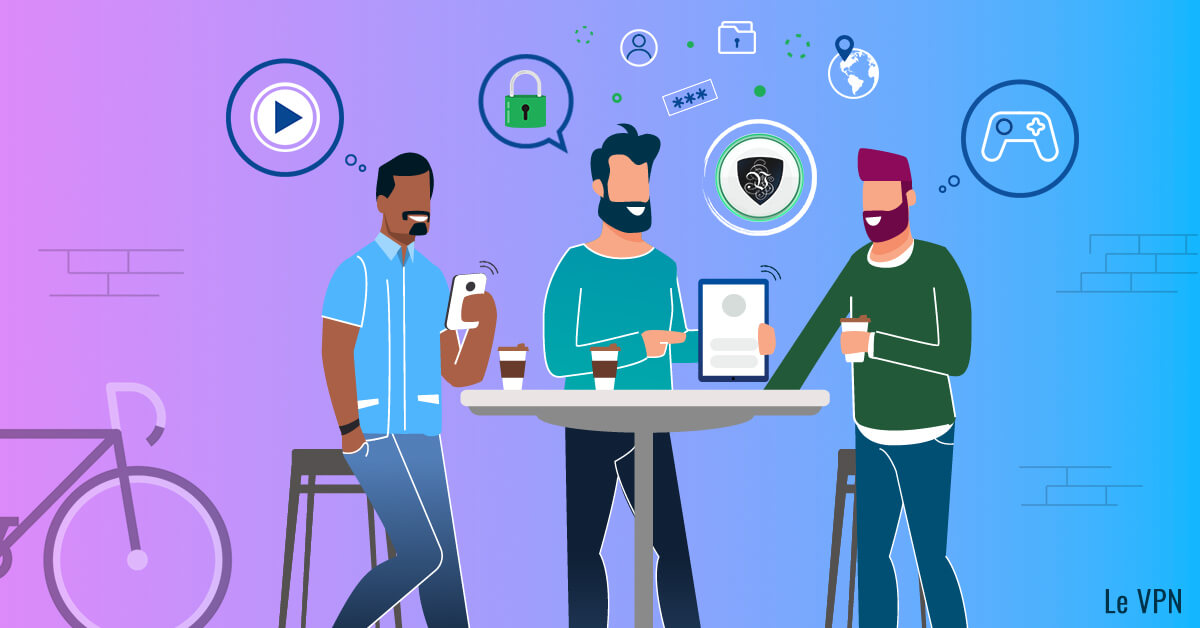 Why are VPNs so Popular? Why do people use a VPN?

A virtual private network, or VPN, is no longer a ‘techy’ thing that is only mentioned by the IT guy at work. Now, millions of individuals and homes worldwide use a VPN every day. The reason why VPNs are so popular is that they solve both some primary concerns like security, and assist in leisure activities like gaming and movies.

There are four reasons why so many people already use a VPN:

Additionally, the more private information we place on our devices, especially on mobile, the greater a threat hacking becomes. Someone gaining access to our email seems pedestrian compared to someone having our whole life in plain view.

This is why VPN providers like Le VPN always need to improve and innovate. There is always more to protect, and at ever greater speeds.

Whoever spoke fifteen years ago about how western governments will survey our every step and punish us for wrong-think online was seen as a conspiracy theorist that fell off the deep end.

Today, that person is simply reporting the news.

Although users are probably more attracted to what VPNs do for their media enjoyment, the surveillance state isn’t helping. There is an increasing number of people who are strictly switching to a VPN connection for security reasons.

There is a Bright Side

The good thing about VPNs is that they are not a compromise. In most cases, you need to sacrifice freedom for security, but with a VPN, you are getting more freedom through security.

Also, there is no longer a bandwidth and latency issue. Older VPNs were somewhat restricted on this front and reduced speeds for a fraction. But, new connections are virtually indistinguishable when it comes to speed and even ping.

And, in places where ping is of the essence, there are servers to resolve that. For instance, there are dedicated gaming VPN servers that reduce the ping and are sometimes even better than the local ISP connection.

With these four aspects combined, the only type of person who wouldn’t benefit from having a VPN is the one not connected to the internet at all. For everybody else, these reasons are more than enough to protect your connection.

This is the main reason why VPNs were made in the first place. A good VPN is a cornerstone of your cybersecurity and one of the most important layers of protection between the internet and your device.

Not only is a VPN masking your IP address so that you can’t be tracked, but it is also encrypting any communication with your device.

This means that even if your primary connection, the one between your device and your ISP, is compromised, your private information will still be protected.

With a VPN, you are not only staying anonymous from websites cookies and data collectors within your ISP, but also other users.

And, if you have something like the IoT VPN, you won’t need to worry about your printers and other devices as well. This is eerily important because printers are one of the most often hacked devices and a frequent entry point for data thieves.

Combined with practices like cyber hygiene, anonymity online is one of the best ways to have a good experience online.

Most people already know that you can’t see all types of content from anywhere.

In some cases, like in China or Iran, the reasons for censorship and blockades are political and ideological. The problem that Harry Potter has in Iran is not licensing, but witchcraft (and probably wizardry).

But, for most countries, the problem is legal. Simply, your native country doesn’t have a domestic distributor for online content. It is ridiculous, but it is the law.

That is why if you have a VPN for Firestick or some other streaming service and you change your country, you will see a different library. And where you want to connect depends.

Generally, the US and the UK are the best options when it comes to live-action shows, as they are the biggest producers. But, for those interested in Anime, there is no place like Japan.

Finally, with a dedicated server for gaming, you can have a low ping (low latency) and high bandwidth without publishing your IP address to everyone.

Aside from griefing and ethnically charged harassment, there is a security question as well.

Everyone you are gaming with has access to your IP address. While sometimes this is masked by the gaming server, that is only a regular occurrence on MMORPGs. Battle-Arena type games usually don’t have this sort of protection.

But, with a gaming VPN, this is not important because you are protected by your VPN server.

While the main reason why everyone should use a VPN is security, it is far from being the only reason. Movies, music, and video games are available from all over the world when you are using a VPN, and you can do all of that anonymously.

And, if you are using a premium provider like Le VPN, you will have over 100+ locations to choose from and even more benefits in the long run.