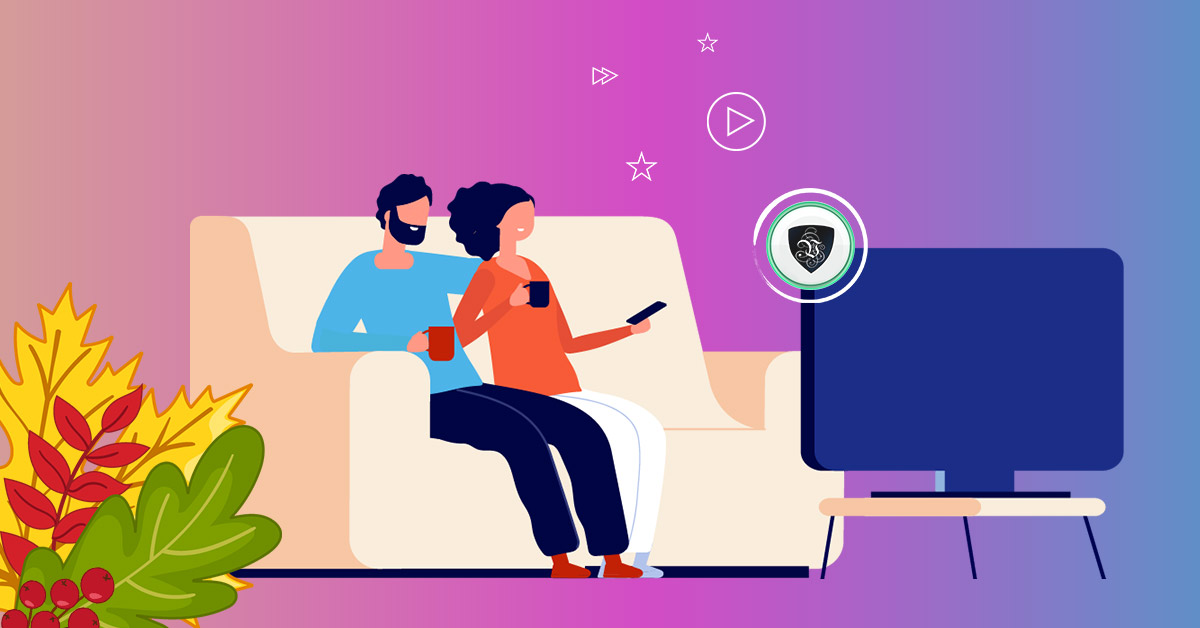 Now that the summer is, unfortunately, nearing its end, people will start to spend their free time streaming their favorite TV shows and movies online. Although the first half of 2022 has gifted us with so many fantastic TV shows and movies such as Outlander, The Walking Dead, and Ozark.

There are a lot of 2022 TV premiere dates we look forward to seeing, starting with the most-anticipated TV shows in September.

When it comes to enjoying and watching movies and shows, one has plenty of options for online streaming and downloading. It’s clear as a day that every year, more and more people are choosing to cut the cord and explore all possible alternatives to cable TV, understandably so.

There are many reasons why video streaming is gaining massive popularity across the globe; some of the main ones are:

Nonetheless, the shift toward streaming comes with certain opportunities and challenges for the video production industry as well as for the viewers. Those willing to adapt by adjusting to these changes will only strengthen their position and establish their reach far beyond their already present capabilities.

If you’ve been looking forward to watching a TV show this September but recently found out that it has been blocked in your country, there’s no need to worry; you just need to use a VPN. VPN TV streaming is very popular nowadays. Aside from the freedom and security, with a good and trustworthy VPN provider such as Le VPN, you also get some very attractive promotions.

Emily Deschanel, one of the most loved actresses on the planet, made her return to television after five years in the new Netflix series called Devil in Ohio, and came to our screens on the 2nd of September. This thriller mystery series, made up of 8 episodes, is based on the bestselling book by Daria Polatin and stars brilliant actors and actresses such as Emily Deschanel, Sam Jaeger, Xaria Dotson, Madeleine Arthur, and Gerardo Celasco.

The “Devil in Ohio” show was directed by famous household names such as Brad Anderson, Leslie Hope, Steve Adelson, and John Fawcett. Moreover, this show was produced by Polatin alongside Rachel Miller of Haven Entertainment.

Finally! The Winx Saga is back with its second season, which started on the 16th of September, a year and a half after its premiere in February 2021. The first season consisted of six episodes, and the second one will have eight episodes.

If you don’t know about the Winx Saga series, it’s a teen drama produced by Archery Pictures. Developed by Brian Young, this show has taken the hearts of many people around the world and brought nostalgia to those who watched the animated Winx Club series when they were little kids.

Magic, teens, nostalgia, and drama are all the ingredients for one successful show today. Like most Netflix series, Th Winx Saga will arrive in full, so you can binge-watch it during the weekend. We were thrilled to hear that at least three new characters are being introduced in season 2, Flora(Paulina Chavez), Sebastian(Eanna Hardwick), and Grey(Brandon Grace).

There is a rumor going around that FateL The Winx Saga season 3 will take place in 2023. However, there has been no official news until now on this matter, so we can not confirm it.

The hit comedy-drama series Cobra Kai returned stronger than ever for its fifth season on the 9th of September, and fans couldn’t be more excited to catch the latest batch of episodes. This series already had a large and loyal fanbase from its time as a YouTube Red series.

But, once it jumped to Netflix, its popularity truly skyrocketed and became one of Netflix’s most successful series, comparable to the likes of Money Heist and Lucifer. It makes a nice mix of sports programming and drama, which can be appreciated by everyone.

The new season will see Jony and Robby heading towards Mexico to look for Miguel, Terry Silver will look to expand the Cobra Kai across the valley, and Daniel and Chozen will be teaming up to take down  Cobra Kai and Kreese.

As far as the cast goes, just about all of the main cast will be back for Cobra Kai season 5, including headliners William Zabka as Johnny Lawerence and Ralph Macchio as Daniel LaRusso. The rest of the main cast is led by young karate students like Tanner Buchanan as Robby Keene, Peyton List as Tory Nichols, Mary Mouser as Samantha LaRusso, and more.

A new Netflix movie called “Blonde,” directed by Andrew Dominik, coming to our screens on the 28th of September, brings us a reimagined take on the life and career of Marilyn Monroe. One thing we can surely say, it’s that, with more than 8 million views on the trailer, undoubtedly, this is one of the most anticipated Netflix fall movies of all time.

The movie has been years in the making and is set to examine many significant moments throughout Marilyn’s life. Who knows, this movie may just surprise everyone.

Finally, no matter which movie or series you plan to watch this fall, make sure to use a VPN from reputable VPN providers such as Le VPN. Take advantage of the New Season, New Sale promo!