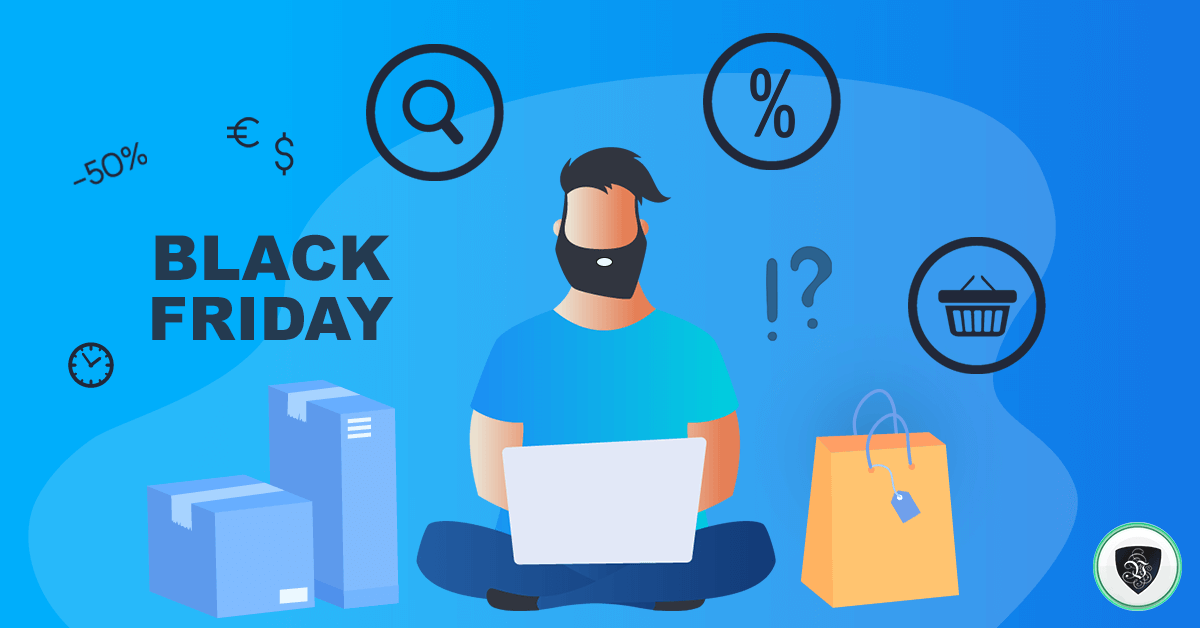 VPN Black Friday Deals: Think Twice Before You Jump All In

It’s everyone’s favorite time of the year – Black Friday. While for many things, this is an ideal time to get those perfect deals, when looking for VPN Black Friday deals, as well as any cybersecurity tools, it is not as simple. Bad free cybersecurity will cost you a lot more than paying top dime sometimes.

While the Black Friday event officially arrives on November 26th, we are already starting to see some big deals roll in. But, we should be certain to get a good product on our hands, not only a good deal.

Whether you are planning to pay the full price for a VPN or waiting for prices to drop, there are a couple of things you need to consider. Three main factors are:

When it comes to VPNs, people will always like to protect their data more but, if possible, pay way less. As in the case of every year, tons of VPN service providers have launched some appealing Black Friday deals.

Usually, some VPN providers offer “too good to be true” deals during Black Friday sales, and people often make mistakes by rushing and getting the deals without thinking that they might not be the best in terms of bank-for-the-buck.

All in all, using a VPN definitely comes with significant benefits to its users, and VPN service providers such as Le VPN are there to protect you from possible dangers when surfing online. Just be aware that cheap does not always end up being the best option.

Hold Off on Buying Lifetime Deals

Although a lifetime deal to a VPN can be a tempting offer, one should not be too quick on their fingers to take advantage of those kinds of deals without learning all the benefits and downsides first.

Truth to be told, the allure of “unlimited” and “free” anything is very mighty in today’s society. People, meaning consumers, often think that they are getting a great deal, when in reality, in most cases, that is not true. Getting a free VPN can sometimes cost you more than buying a premium.

There is a number of different VPN providers that have begun offering lifetime deals to their members. While on paper, the one-and-done deal looks like a “can’t miss a deal,” one of the primary reasons to avoid such subscriptions is the uncertainty in the meaning of “lifetime.”

A Lifetime protection deal might sound fun, but it means next to nothing if the VPN in question becomes compromised or shuts down.

Typically, lifetime VPN deals are used as a desperate cry for help for an already struggling business. However, that’s not to say that all lifetime subscriptions are bad investments. The main thing to note is that if a provider’s only revenue comes from lifetime deals, it’s best avoided.

Raise Eyebrows to “Too Good to be True Offers”

Black Friday sales are inching closer and closer, and every shopaholic knows what that means -time to surf the internet and look for the best possible deals. However, the reality is that you must keep a close eye on “too good to be true” offers since that kind of mistake can easily ruin a good Black Friday.

Generally, both prices and deals can be misleading. With that said, if something looks too good to be true, it’s on you to make sure that the deal is genuine and not some scam. Still, it is a good practice in the Post-COVID world to be safe first and then think of the deals.

The reputation of a VPN service goes a long way in determining its credibility. One of the most effective ways one can spot an unsafe VPN is simply by reading reviews of their services from previous consumers.

A Free VPN Will Cost You in Other Ways

Generally, some VPN providers offer their services for free. However, as you might know, it costs a lot of money for a VPN provider to maintain its servers, especially if, like Le VPN, they have servers in more than 120 countries.

So, when you run into a free VPN, you best believe that they are making money through some other means. This should instantly raise a red flag in your head.

While it’s not recommended to use a free VPN, that is not to say that if a VPN has a free option, it’s automatically not credible. However, if, for example, the free options give you access to the full range of services, you should definitely raise some concerns.

Most Black Friday deals come in limited quantities or have a limited-time offer. With that said, you can find yourself in a rush to get the deal before it vanishes. Perhaps you notice an appealing VPN package deal while in public and are thinking about connecting to a public WiFi to complete your purchase.

The dangers of public WiFi should be all too familiar to you. Cybercriminals are always lurking in the shadows and waiting for you to make a slip, especially on Black Friday. With the knowledge you have gathered so far,  the pressure of choosing a reliable and safe VPN provider such as Le VPN should be reduced.