Russia Bans Yet another Internet Video – This Time The Pussy Riot One! 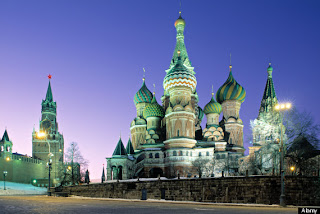 In Moscow yesterday the courts issued an order that they will be limiting internet video access to any of the videos by the popular punk band, Pussy Riot. Two of the band members are already in jail, and the films are said to be far too extreme.
There is a new restricted access rule been passed to make sure that there is a wholesale ban in any of their videos being seen online in Russia. ISP providers are now trying to figure out how to make the ban come in effect.
One of the videos hast he infamous punk prayer ac tbeing performed at the Moscow church, cathedral of the Christ The Savior. It was this very act that had 2 of the band members jailed. The judge didn’t watch any of the videos but banned their website and blog. This is the place where many of their materials are displayed.
A Google rep has told the court that they need to provide a precise list of links that are on your tube in order to make the ban come into effect. The decision was based on four videos that were put on five different sites on the web. The clips were said to be found as extremely offensive. Anyone caught watching them could now risk being fined or worse, jailed! Because of this act, many fans will simply invest in a VPN provider in order to access them.
Some experts who specialize in law have said that the ruling should not apply to the videos and that the band members that are in prison were expressing their rights of speech. Others see it as religious hate and an utter disgrace.
The February video was viral, and it has been seen on You Tube a grand total of seven million times to date. The song calls to the Virgin Mary to get rid of the president, and they sang songs against Putin in a rally in December.
The ban is, however, very difficult to put into place as the video is viral, and it is very difficult to do this now. Global superstars have shown their support to the band though and many have said in the west that it is a little too much to punish the band to this extent. Putin sealed their prison sentence though by not backing down. One star who voiced her opinion well regarding this matter was Madonna.
Earlier, this month bans on other sites in Russia were put into effect and many that would like to view the website that they want to, now will have to bypass the law and get a VPN provider. Some critics have said that the Russian government are way too extreme. It is controversial to ban anything nowadays really because sometimes the more you ban, the more the people that wish to view the material will bounce back and bypass the legal system. Perhaps Russia would have done themselves more favours by allowing people to view the videos regardless.
It causes a strong debate for those around the world in just how far governments should go to stop the viewing of certain websites and does this really help matters? Russia certainly has a long way to go with their systems and policies that are forever changing. If you are in Russia and need to find a way around the internet bans, then try LE VPN which is now also available in Russian on www.le-vpn.com/ru.