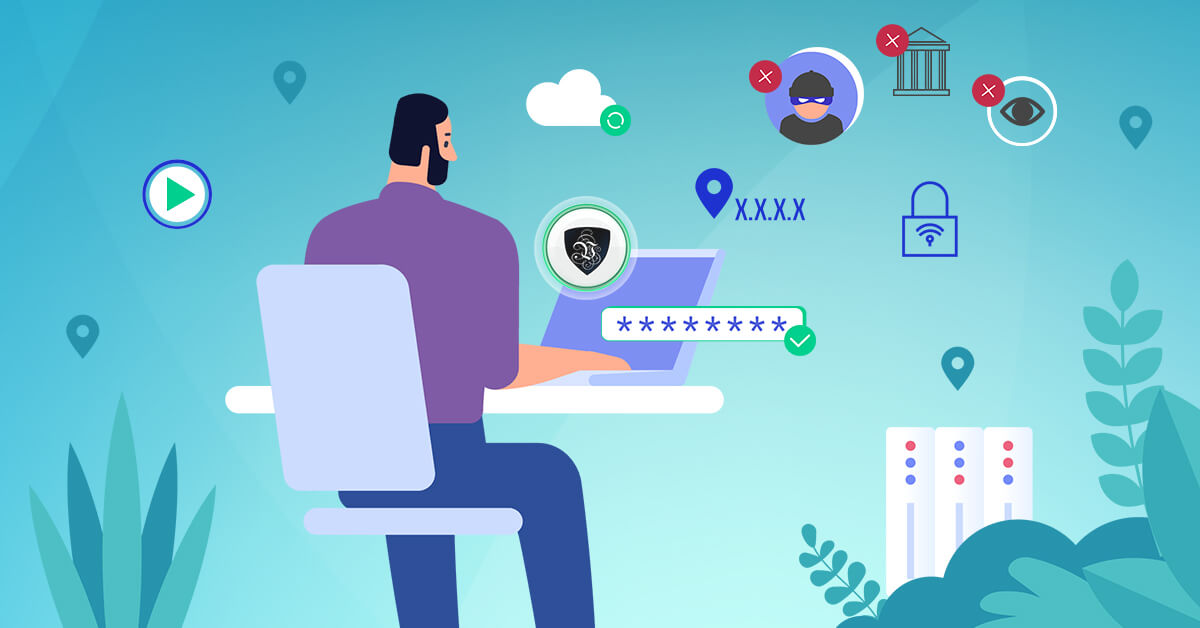 Many things changed in 2020, and many of the perspectives we have on the world, economy, and our lives as individuals needed to adjust. But, the fight between hackers and cybersecurity companies keeps the reasons to use a VPN in 2021 all too familiar.

In the New Year, there are many reasons to use a VPN, but they can all be placed into three wide categories:

And while the first two points are by a wide margin more important than the third, the last one is the reason why most people will use a VPN at all. Generally, if there isn’t a ways to improve our life visibly, we wouldn’t bother.

Thankfully, there is. With a premium VPN provider like Le VPN that has servers worldwide, you can watch movies and listen to music without the nanny state trying to save you from seeing something not approved by a committee.

Finally, a great thing about using a VPN is that you don’t need to compromise your liberty for security. Quite the opposite, the fact that you are free to browse anonymously all over the world is the exact thing keeping you safe.

Those who know what a VPN does are familiar with its main purpose as well. It masks your IP address, the one given to you by your Internet Service Provider (ISP), with the VPN server’s address.

This privacy is also more than just the address. With good providers, your connection will be secured with an encryption tunnel that will prevent any snooper from seeing what you are looking at.

Finally, the biggest annoyance and problem with privacy issues isn’t someone wanting to destroy your life, but rather the ads. The information collected on you by advertisers will be used not only to market things online but with pamphlets to your home as well.

Privacy issues don’t end with the ISP or the website you are visiting. Your information can also leak back from your device back to your router and the internet. And, if you are using just any proxy connection or a free VPN, there is a chance that you won’t be protected.

Namely, only premium VPN providers protect an IPv6 connection, which is quickly becoming the dominant type for desktops, laptops, and mobile devices.

Although privacy is a good starting point for safety, it is not the same thing. If your privacy is under attack, you can be annoyed or harassed, but there is no lasting harm apart from the psychological.

Safety, on the other hand, refers to your actual life and livelihood. It includes your financial information as well as credit and can even go as far as exposing the place where you live to other types of criminals that are not digital.

In 2021, there are a couple of new trends in this field that everyone should focus on, as some types of criminals can’t help but be enticed by the amount of money and information entangled in the world wide web.

There is still a misconception that identity theft is someone pretending to be you in public. Nobody is trying to mimic your lifestyle but to steal the funds and credit that ensures it.

With measures imposed in 2020, a lot of financial institutions made strides to allow multiple types of online banking without needing to visit the bank in person. This opened the way for financial identity theft.

The hacker would steal your information and use it to take out loans in your name. Then, they would buy cryptocurrency, send it to themselves and disappear forever.

To make matters worse, if you have your primary device exposed, you may have your photos and videos stolen. These might be personal enough to demand ransom, which criminals will do.

To end on a high note, the best reason to use a VPN in 2021 is for fun. It is not the most important one but by far the most enjoyable. You can watch foreign movies online, series, television shows, and sports from anywhere on the planet with the same access as the locals.

Different markets have different standards for something to be published. This is why game developers and movie studios now often censor content for distribution in a certain place.

By the time of the Sony censorship scandal in 2019, the practice was well underway. Now, a year and a half later, it is even normalized. It was actually a small Twitter scandal when Nintendo refused to censor games.

Thankfully, with a VPN, you can jump to any market in the world and buy things locally, as they are intended to be seen.

For all of the reasons we needed a VPN for the last decade, we need it today; there is only more of the same problems and benefits. There are more shows to watch online, but also more people who are after your private information.

Thankfully, with a premium VPN provider like Le VPN, as well as some security software and some common sense, you will be able to browse freely as much as you want.