Protect your smartphone and tablet 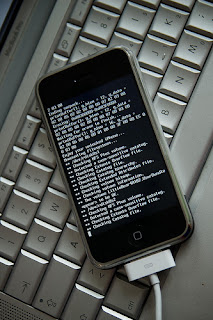 More than 515 million of smartphone and 131 million tablets have been sold worldwide upto today. These mobile Internet users are of much interest to hackers, especially since 75% of them do not protect their smartphone. This is quite worrying especially when you know that in 2012, malicious applications have been multiplied by 82.

By browsing the Internet from a smartphone or a tablet, you can become the victim of a site using “phishing” which seeks to replicate for instance your bank website to steal your username and passwords. Unfortunately, you can also have your phone stolen: many passwords are saved in the applications and the one who finds your device can then access your email, your Facebook account, etc…

Americans lost $30 billion of mobile phones in 2011. Because it does not only happen to others, the most effective solution is to protect your phone access with a password.

Beyond the fear of loss or theft, security firms do warn users about the growing number of corrupt and malicious applications, primarily on Android. According to Symantec, in a year time, since January 2012, the number of corrupt applications on Google system has reached 150,000, being such multiplied by 58.

“This does not mean that Android is a more fallible, but the ability to install applications outside the official Google Play opens the door to infections,” says Stephan Wesche, a Symantec security expert. What about other operating systems? It is calm, with few infected applications on iOS, and a few or none on BlackBerry and Windows Phone.

In general, hackers hijack an official application and re-programme it to introduce some malicious code. The new application is then distributed onto sites, which gives the impression it is an official one. Then this application generates premium SMS costing a few euros each, charging the user who finally realizes it once he receives the bill. These corrupt applications can track the movements of the smartphone, steal passwords and even spy on a user’s home to plan a burglary.

For you not to be the next victim, be sure to pay attention to what you download and read the permissions required when installing apps. Symantec also notes the rise of malicious sips advertisements. “We are witnessing the emergence of new applications, not really illegal but very unpleasant, which can constantly open pop-up ads, change your favorites navigation, change the ringtone or wallpaper to launch an advertisement, etc.., “says Stephan Wesche.

Last but not least, be very careful with Wi-Fi operating without a password: beware of public Wi-Fi as through such open connections, anyone can easily connect with a small software and intercept all data flowing. Therefore, avoid checking your online bank account or to make purchases when you use an open Wi-Fi.

To keep your mobile or tablet safe, use a VPN to easily encrypt your connection.This way, you can safely use even open Wi-Fi. Le VPN offers simple and easy service to implement for iPhone, iPad and also Android phones. So do not wait and just test our mobile solutions.