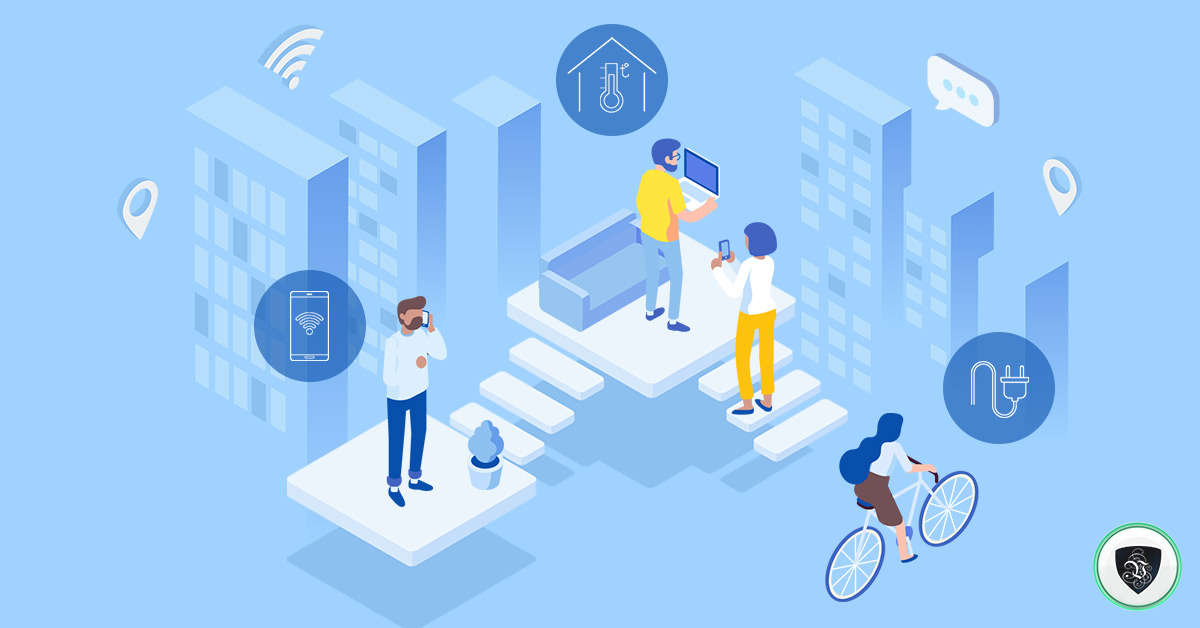 Can You Ever Truly Protect the Internet of Things?

The internet landscape is rapidly expanding. It’s not just about computers, smartphones, and laptops anymore; now, a multitude of devices are internet-connected. From smart trash cans to smart vacuum cleaners and umbrellas, one can not keep pace with technology anymore. However, one thing stays constant, the importance of safety.

Generally, businesses, governments, and consumers around the world have been increasingly using IoT devices for various purposes, and it is widely expected that the use of IoT will only continue to expand. However, rushing into the IoT without taking proper measures of privacy can lead to devastating consequences.

One might wonder why their umbrella can connect to the internet, but there are more benefits; some of the mains include:

Undoubtedly, IoT devices have made our lives convenient and more efficient in more ways than one. However, as you may already know, there’s no such thing as perfect, and IoT devices do indeed have their own sets of flaws, one of them being security.

There has been a lot of discussion regarding the safety of IoTs. Unsurprisingly, many of these systems are still vulnerable to attacks, which has led many to wonder how they can truly protect their IoT devices and if they can do it at all.

The answer is pretty simple, using multiple layers of protection such as firewalls, authentication/encryption, and reliable VPNs from providers such as VPN is the core principle for enterprise security. Nonetheless, the reality is that the sophistication of attacks against IoT devices continues to rise, and greater security measures are much needed.

Reasons to take IoT Security More Seriously Than Ever Before

As you probably know already, cybercriminals are always looking for the opportunity to exploit a vulnerability. IoT security issues are not a “let me hack your trash can and open and close it at my own will” but rather “let me compromise your trash can and gain access to the good stuff such as your network.”

IoT security problems go beyond virtual. Now, it has to do with the health and safety of real human beings, which is why we need to take IoT security more seriously than ever before. Unfortunately, it is estimated that security breaches of IoT devices will only grow larger in the coming years, which can pave the way for a new wave of a totally different felony.

By the looks of it, the quantity of IoT devices will not stop anytime soon, quite contrary actually, so it’s necessary to prepare ourselves for the worst-case scenarios so we can take advantage of the best.

Different Ways to Protect the Internet of Things

In all honesty, best practices for securing IoT devices will vary depending on many factors, two of the main being the type of device and the severity of the vulnerability. However, there’s no need to feel overwhelmed when you have a multitude of universal solutions and help available at your fingertips.

The first step to improve IoT security is to always have a strong password and to change it as frequently as possible. Many people compromise their safety by not updating their passwords regularly. Most of the time, people don’t do it because it’s annoying, but that shouldn’t stop you from taking your cyber security seriously.

The second is use encrypted protocols. Unfortunately, the reality is that very few devices use encrypted communications as part of their initial configuration, which makes it easy for hackers to spot weaknesses.

With that being said, all web traffic needs to use Secure File Transfer Protocol, HTTPS, transport layer security as well as DNS security extensions when communicating online. This is somewhat time-consuming but can save you from several headaches later on.

Finally, you should always use strong firewalls, backup all of your important data regularly, scan all software for vulnerabilities in applications and networks, use antivirus software, use strong authentication biometrics and use VPN to mask your online presence as much as possible.

Don’t Point Fingers at Others for Being Unaccountable

The number of different organizations that are involved in the IoT ecosystem makes it that much more difficult to identify who is, or should be, held accountable for what. However, the matter of fact is that, at the end of the day, you are the only one responsible for your safety and privacy.

With that being said, instead of looking for someone to blame if your data is being breached, you should do your best to prevent that from happening in the first place. Furthermore, you should keep in mind that the nature of IoT devices makes it impossible for an organization to have control over every aspect of it.

In conclusion, we, as individuals, should go to great lengths to protect our IoT devices, but at the same time, it is the organization’s duty to be as transparent as possible. Using VPN from providers like le VPN, regularly updating passwords and operating systems as well as using antimalware software are some easy yet effective ways one can do to enhance their safety. At the end of the day, we all fight for the same cause, which is to put a stop to cybercrime.