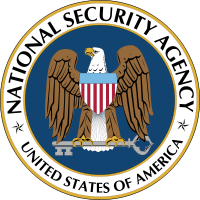 The Washington Post has revealed that the U.S. National Security Agency (NSA) has committed “thousands” of violations of the laws intended to respect the privacy, since it was given extra powers in 2008. This information is based on the analysis of an internal audit and secret documents provided by Edward Snowden to the daily newspaper.

This audit of the NSA, dated May 2012, identified 2776 incidents involving “collection, storage, access and disclosure of legally protected data without authorization” in the previous twelve months, only in the Fort Meade and Washington areas. Many of them were not even meant to happen, but are the result of the failure or breach of normal procedures. Privacy was not very stable.

Another report released by the Washington Post revealed that the NSA has ordered its staff to falsify reports targeted to be handed out to the Department of Justice and the Director of National Intelligence, who were supposed to oversee its work – but many details have been omitted in the said reports. Even if the NSA denied it, this would hide the existence of a case of an unintentional oversight of several Americans.

Indeed, in 2008, many phone calls made to Washington were monitored after a programming error which invert the telephone area code in the U.S. capital (202) with the Egypt one (20). But this false manipulation linked to privacy was not known by those who are supposed to monitor the NSA.

Large volumes of data through the international fiber optic cables in the U.S. were also intercepted. This process, however, was ruled unconstitutional in 2011 by the Court of the Foreign Intelligence Surveillance (FISC), which is the court to issue orders and monitor the activities of the U.S. intelligence. But at the time of judgment, the NSA used this method for several months without informing the IFCS.

A senior NSA employee said: “We are an agency run by human beings and evolving in a complex environment with many different control methods. This is why we sometimes find ourselves on the wrong side of the fence”.

After the strong controversy over the distribution of thousands of documents referring to the methods of the U.S. intelligence, President Obama promised some measures to have “greater transparency” but has always denied any abuse monitoring programs of the NSA.

However, this approach is complex due to the supposedly transparent control was entrusted to James Clapper, who is the Director of National Intelligence, and has been mandated to coordinate the various U.S. intelligence agencies.