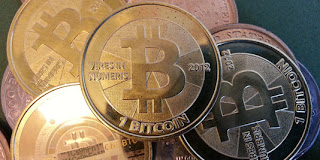 It really sounded like a thunderclap on the cybercrime market places where one can sell, buy and rent credit card numbers, but also malware, DDoS services on demand, personal information about paypal accounts… The founder of Liberty Reserve, a virtual currency which is popular within the cybercrime field for its opacity (anonymous transactions, no identity verification, no transaction limit …) has been recently arrested in Spain. This was part of an international investigation that focused on money laundering charges, involving the U.S. authorities among others. Liberty Reserve, which is based in Costa Rica, was actually using its own currency: its boss is accused of laundering more than $ 6 billion (i.e. 4.6 billion euros). The service was indeed used as a focal point for the exchange of this currency that was beyond any regulation.

Cybercriminals groups using Liberty Reserve for illegal transactions are within the scope of this news. For cybercrime could be strongly and quickly affected by the dismantling of Liberty Reserve. In fact, the funds could be blocked and thus lost for cybercriminals, as they could not convert them into real money.

During the last ten years, several dozens of digital currency have been started on the Internet. The majority of them is encrypted and can be used for illegal secure exchange or can work as substitute payment services for regulated conventional currencies, such as Paypal. Most of these coins are also decentralized and exchanges are maintained by each network user. This thus implies that a point been erased just removes a node in an often dense mesh.

In the past, Liberty Reserve had replaced WebMoney. The question that still remains is who will replace Liberty Reserve, as this kind of dark payments platforms have a real use for cybercriminals.

Protect your Internet connection and your personal data by using a VPN service. Indeed, Le VPN reduces your online movements by replacing your routing information, through hiding your IP address. Secure DNS servers keep secret queries you make, so that nobody can see your browsing history. Your computer is hidden behind the many VPN servers: when you are connected to Le VPN, no one can access your computer or your mobile device without using the protected VPN servers.