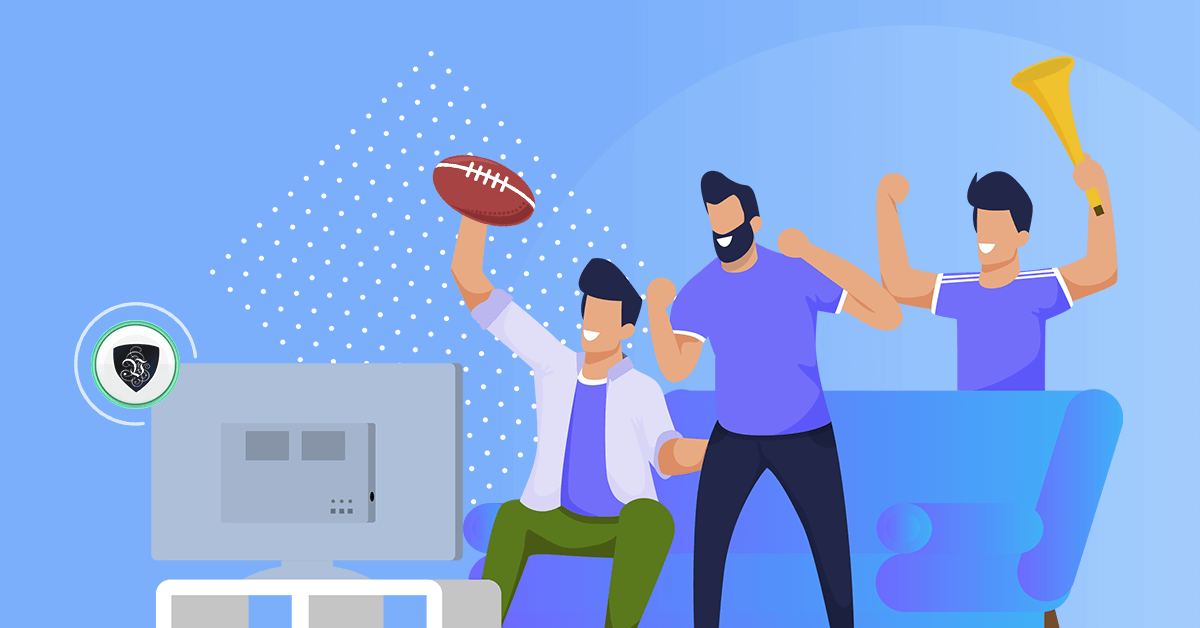 The kickoff for Super Bowl LVI is happening on Sunday, February 13th at the SoFi Stadium in California. The match between the Los Angeles Rams and the Cincinnati Bengals should be an entertaining spectacle because Le VPN unblocks Super Bowl channels for free regardless of your location.

And, the best thing is that all can be seen live and for free in both English and Spanish regardless of your location. Viewers in the US and Mexico can simply watch on NBC and Telemundo, while from outside you will need to be a bit more crafty.

If you have a premium VPN provider such as Le VPN, you will be able to connect to a server in the US and watch NBC or Telemundo as if you are there, and in high quality. Especially with providers who have a SmartDNS, this will be the same as watching any online program.

How to watch Super Bowl live and for free from outside of the US?

NBC has been the main broadcaster for the Super Bowl for some years now. Generally, the easiest way to watch the show is by connecting to a US-based server and watching it live.

This can be done in three easy steps:

The small issue with the best providers is that it might seem that you are spoiled for choice because Le VPN for instance has eleven US servers. But, as NBC is on the East Coast it might be better to use the New York, Chicago, or Atlanta servers.

3 Ways to Unblock Telemundo, CBS, and NBC with Le VPN’s US IP addresses:

1. Establish Le VPN connection to any of Le VPN servers in the US.

Your IP will automatically change to a USA-based IP. The live streaming of any channel that is available to domestic viewers will be unblocked in no time.

Disadvantages: If you are connecting from a country located very far away from the US or on another continent, your Internet connection may slow down because of the distance between servers. It can be quite inconvenient if you are trying to watch live streaming on an already overloaded website (like Fox Sports will be during Super Bowl).

2. Set-up SmartDNS by Le VPN for your current IP.

SmartDNS by Le VPN already has a big list of online media unblocked for you, including NBC and CBS. All you need to do is set it up, which is super fast and easy. You can view the list of all unblocked media here.

Advantages of a SmartDNS connection

SmartDNS automatically sets up for you, meaning that you won’t need to switch servers all the time to change the selection of channels. SmartDNS has already unblocked a vast list of channels and media in the US, UK, and France for you.

3. Establish a HybridVPN connection by connecting to a HybridVPN server closest to your real location.

HybridVPN is a mix of a secure VPN connection with speed and easy access to the media such as with SmartDNS. It is perfect for live streaming Super Bowl on NBC or CBS and protecting your connection at the same time.

Namely, if you are based in one country but need to have an IP of another, while still being able to watch the Super Bowl on a US-based channel – this is also possible with HybridVPN.

For example, you can be based in Argentina, but need to work with a Brazilian IP and also be able to watch American NBC and British BBC. All of this is possible with HybridVPN! Just connect to HybridVPN’s Brazil server from your location in Argentina. Your IP will change to a Brazilian IP and all the American, British, and French media will be automatically unblocked.

The best way to watch live streaming of Super Bowl on Fox, NBC, or CBS websites this Sunday, February 13th, is to use HybridVPN or SmartDNS by Le VPN.

Both options unblock NBC and CBS in no time and provide the ultimate connection speed necessary for live streaming. Prefer the coverage of Telemundo? Just connected to our VPN server in the US with a standard Le VPN connection.