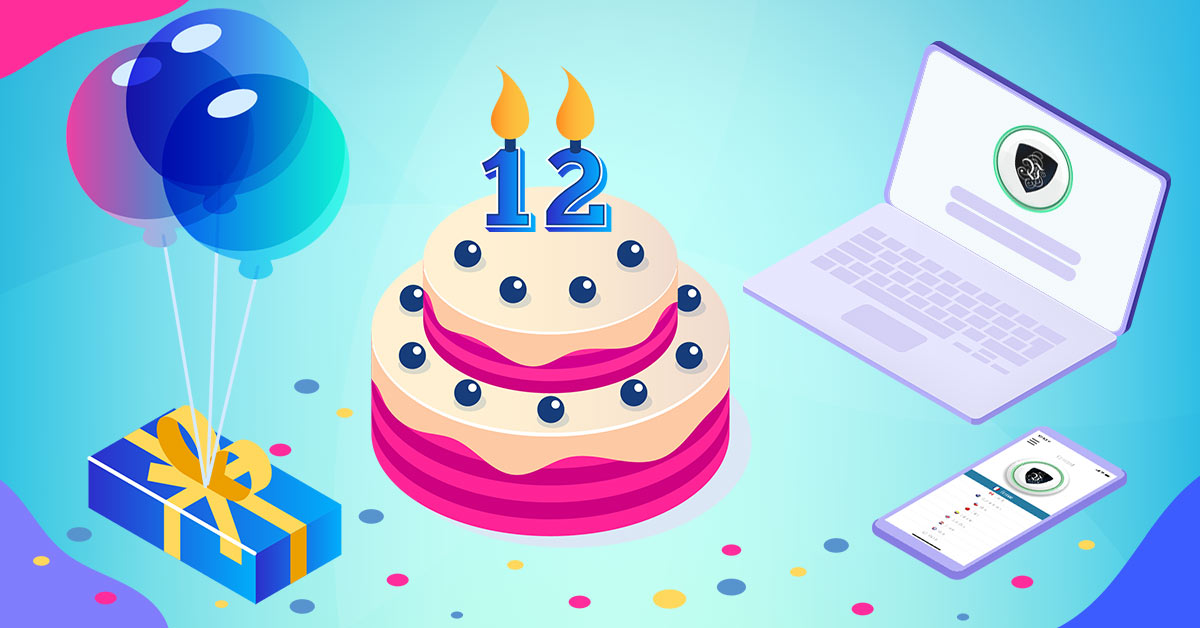 If there’s one real thing that can be said with certainty, it’s that 2010 will always be a year to remember and look back on. Not because the X-Factor created the boy band One Direction that year or because Lady Gaga wore the infamous strange meat dress to the MTV Music Awards, but because Le VPN was born that year. Le VPN is celebrating 12 years of providing users with unrestricted and safer private internet, and it’s only right to dig up the past and remember where it all began.

Le VPN was founded by a group of cybersecurity experts who wanted people around the world to have digital freedom. This service takes pride in the fact that its core message today is still as strong as it was at the beginning.

Having been created in France and being the only service on the French market in 2010, the founders took the liberty of calling its service Le VPN a.k.a THE VPN, and haven’t changed the name since.

Sooner or later, every business runs into speedbumps, and Le VPN was no exception. Some of the biggest challenges Le VPN had to face over the last decade were:

No business stays the same as it was when it first started, that is, if it wants to stay in the game. One more thing Le VPN can pride itself on is the ability to adapt to the changes over the years and not fall behind its competitors, all while staying true to its core values since day 1. Now, that is an accomplishment.

Today, we are not only celebrating the fantastic journey that started 12 years ago but also our loyal clients from practically every part of the world who now rate us 4.8 out of 5 on Trustpilot. Thank you, we wouldn’t be here without you.

As you might already know, Le VPN has a vast and well-distributed network of 700+ VPN servers in over 100 locations. The amount of countries Le VPN covers is truly outstanding. You can find Le VPN’s servers all over the world in Europe, South America, North America, Asia, Central America, Africa, and also the Middle East.

Additionally, every one of Le VPNs available servers offers L2TP, IPSec, OpenVPN, Wireguard, and IKEv2 protocols and an extensive selection of P2P-optimized servers. When testing Le VPN speed on your phone, the disconnect and reconnect speed will always leave you impressed.

Contrary to many other VPNs that can be slow to allow you to switch servers, the Le VPN server will only take you a few seconds to establish a connection, and you can jump from country to country whenever you please.

As for the security features, Le VPN has always put security and privacy at the number one place. There were no leaks in any of Le VPN’s servers, meaning that one’s data is highly protected and secured at all times.

Le VPN offers three different plan options. The most expensive one is the monthly subscription which costs $9.95. The next most costly offer is $4.95 a month for 12 months. Currently, you can get a special deal, a.k.a promo of $2.90/month, where you can save 70% on a two-year offer.

Le VPN provides its users with a seven-day money-back guarantee and accepts a long list of payment types such as Bitcoin, PayPal, and credit cards, among others. Moreover, Le VPN also permits users to pay using several different online payments.

Although it is possible to enjoy a VPN service without spending a dime, truth be told, nothing comes for free. If you are not really paying for the product, you are the product. If you didn’t know, free VPNs tend to make their money by selling your private data to ad agencies and many other firms.

Contrary to that, a paid VPN such as Le VPN offers more bandwidth and a high level of encryption to secure your connection against intruders. Paid VPN providers such as Le VPN earn their revenue from subscribers; therefore, they wouldn’t risk their reputation by selling users’ data to other data companies.

Never Have Your Guard Down When Surfing Online

The online world continues to be dangerous, which is why it’s highly recommended never to let your guard down. Whether you are at home or you happen to be on the go, it is crucial to protect your private data, and one tool that can help you keep hackers at bay without compromising privacy is a VPN service.

A savvy digital individual can utilize the powerful little VPN tool in many ways. However, a VPN is not enough. There are other safety measures one needs to implement to ensure safety and privacy. From backing up your data and updating your OS regularly to making sure your passwords are strong and changing them frequently. Le VPN blog consists of every little piece of information needed to ensure complete security and safety.

There is only one question left, and it’s: what’s next for Le VPN?

Well, we can see that internet usage is moving fast from computers and laptops to mobile devices, so there’s a high demand to make them as secure and private as possible. There’s one more thing left to say: Happy Birthday, Le VPN! We wish you many more years of success. Learn how you can win grand prizes or other benefits to celebrate Le VPN’s birthday!