An Internet Shutdown Is Trivial But Not To Syria 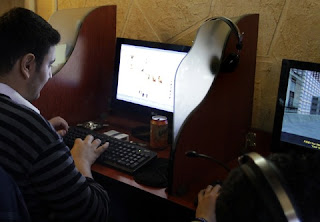 If the United Nations World Conference regarding the way that International Telecommunications is delivered is a successful meeting, it will make the Internet shutdown that was experienced in Syria a legally supported action for every country around the globe. Now that Syria has regained internet access, technical experts have gone into further conversations about the reasoning why government forced internet blackouts are able to occur.
According to the experts at Renesys, the survival of the internet relies on decentralization. However, decentralization is not uniform throughout the rest of the world. In some countries around the globe, international access to telecommunication services and data services is regulated by their government. This is the reason why Internet Shutdown has been a very good idea around the globe.

It is widely known that the government of Syria was the primary reason why internet communications were shut down. This is actually not the first time that the internet was shut down in the country. The last time that Syria decided to shut down the internet, was just in time for the largest anti-government protest to begin. This protest was responsible for killing over seventy two citizens. Many living in Arab countries already utilize VPN providers in order to be able to fully access all the necessary resources that the internet had to offer. A VPN will bypass any blocks and restrictions that your IP provider has made making current new and events available once again.